How To Catch Tautog – On The Water 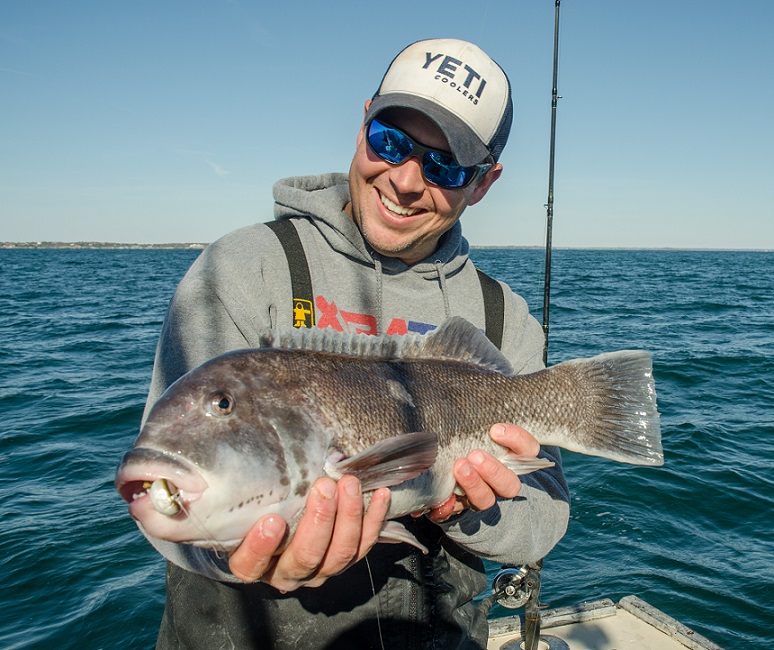 What is a tautog fish?

Learning how to catch tautog has become extremely popular in recent years, as saltwater anglers target “tog,” or blackfish, not only for their phenomenal filets, but also for fun. A bottom-feeding fish, tog can be found from Cape Cod west into Long Island Sound, and south from New Jersey to the Chesapeake Bay. Catching tautog comes down to having the right bait, the right tackle, and the right technique; here are a few tips to get started.

When is the best time to fish for tautog?

Tautog fishing season varies from state to state, but learning when to hit the water is crucial to success. As a general rule of thumb, spring tautog and fall tautog gives anglers the best opportunity to catch legal and trophy tog. Shore anglers should spring tautog fish in April, May, and June, and again in September, October, and November. While many saltwater fish migrate south in the early fall months, tog are an inshore fish, and can be caught well into December. Winter fishing for trophy tautog has become popular off southern New Jersey and Delaware Bay. The world record tautog weighed 28 pounds and was caught off Ocean City, Maryland.

As sea temperatures cool down, tog move into deeper waters. Although some saltwater fish feed at night, tog are strictly daytime feeders and go dormant at night.

Submit your tautog photos on Instagram using the hashtag #onthewatermagazine, or email them to feedback@onthewater.com.

Where is a good place to catch tautog?

The best tautog fishing spots are areas with hard structure like rock piles, boulders, wrecks, mussel beds, jetties, bridges, moorings, and reefs. Try to find spots away from other boats and anglers, as the most popular areas will be overfished. Capt. Mike Roy of Reel Cast Charters recommends moving to another spot if 15 to 20 minutes go by without a bite.

The best spots to fish for tautog are jetties, rock piles, boulders, reefs, and wrecks.

What is the best rig for tautog fishing?

Experienced tautog fishermen favor traditional lead weight rigs in 10 to 30 foot depths, given that lead sinkers can stay positioned in areas with heavy current. One of the best rigs for tautog is a High-Low rig with a lead sinker that can be easily swapped out for a different size weight using a surgeon’s loop.

A High-Low rig is one of the most common tautog rigs used by shore anglers.

In recent years, tautog jigs have flooded the walls of northeast tackle shops and are used by boat and kayak tog anglers. Check out this video by On The Water editor Jimmy Fee, where he offers up a few tips on how to get started jigging for tog.

What is the best tautog fishing bait?

How to catch tautog using bait simply comes down to the preference of the fish. Green crabs and Asian crabs are the most effective tautog baits and can be found at most tackle shops. A pair of scissors is a must-have for snipping the claws and legs. Don’t hesitate to throw some crushed crabs and legs in the water to create a slick in the water. The slick will put nearby tog into a feeding frenzy. 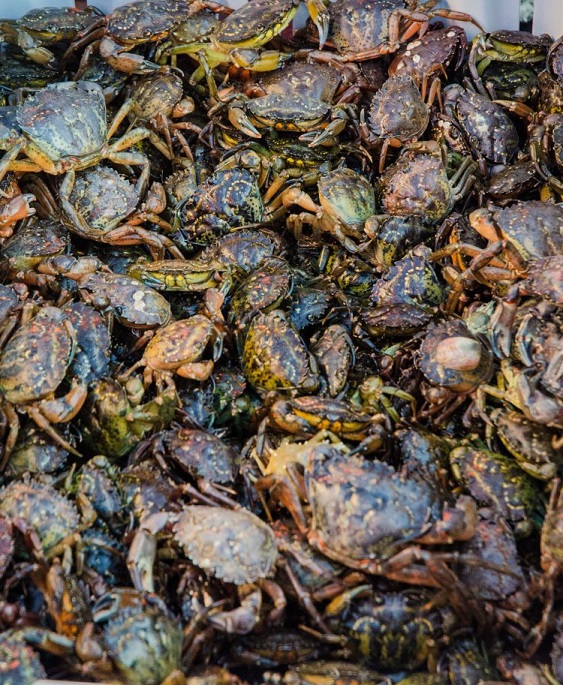 Green crabs and Asian crabs are the two most common tog baits.

Tautog teeth are built to crush shellfish and they aren’t crab shy. Insert the hook point through a rear leg socket and out the top of the shell. It’s okay to hook several small crabs at once, as tog are notorious for picking off the bait and not getting hooked. Furthermore, if the local tackle shop is out of green crabs, it’s not difficult to find Asian crabs along the shoreline. The best way to find Asian crabs is to turn over a few bowling-ball-sized rocks near the high tide mark. It might take 30-60 minutes to fill a small bucket, but it’s worth the time and effort.

How do you set the hook on tautog?

With so many options, choosing tautog fishing tackle can be overwhelming. Although tackle shops carry a plethora of tackle, keep it simple. If the water is deep or the current is moving at a fast clip, a conventional setup is ideal for boat and kayak tog fishing. When fishing waters 30 feet or less, or when fishing from shore, a spinning setup is practical. Head to a local tackle shop and ask for help picking a tautog setup. Toggers with experience prefer a rod with a sensitive tip and a strong mid and butt section.

A lightweight spinning reel like a Shimano Stradic 4000 is preferred by many when using a tog jig. (Photo: JoeBaggs Tackle Togzilla Lay-Perfect Jig)

Trophy tog will head directly for a hole or structure when hooked. For this reason, Joe D’Agostino of JoeBaggs Tackle recommends using 20- to 30-pound braided line with a 50-pound fluorocarbon leader.

How to cook tog: tautog recipes

Tog is considered by many anglers to be the best Northeast inshore fish for the dinner table. Tautog is fairly easy to filet, even for those who have never brought home fish. After the scales and blood are washed off the filets, two firm and mild-flavored pieces of fish remain. During the chillier months, a tautog chowder recipe is one of the more popular dishes. If chowder isn’t in season, On The Water author Andy Nabreski recommends Portuguese-style braised tautog.

During the cooler fall weekends, a hearty tautog chowder is an excellent option to warm up friends and family.

Determining Where Bluefin Tuna Come From | Focus on Fisheries