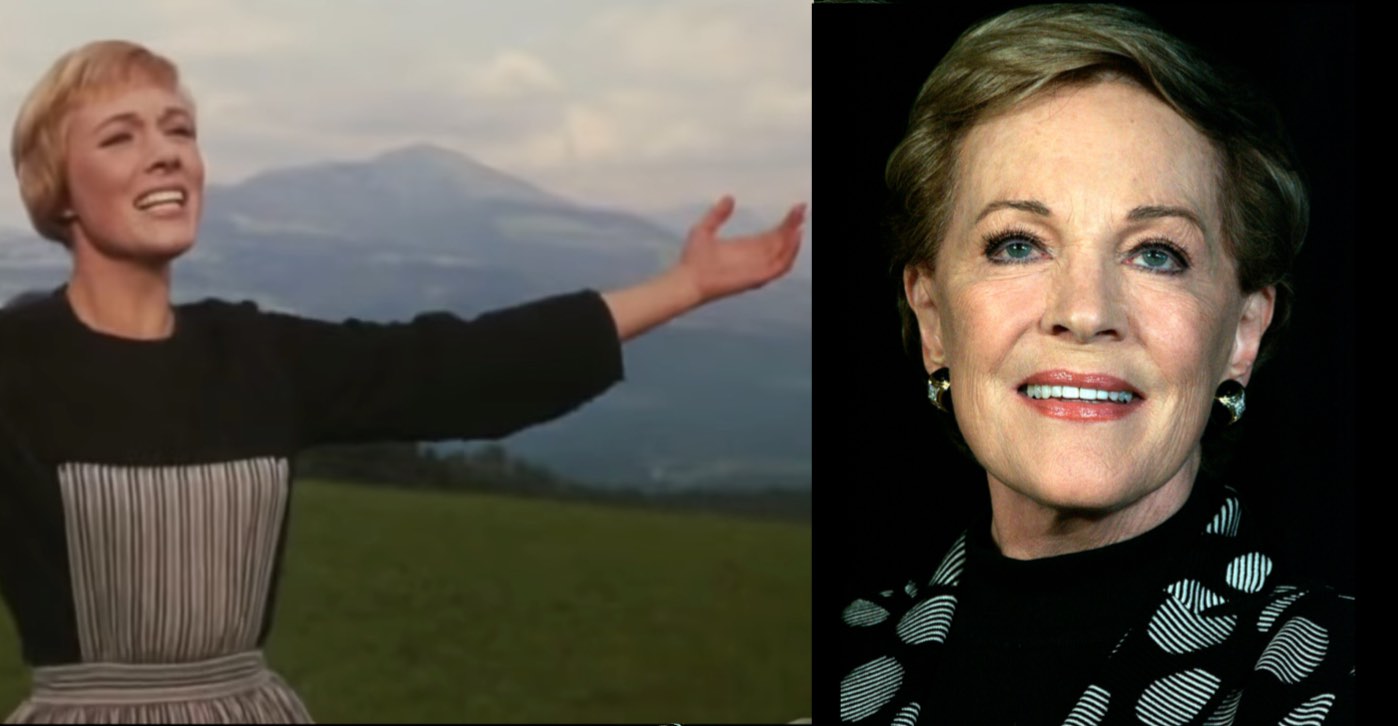 The hills are alive with the sound of ‘Happy birthday’—and we hope Dame Julie Andrews has a Supercalifragilisticexpialidocious day!

Andrews has appeared in 44 films and countless broadway shows, but it was her movie debut at age 21 in Mary Poppins that won her the Academy Award for Best Actress—and her role as Maria von Trapp in The Sound of Music that won our hearts.

She turns 85 years old today, and this year was set to be pretty special.

She was due to be honored this year with the prestigious AFI Life Achievement Award, but the April gala was postponed due to the pandemic.

It’s no wonder she was chosen for the honor. Her stellar singing, dancing, and acting have earned her awards in three of the big contests—Grammys, Emmys, and Oscars—and The Sound of Music, after remaining in theaters for over a year in 1965, is still the 6th highest-grossing movie of all time (when adjusted for inflation).

2. She launch a new podcast called Julie’s Library in which she and her daughter, Emma Walton Hamilton, host story times—reading their favorite children’s books during 18 episodes, so far.

3. She wasn’t exactly “G-rated” on the set of The Sound of Music—the wind in the Alps made her cuss like a sailor. A lot.

5. Her singing voice has never recovered since a 1997 surgery damaged her vocal cords. While she has performed a few musical numbers since then, she says it has all been “speech singing,” effectively talking with the music because she can only reach a few bass notes. (At the 2015 Academy Awards she joined Lady Gaga on stage and gave her a hug after the 50th anniversary tribute to The Sound of Music.)

6. She became a best-selling author, publishing over 30 children’s books with her daughter and a 2019 memoir, Home Work: A Memoir of My Hollywood Years, and says that writing them—and directing theater—has provided her with a new voice.

7. She almost didn’t get the part of Maria in The Sound of Music, until Walt Disney stepped in. Director Robert Wise had heard of her, but not seen her on film, and while Andrews had just completed “Mary Poppins,” it hadn’t been released yet. Walt Disney generously sent Wise a clip of his movie — and it cinched the role for Andrews.

8. One of her biggest lifelong fans is Jon Stewart, who told her on the Daily Show he considers himself an “honorary Von Trapp.”

Walk with Julie down memory lane in this ABC interview from 2019.

Interview with the Amazing Emmanuel Kelly, Plus the Top Good News of the Week (Ep.#6)

The Best Movies and TV Shows New to Netflix, Amazon and Stan in Australia in November

TV Medical Dramas Are Donating All Their Gowns, Gloves, and Masks to Real Hospitals Fighting COVID-19