‘We’re in for a whole lot of hurt.’ Fauci’s comments infuriate the White House. 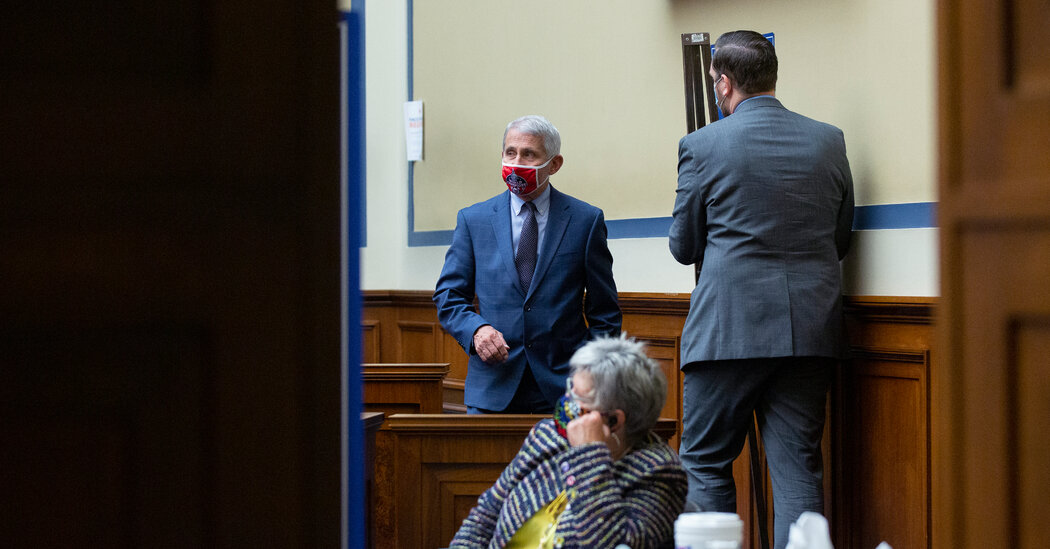 Continue reading the main story Dr. Anthony S. Fauci at the Capitol in July.Credit…Stefani Reynolds for The New York Times

He has been dragged into both campaign debates, where President Trump misrepresented his positions on the pandemic. He has been featured prominently — and out of context — in a Trump re-election ad. And he has been openly derided by his own boss as a “disaster.”

Now, it seems, Dr. Anthony S. Fauci, the nation’s top infectious expert, may have had enough.

As Mr. Trump toured the country assuring Americans that the U.S. has “turned the corner” on the coronavirus, Dr. Fauci looked ahead to the coming winter and declared that “you could not possibly be positioned more poorly.”

“We’re in for a whole lot of hurt,” Dr. Fauci said in an interview with The Washington Post published on Saturday.

And in a statement that rankled the White House, the famously apolitical health official offered praise for the Biden campaign’s approach to the coronavirus, saying it was “taking it seriously from a public health perspective.”

Mr. Trump’s campaign was “looking at it from a different perspective,” he said, one focused on the economy and reopening the country.

In the interview, Dr. Fauci rued the virtual exile he and Dr. Deborah L. Birx, the White House’s coronavirus task force coordinator, find themselves in these days.

Mr. Trump, in a battle for re-election and eager to portray the virus as tamed, has preferred the counsel of another pandemic adviser, Dr. Scott W. Atlas, who has questioned mask use and offered a number of other contrarian philosophies.

“I have real problems with that guy,” he said.

Dr. Fauci suggested that Dr. Atlas, a neuroradiologist with no infectious disease background, is out of his depth.

If Dr. Fauci has taken off the gloves, the White House, once eager to avoid open confrontation with the politically popular figure, now appears to have done the same.

In a statement to The Post, Judd Deere, a White House spokesman, said it was “unacceptable and breaking with all norms” for Dr. Fauci to “play politics” three days before the election. Dr. Fauci, he said, had made “his political leanings known by praising the President’s opponent, exactly what the American people have come to expect from the Swamp.”

How much will the wildfires cost?