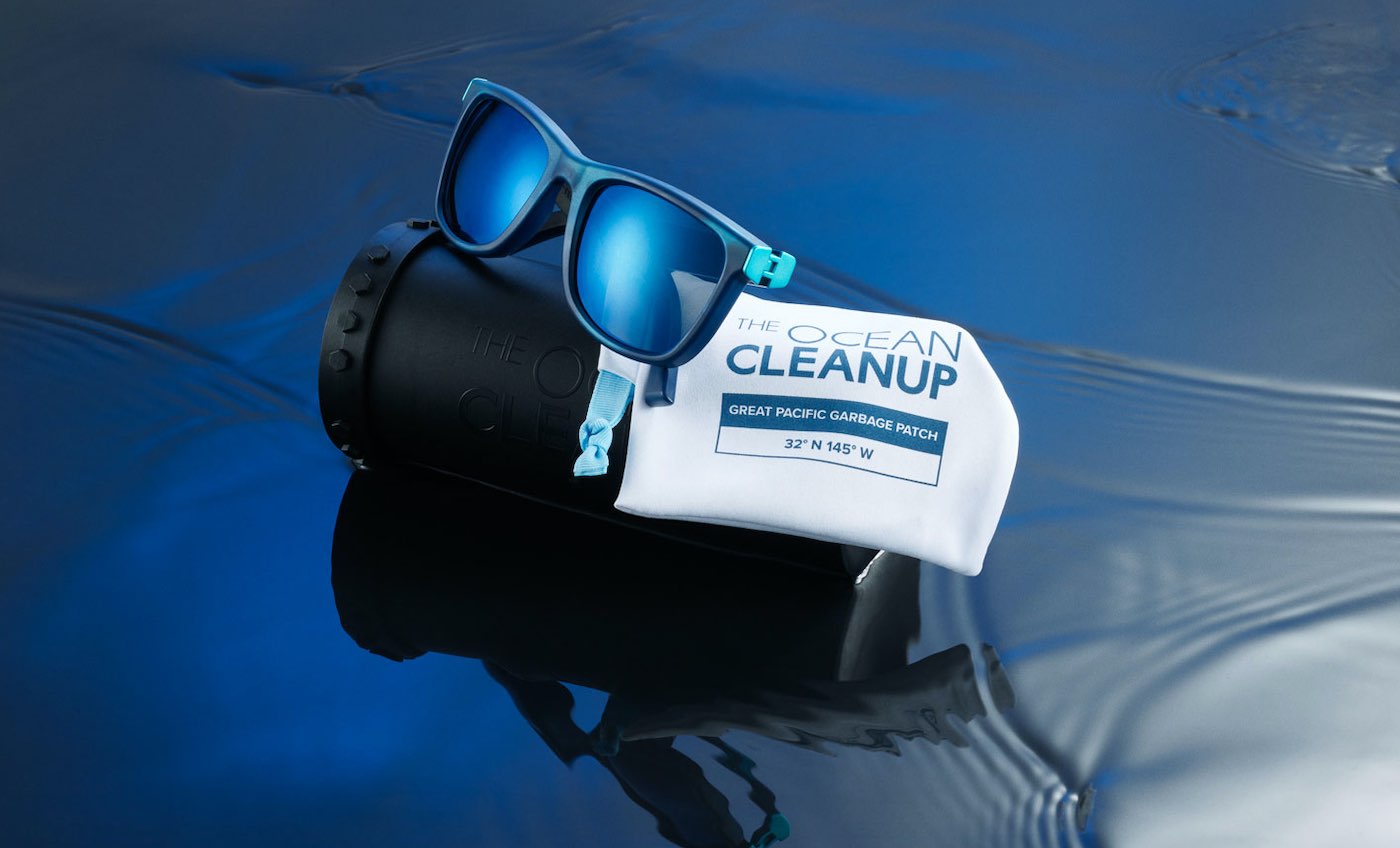 It has now been one year since The Ocean Cleanup made history by cleaning up the first of the plastic from the infamous Great Pacific Garbage Patch—and now, its researchers are turning the trash into designer sunglasses.

Photo by The Ocean Cleanup

Not only are the stylish shades made from the plastic collected, but the earnings go toward helping support the nonprofit so they can continue cleaning up the ocean.

The new glasses are the first product to be created from the recovered ocean debris—but The Ocean Cleanup website says it will not be the last.

Back in October 2019, after years of research, The Ocean Cleanup project which was launched out of San Francisco announced that the System 001/B vessel had successfully captured and collected plastic debris from the patch.

The self-contained system uses the natural forces of the ocean to passively corral plastic in the Garbage Patch, a process that was first envisioned by Boyan Slat back in October 2012.

Photo by The Ocean Cleanup

After discovering the patch in the 90s, scientists said it would take thousands of years to clean it up—but Slat quickly made a name for himself after he presented a TEDx talk in which he claimed that—if he could get funding for his machinery designs—he could do it in less than ten.

The young Dutchman dropped out of college so he could bring his plans to life—and he not only crowdfunded $2.2 million to start up, he garnered millions more dollars from interested investors.

The new sunglass lenses are polarized with full UV protection, while the frames are made from the recovered ocean pollution. Because the hinges have also been specially designed for easy disassembly, they can very quickly be taken apart for recycling, should the need ever arise.

“Together with renowned designer Yves Béhar, and Safilo, one of the leading companies in the eyewear industry, we worked to create sunglasses that you will want to use for the rest of your life (or a very long time),” reads the nonprofit’s website. “We wanted the look and feel of the sunglasses to be evocative of the ocean—reminding us where they came from and what they are protecting.”

Although the shades cost $199 a pop, all of the proceeds generated by the sunglasses go to funding the nonprofit’s operations.

For every pair sold, the organization will be able to clean 24 football-fields-worth of ocean garbage—and since the glasses went on sale earlier this last week, supporters have already funded more than 133,100 football fields of trash.

“When every pair is claimed from this first batch of sunglasses, we can then clean 500,000 football fields worth of plastic,” continues the website. “That means we can use this trash to clean more trash: going full circle, over and over, until we have achieved our mission of clean oceans.”

(WATCH the explanatory video below…)

Watch Teen’s Graduation Advice For The Class of 2020 That Won 1st Prize in Global Competition: ‘We got this!’

Older adults feel stressed, yet resilient in the time of COVID-19

Responses to cyberbullying: Bullied victims’ experiences differ by their ability to handle their own emotions