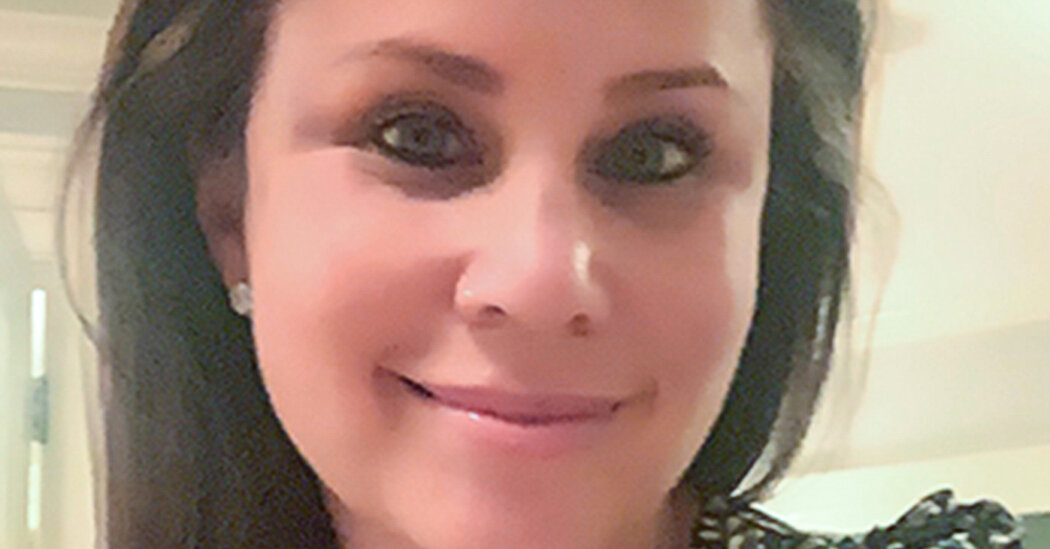 Ms. Barrett had been a rising young political reporter in the 1990s before accusations of plagiarism derailed her career as an associate editor at The New Republic.

“I never imagined an outcome like this,” the writer Ruth Shalit Barrett said of The Atlantic article. “And I’m so very sorry that this is where things have ended up.”

The Atlantic on Sunday took the extraordinary step of retracting an article by Ruth Shalit Barrett, who was a rising young political reporter in the 1990s when accusations of plagiarism derailed her career as an associate editor at The New Republic.

The buzzy article, which was published online last month and appears in the magazine’s November print edition, chronicles a world of wealthy parents in the Connecticut suburbs obsessed with prodding their children into niche sports like fencing, crew and squash in hopes of getting them into Ivy League schools.

In the editor’s note, The Atlantic said that its fact-checking department had thoroughly rechecked the article, which was more than 6,000 words, speaking with more than 40 sources and independently corroborating information.

“But we now know that the author misled our fact-checkers, lied to our editors, and is accused of inducing at least one source to lie to our fact-checking department,” the note said. “We believe that these actions fatally undermined the effectiveness of the fact-checking process. It is impossible for us to vouch for the accuracy of this article. This is what necessitates a full retraction. We apologize to our readers.”

The Atlantic said it had decided to take down the online version, but to make available a PDF of the article as it appears in the print edition, as a way to preserve the “historical record.”

The retraction came after a nearly 800-word editor’s note was appended to the article on Friday suggesting that Ms. Barrett had deceived the publication.

The deception, according to the editor’s note, centered on a woman featured in the article who was identified by her middle name, Sloane. She was described as a stay-at-home mother with three daughters and a son, details that The Atlantic’s fact-checking department said it had verified with the mother before publication.

But Sloane later acknowledged through her lawyer that she does not have a son, according to the editor’s note, which said it had investigated the issue after questions were raised by a Washington Post media critic, Erik Wemple.

According to the editor’s note, Sloane’s lawyer said Ms. Barrett had “first proposed the invention of a son, and encouraged Sloane to deceive The Atlantic as a way to protect her anonymity.”

“When we asked Barrett about these allegations, she initially denied them, saying that Sloane had told her she had a son, and that she had believed Sloane,” the editor’s note said. “The next day, when we questioned her again, she admitted that she was ‘complicit’ in ‘compounding the deception’ and that ‘it would not be fair to Sloane’ to blame her alone for deceiving The Atlantic.”

The editor’s note said that although Ms. Barrett had denied that the invention of a son was her idea, she had acknowledged that “‘on some level I did know that it was BS’ and ‘I do take responsibility.’”

Ms. Barrett had been an up-and-coming young reporter with a contract at GQ magazine before she was accused of plagiarism at The New Republic.

Those accusations, in 1994 and 1995, were based on a close resemblance between passages and sentences in articles Ms. Barrett wrote and material in articles by other reporters on the same subjects. At the time, she said she had confused her typewritten notes with articles downloaded from the research site Lexis-Nexis. The New Republic printed apologies for both incidents.

Ms. Barrett was also criticized for a 1995 cover article in The New Republic that described The Washington Post’s quest for diversity on its staff as having diminished the quality of its coverage. The article drew angry denunciations by The Post’s editor and publisher and attacks that she was a careless reporter.

Ms. Barrett left The New Republic in 1999 and took a job in advertising.

In a 1999 interview with The Washington City Paper, she described her meteoric rise and fall in journalism: “I was 23 years old, I was writing New Republic pieces, I was writing cover stories for The New York Times Magazine, I was filing columns for GQ, and at the same time, I was bopping around and being a 23-year-old and buying miniskirts with my GQ money. And yes, I loved it, but guess what? One false move and it all came tumbling down.”

Since the 1990s, she has written occasionally for various publications. Columns she wrote when she worked in advertising appeared in Salon from 1999 to 2001.

She also wrote for New York magazine’s Vulture in 2018, and for Elle magazine in 2015, when she profiled the actor Jamie Dornan from the movie “Fifty Shades of Grey,” according to her website.

The Atlantic said it had assigned her the sports article as a freelancer because more than two decades had passed since those incidents and because her work had appeared in reputable magazines in recent years. The editor’s note said The Atlantic also considered the argument that Ms. Barrett deserved a second chance.

“We were wrong to make this assignment, however,” the editor’s note said. “It reflects poor judgment on our part, and we regret our decision.”

Her byline in The Atlantic might not have immediately resonated with readers because she was using her married name, Ruth S. Barrett, and not Ruth Shalit, which was her byline when the prior incidents occurred. In its editor’s note, The Atlantic said it had updated the byline to Ruth Shalit Barrett “in the interest of transparency.”

Ms. Barrett did not immediately respond to messages on Sunday night.

In an interview on Saturday night, before the retraction, Ms. Barrett said she had hoped her article would start a discussion about the “broader social and economic issues” raised by the lavish spending, injuries and cutthroat competition in niche youth sports.

“I never imagined an outcome like this,” she said. “And I’m so very sorry that this is where things have ended up.”

She said that the invention of Sloane’s son was not her idea, however, and that it was something Sloane had told her about.

“The claim that I told her to pretend she had a son that didn’t exist is not true. Absolutely not true,” she said.

She said she blamed herself for not verifying the existence of a son.

“All of my internal alarms went off about the claim of the son, and I was wrong not to drill down and resolve it,” she said. “I did not cook this up with her. But I take responsibility for it.”

Ms. Barrett said she “got no benefit” from the creation of a son and “it didn’t make the article better.”

“Even if you want to attribute to me the most malign motives, there was nothing to be gained,” she said. “It was just a lapse.”

The editor’s note said The Atlantic had corrected other details in the article, including one about the severity of a neck injury sustained by Sloane’s middle daughter and another about the size of backyard hockey rinks which, although large and equipped with floodlights and generators, are not “Olympic-size,” as the article initially stated.

Ms. Barrett said she was sorry she had embarrassed The Atlantic and broken its trust with readers.

“I’m not the same person I was 25 years ago,” she said. “This piece meant a great deal to me. And I wanted it to be my best work.”

‘We’re in for a whole lot of hurt.’ Fauci’s comments infuriate the White House.