Anthony Albanese on Q+A: Labor will go to next election with interim emissions targets ‘or a pathway’ 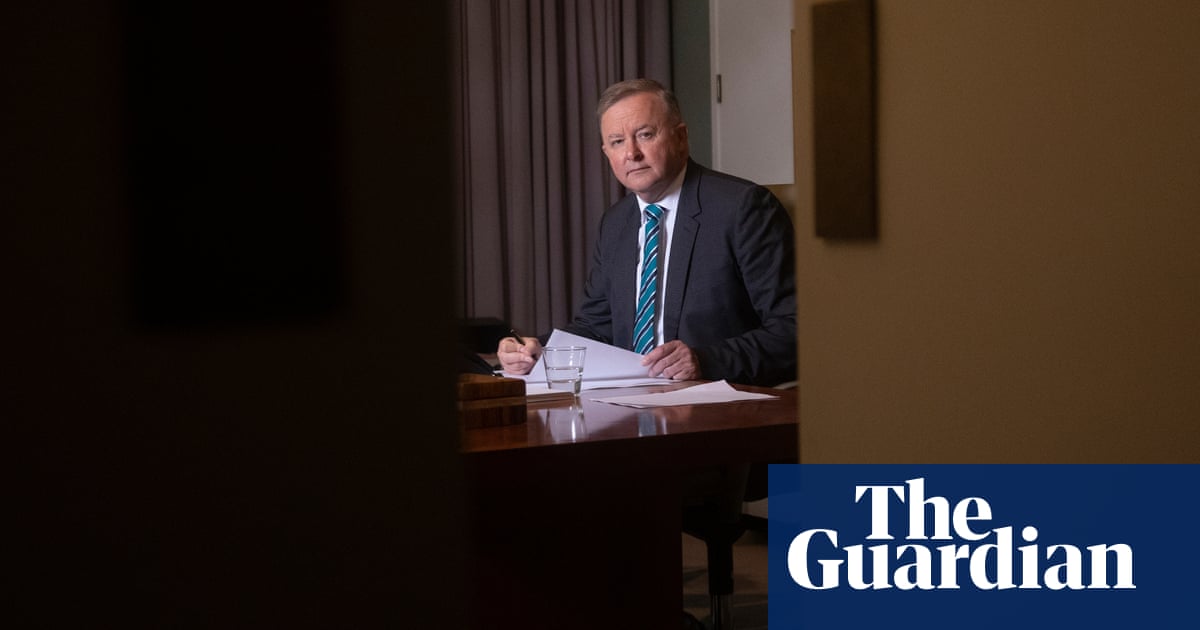 Anthony Albanese has attempted to leave himself breathing room as the Labor party debates setting emission reduction targets for the 2030s, saying he will go to the next federal election with “interim targets or a pathway”.

During an appearance on the ABC’s Q+A program on Monday evening, the Labor leader also confirmed he would consider dumping the government’s third round of income tax cuts – which are scheduled to occur after the election – because the measures favour higher income earners.

Albanese used the solo outing on the hour-long program to intensify his attacks on the government for last week’s budget, which he derided as creating “a whole lot of pots of money” without a cohesive reform agenda, while pushing his alternative agenda of increased investment in childcare to drive workforce participation.

But Albanese faced numerous questions about how he intended to resolve division within his party on climate and energy policy, amid internal debate about a yet-to-be-decided emissions reduction target for the 2030s, and how to approach the government’s much-vaunted “gas-led recovery”.

Albanese – who has previously committed to setting a medium-term target “based on science” – said the party would outline “a plan and pathway consistent with zero net emissions by 2050”.

He said he accepted that there needed to be “interim targets on the way through”.

Pressed by the host, Hamish Macdonald, as to whether he needed to take interim targets to the next election, Albanese kept his options open by replying: “Interim targets or a pathway, yes.”

He said the party needed to “wait to see what happens at the next UN climate change conference” which is now due to be held in Glasgow in November 2021 as it was postponed from this year. The next election could be held as early as August 2021 and or as late as May 2022.

Albanese said while it was “probably right” to say a 2035 target would be needed, he did not know what would happen in global talks. “The targets have to be consistent with international action,” he said.

Joel Fitzgibbon, a veteran of Labor’s right faction, has said the party does not need to set its own medium-term target and, in an interview with Guardian Australia last month, threatened to quit the shadow cabinet if it settled on interim target he could not live with.

In another sign of the debates playing out behind the scenes, the shadow climate minister, Mark Butler, was last month forced to backtrack from his observation that gas would not underpin Australia’s prosperity in the 21st century, after pushback from colleagues and union leaders.

On Monday Albanese played down the debates within Labor as a “bit of colour and movement” and said the party was united on the need to address climate change and achieve net zero emissions by 2050.

He said Scott Morrison’s gas-led recovery plan “won’t create jobs in the timeframe where they’re needed” – but the opposition leader declared Labor’s position was not blanket opposition to gas.

He also signalled that the party was considering its position on whether to proceed with stage-three tax cuts, saying it was “very hard to argue, in the current circumstance, for high-end tax cuts”.

He seized on Josh Frydenberg’s comments to the ABC’s Insiders program on Sunday that the government had brought forward only stage two in the budget because that tranche delivered “the biggest bang for our buck”.

His concern was “about $80bn of that is really at the high end”, he said. The party would outline “a range” of savings measures at the election.

Macdonald suggested to Albanese that “it looks like you’ve got about $130bn to play with ahead of the next election if you’re not going to go with the stage-three tax cuts” and asked whether that was a fair way of looking at the situation.

Albanese replied: “That’s a way you could look at it, absolutely, but we will make our announcements and it will all add up; we will say exactly what we’re doing on the fiscal front well before the next election.

“The big problem [with the budget] is a trillion dollars of debt and nothing to show for it.”

Albanese also defended Labor’s political approach during the early stages of the pandemic, when it was reluctant to launch full-throated attacks on the government – a position that caused consternation among some of the party’s base.

He said it had “been a challenge” to lead an opposition during a pandemic, but said being constructive was “the right thing to do” – standing by an explanation he made in a podcast interview with Guardian Australia in August.

Albanese said while he did not think Morrison had done a bad job this year, there were “real weaknesses in his approach” – including failing to be an inclusive leader.

Quantum engines with entanglement as fuel?

How do stone forests get their spikes? New research offers pointed answer

Housing sales up 44 per cent in January-March 2021 across 8 cities: Report

RAXA ties up with four international companies, to help setting up control centre for smart cities