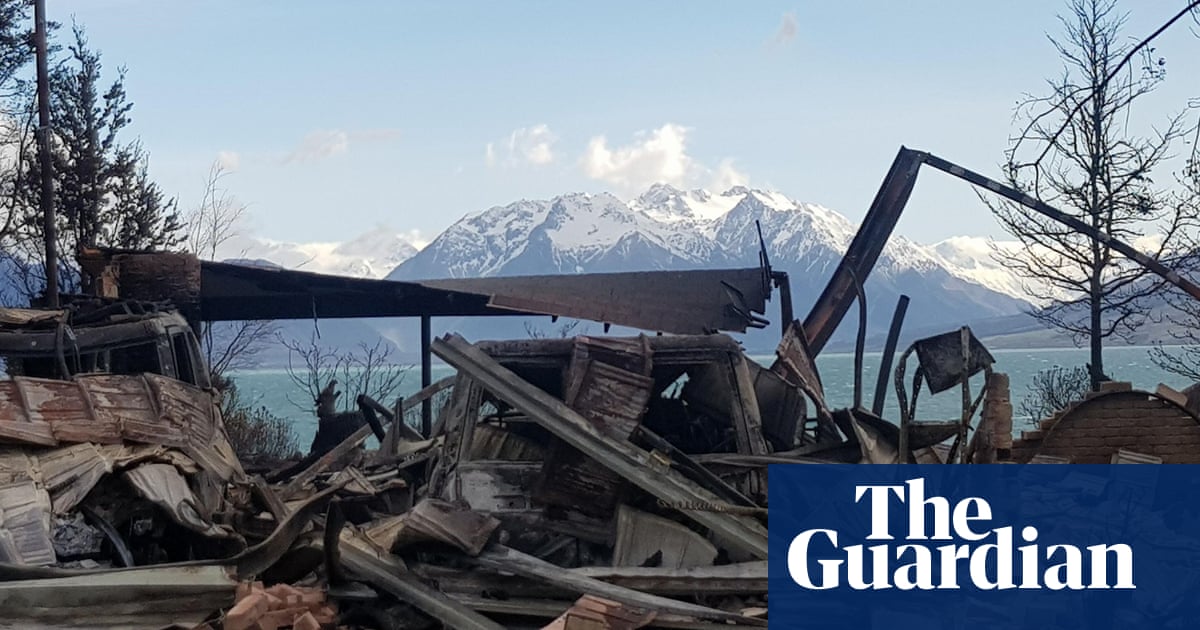 A bushfire that destroyed most of a village in New Zealand’s South Island has sparked a fierce debate between high-country farmers and conservationists, as those affected struggle to understand the unusually fierce nature of the blaze.

Lake Ōhau village is located at the foothills of the Ben Ohau mountain range, and is home to just 15 permanent residents but its numbers swell significantly during the holiday season. On Sunday morning, a fire tore through the foothills and into the village, forcing 90 people to evacuate.

Although no one was killed or seriously injured, about 50 of the village’s 70 homes were destroyed, as was 4,600 hectares of land, of which 1,900 are conservation estate.

As firefighters continue to subdue the blaze, and residents pick through the ruins of their homes, attention is turning to how and why the fire began, with emergency crews on the scene saying the ferocity of the blaze was rare for New Zealand, and usually only seen in bushfires in Australia, or California.

Climate scientists have warned longer and hotter summers as a result of the climate crisis are making such scenarios more likely, while local officials and industry groups have blamed land management practices.

Mackenzie district mayor, Graham Smith, said the Department of Conservation’s (DoC) lax management of conservation land was responsible for the fire getting so out of control – a claim backed by industry group Federated Farmers.

Smith claimed DoC had failed to keep the scrub and grasslands under control, and failed to manage the spread of wilding pines, all of which acted as fuel for the blaze.

“It is a huge risk to neighbouring properties to have areas of land with that much vegetation and fuel for fires,” Smith said. “I would like to see better management practices.”

Federated Farmers said it had campaigned for decades to be allowed to let sheep and cattle graze on conservation land in small numbers to keep the grasses down, saying the uncontrolled nature of conservation land was a risk to farms, stock and livelihoods all through the South Island.

Climate scientists however disagree and say the main culprit is climate change.

George Perry, professor of environmental science at the University of Auckland, said that on average 4,000 hectares of land was burned in the country each year, with the average fire size being less than four hectares.

The country’s vegetation was not highly flammable, compared with Australia’s eucalyptus trees, but hotter and longer summers due to climate change were making the country more likely to ignite.

“There’s a high risk that what we end up with is a more flammable landscape that is more vulnerable to fire,” said Perry.

“I would say most people in New Zealand are not prepared at all [for fire],” he said. “People are very prepared for earthquakes and tsunamis and volcanic activity, but I don’t think most people would have thought about fire as a threat. People have always seen it as something that happens in Australia or California or parts of the Mediterranean basin and not something we need to worry about so much.

“[But] if you look at the average over the last 30 years, [these recent fires] are very large … they are very significant, especially because the vegetation here has not really adapted to fire at all.”

Conservation minister, Eugenie Sage, said the government was aware of the increasing fire risk associated with climate change. “Fire needs to be managed. We need to get fire smart in the future,” she said.

However she pushed back at the suggestion farmers should be allowed to graze stock on conservation land. “I think Federated Farmers are making a push for free grazing,” she said in a media stand-up.

According to temperature records, the winter of 2020 was the warmest on record, with spring temperatures already tracking far above average.

The government has provided NZ$100,000 in immediate relief funding for the worst-affected Ohau residents.