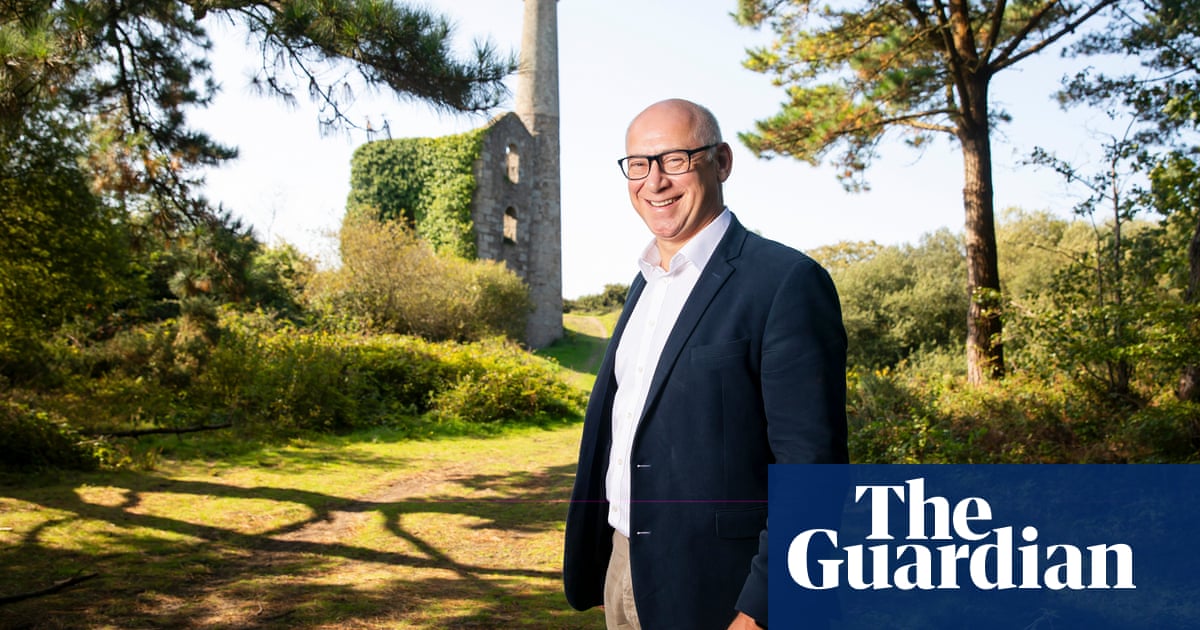 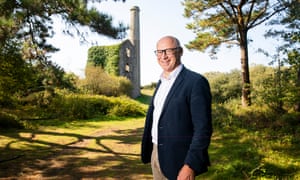 Jeremy Wrathall, founder of Cornish Lithium, is hoping to revive one of Cornwall’s oldest industries by mining near Redruth within five years. Photograph: Jonny Weeks/The Guardian

Cornish Lithium, the mining startup founded by the former Investec banker Jeremy Wrathall, more than doubled the £1.5m it hoped to raise through crowdfunding after more than 2,000 investors backed the plans. The Cornwall-based company set the target on Crowdcube on Monday, but by late Tuesday morning the oversubscribed fundraising had collected £3.8m from investors.

The miner hopes to tap the “globally significant” grade of lithium discovered in hot springs north of Redruth, near the village of Gwennap, which was once nicknamed “the richest square mile on Earth” owing to its rich mineral resources. Wrathall hopes to start production in three to five years, and believes Cornwall could hold enough lithium reserves to ignite a British battery hub by reviving one of the country’s oldest industries in the metal-rich region.

Lithium is increasingly sought after because it is used as a component in batteries, including those in electric vehicles. Typically lithium is mined in China, Chile and Australia but Wrathall believes Cornwall could match the whole of the UK’s demand.

The work to explore for lithium has already uncovered fresh copper reserves beneath hot springs in the region, thought to be one of the world’s richest copper-producing regions in the 18th and early 19th centuries.

Deborah Reeve, the mayor of Redruth, told the Guardian last month that Cornish Lithium’s project “would be brilliant, not just for this town, but for the whole of Cornwall.

“I’m amazed at their persistence, commitment and enthusiasm. They are so sure it will work. Let’s hope it will,” she said.

Cornish Lithium has already raised around £4.2m after investment from its founders, angel investors and an initial £1.4m crowdfunding last summer. At the time, the shares were valued at 5.3p a share but this week’s fundraiser values each share at 9p, to value the company at £40m. Wrathall is expected to pursue a listing on the London Stock Exchange’s junior market in the next five years.

He said the company was raising additional funding to “continue towards our goal of creating a battery metals hub for the UK”, adding: “The success of our recent exploration, and government funding for our pilot plant, gives the company the opportunity to accelerate its efforts towards commercial production.”