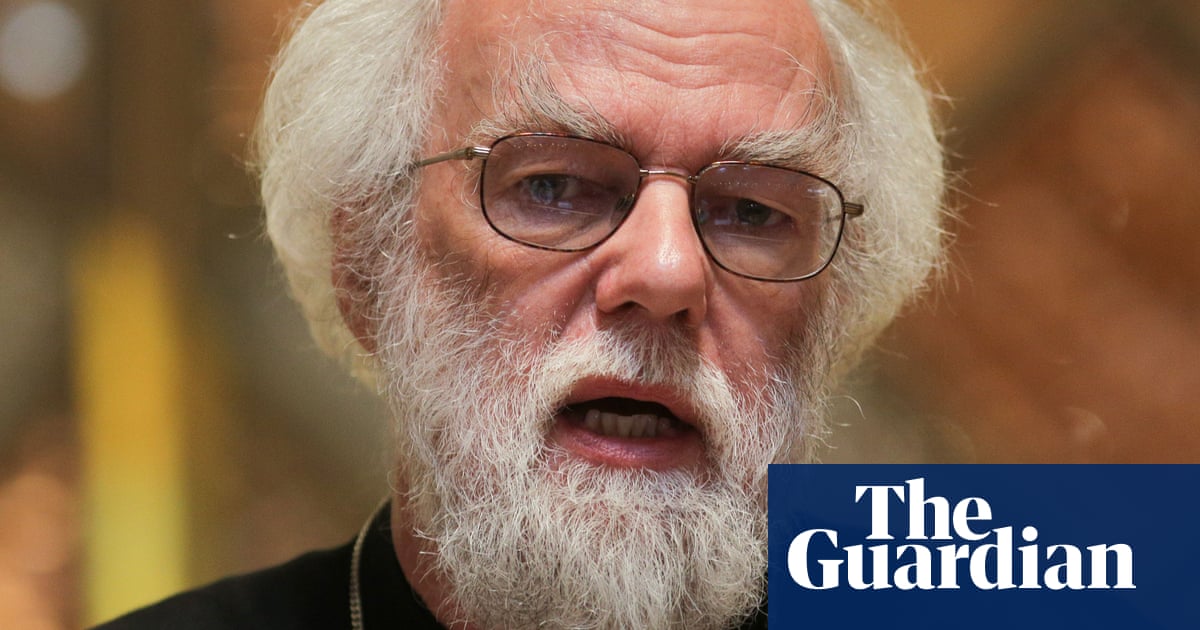 The former archbishop of Canterbury Rowan Williams has called on UK universities to follow the example of Cambridge and end their multimillion-pound investments in fossil fuels.

Williams, a former master of Magdalene college, Cambridge, said all universities had a duty to their students to create a “safer world”, and investing tens of millions of pounds in fossil fuel corporations was incompatible with this.

“I hope the higher education world in this country and elsewhere will rise to the challenge and lead the way in securing a safer and fairer world for the next generation,” the academic and author said.

This month Cambridge University said it would divest its multibillion-pound endowment fund from big oil corporations, following a five-year campaign by students, academics and politicians.

Campaigners want all the UK’s leading research universities, known as the Russell Group, to follow suit. Daniel Johnson, a student at the University of Manchester and member of Divest Russell Group, said the pressure on university bosses was intensifying. “It’s not longer acceptable for any institution, let alone our places of learning, to still invest in fossil fuel companies and profit off the climate crisis,” he said.

According to the student campaign group People and Planet, which has been at the forefront of the UK divestment movement, 17 of the 24 Russell Group universities have already committed to full divestment, six – including Imperial College London – have pledged only partial divestment, and one – Birmingham University – has rejected any move to divest.

Last year more than 200 academics at Imperial signed an open letter calling on the university to divest fully from the top 200 fossil fuel companies. It said: “By profiting from products which are known to cause global climate change and cause serious health issues, these businesses are directly responsible for causing and aggravating the problems that Imperial seeks to tackle.”

A spokesperson for Imperial said it pursued “an active approach to investments in all asset classes – considering social, environmental and government” issues. They added: “Where companies’ current activities and future plans are not aligned with Imperial’s policies, and efforts at influence do not work, we will divest.”

A spokesperson for Birmingham University said it was “committed to maintaining high environmental, social and governance standards across its investment portfolios. Since May 2019, the university has moved its absolute return fund investments to ethical investment funds where available, heavily restricting or excluding investments in companies generating revenue from carbon and fossil fuels.”

Campaigners say their victory at Cambridge, which has one of the biggest endowment funds of any European university and had refused for years to countenance divestment, could prove a tipping point.

Johnson said: “Universities such as Birmingham or Imperial are standing on the wrong side of history and we will escalate action if they won’t commit to full divestment soon.”

• This article was amended on 20 October 2020. Due to an editing error, an earlier version referred incorrectly to Williams as the current master of Magdalene College, Cambridge. The description of the Russell Group was clarified to state that they are the UK’s leading research universities.