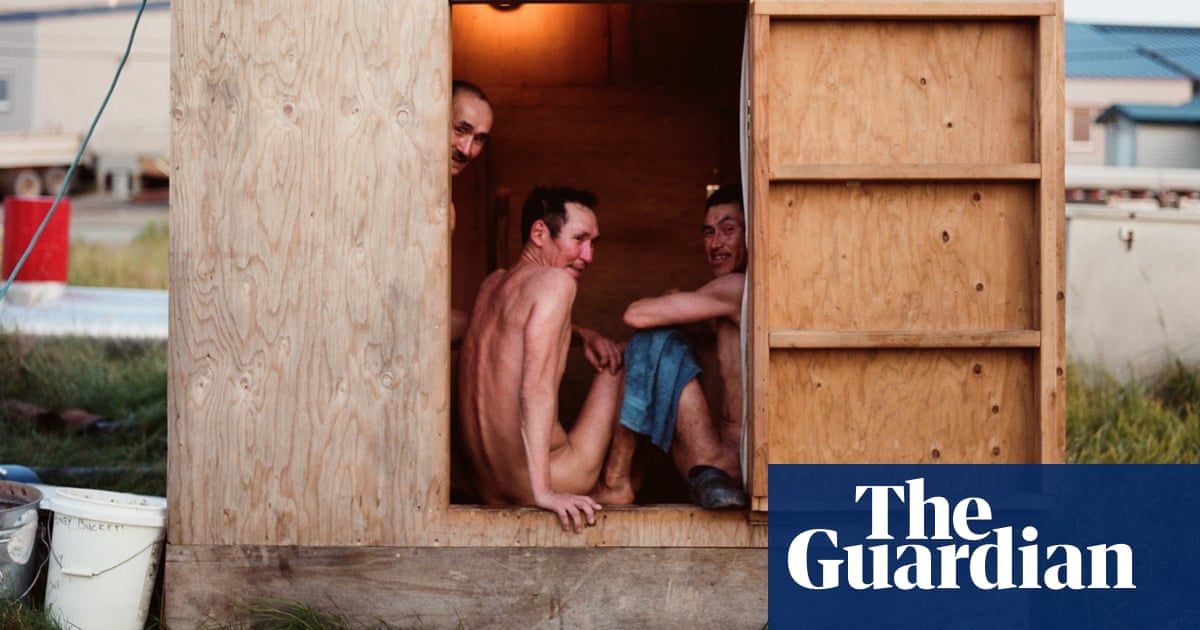 This was taken in Quinhagak, Alaska, in 2015. I was documenting daily Inuit life. The idea was to travel from Quinhagak, on the south-western coast, to Utqiaġvik (formerly Barrow) way up in the north, then across to the Canadian border in the east. I’m from Alaska and have been working as a photographer across the state since I was 20. I had a bank of images in my mind I knew had never been shot. I had never seen, for example, a contemporary photograph of Alaskans in a steam house. But I didn’t expect to get a shot of three men sitting in one right off the bat.

When I walked past, I just waved. They said, “Hey!” and I kept walking. I thought there was no way they were going to say yes to a photo. But I realised if I didn’t go back and ask, I would regret it for the rest of my life. And they said: “Yeah, go ahead.” The men – from left, Robert White, William Sharp and John Sharp – were laughing, but I was mostly in shock, since they were so cool with it.

Many of these Inuit villages don’t have running water, so most homes have a steam house – a sauna, basically. White and his friends said that this was where they would come after working all day, “to relax and get clean”. They’d go in and just sweat it out.

We’re losing our land. It’s melting or sinking. Some villages are trying to stop the erosion with handmade walls of sand

I am Inuit, specifically Iñupiaq, but I grew up Girdwood, a very white town and as a child I felt disconnected from my own culture. I’ve been trying to fix that ever since I started working. This project was done with the Inuit Circumpolar Council of Alaska. I went to 20 villages, and mostly let the people I met lead me, though there were certain topics I hoped they would discuss, such as the climate crisis. In Alaska, there isn’t a debate. It is happening. We’re losing our land. It’s either melting or sinking. In a few of the coastal villages I went to, they are trying to stop the erosion with boulders and handmade walls of sand.

The project was complex: Alaska is just so big. Quinhagak is 420 miles from Anchorage, where I’m based, and Utqiaġvik 720 miles – but you can’t just drive. These villages are off the road system. You have to fly to the nearest hub then take a small charter plane to your destination. You might have to stop in three other villages en route, depending on who or what they have to drop off. It’s called a milk run. There might be cans of soda and bags of rice on the seat next to you as you take off.

When I finished I Am Inuit, we were in full-on dark winter. I made a lot of my favourite work in Kaktovik, despite the fact that by then the sun was up for only 40 minutes a day. I was determined to get the most out of those minutes. Because I wanted to have it all natural, I didn’t take a flash. There was a moment when I thought: “You should have looked into this before you left.”

People have such a remote, romanticised vision of Alaska. For sure, it is a gorgeous place. It’s easy to just walk around and take pretty photos. But I wanted to break down those stereotypes. This is how we live our lives every day. This is our normal.

• I Am Inuit by Brian Adams and Julie Decker is published by Benteli. 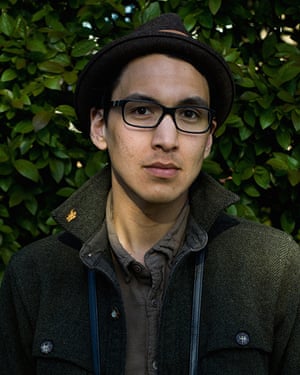 Trained: “Three months out of school, I worked as a photographer’s assistant for two years.”

Influences: “My friends, family and culture.”

High point: “I have loved it all!”

Low point: “As for most people, 2020 has been a rough year for me. All of my work has come from clients outside of Alaska. I am worried about the Alaskan economy.”

Top tip: “Work on personal projects – not just something you think would make an editor or teacher happy, but a story you really want to tell.”