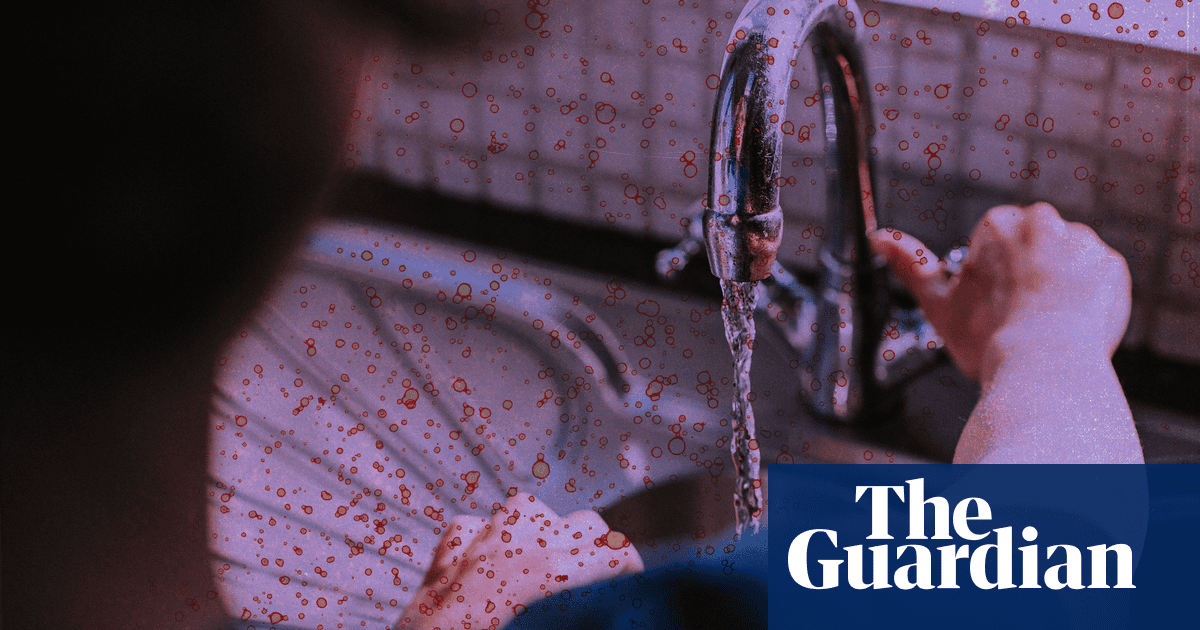 Before her 73-year-old mom contracted legionnaires’ disease at a nursing home earlier this year, Monique Barlow knew little about the deadly pneumonia and the waterborne pathogen that causes it.

“Until then, I didn’t give it much thought,” says Barlow. “I didn’t even really know what it was.”

Sheryll Barlow, a resident at Arlington Court skilled nursing and rehab center in suburban Columbus, Ohio, died in late February. Arlington Court was just one of at least five Columbus-area facilities to report an outbreak of legionnaires’ disease, which is caused by legionella bacteria, since May 2019.

Modern drinking water treatment in developed countries has effectively eliminated cholera, typhoid and other traditional waterborne scourges. The US Safe Drinking Water Act (SDWA), passed in 1974, propelled progress by requiring water suppliers to meet national standards for monitoring contaminants and managing them through filtration, disinfection and other processes. The US now has one of the world’s safest drinking water supplies. And most of the attention on drinking water safety today has shifted from microbiological to chemical, with plastics, pesticides and per- and polyfluoroalkyl substances, or PFAS, leading lists of contaminants of concern.

Yet many micro-organisms also slip through the cracks of US drinking water systems, sickening up to an estimated 32 million people every year. Although most result only in mild gastrointestinal upsets, some can be deadly, as witnessed by recent reports of brain-eating amoeba in Texas municipal water supply.

That figure doesn’t include wells, which are particularly prone to pathogen problems. In 2000, about 2,300 people fell ill and seven died in Walkerton, Ontario, for example, after heavy rainwater drew E coli and Campylobacter jejuni bacteria from cow manure into a shallow aquifer of a nearby well.

Typical concentrations of chlorine used in treatment plants can be insufficient to kill off cryptosporidium and giardia, which cause gastrointestinal disease. And other infectious agents, including legionella and non-tuberculosis mycobacteria, reside beyond the reaches of the treatment plant – finding hospitable environments in the pipes that distribute water to and within hospitals, hotels, homes and other buildings.

“It’s never going to be 100%, but we have things well under control for pathogens in source waters,” says Joe Cortuvo, an environmental and public health consultant based in Washington DC, and formerly with the US Environmental Protection Agency’s Office of Drinking Water. “The data show that those risks are going down and have been going down ever since the Safe Drinking Water Act was implemented.”

That is, Cortuvo adds, with one exception. “What has been going up has been legionella.” Figuring out why – and what to do about it – is a major focus of efforts to combat waterborne diseases today.

Attention to legionella has been further heightened by the Covid-19 pandemic. Some health experts express concern that a prior infection with the virus that causes Covid-19 could make a person more susceptible to legionella. But there’s an even more pressing concern connecting the two: building shutdowns through the spring and summer have left warm water stagnant in pipes – a perfect environment for legionella to multiply.

Many hotels, offices, schools and other buildings have been left fully or partially vacant for long periods of time, notes Chris Edens, an epidemiologist with the US Centers for Disease Control and Prevention (CDC), which recently released guidance for reopening buildings. “As those kinds of communities reopen, it’s important for owners and operators to be thinking about water management.”

Legionella grow naturally in the environment, especially warm freshwater lakes and streams that can be a source for drinking water. It generally only becomes a risk to human health when it enters and multiplies within human-made water and plumbing systems, and then that contaminated water becomes aerosolized.

Drinking fountains, hot tubs, sinks, toilets, sprinklers, showers and air-conditioning systems are among the common sources. It tends to flourish when temperatures are warm, water is stagnant, chemical disinfectants are insufficient and nutrients are plentiful, such as inside corroding pipes. When inhaled at high enough levels, the bacteria can infiltrate the lungs and cause one of two forms of legionellosis, Pontiac fever or legionnaires’ disease. The former is usually a fairly mild respiratory illness; the latter is far more commonly reported and estimated to be fatal in one in 10 cases.

Now the leading cause of reported waterborne disease in the US, legionella accounts for about 60% of outbreaks over the last decade. Nearly 10,000 cases of legionellosis were reported to the CDC in 2018 – the most ever in US history, and still a likely underestimate. Edens suggests the true figure is probably double that. Other scientists estimate the annual case count at between 52,000 and 70,000.

Legionnaires’ disease was discovered in 1976 after nearly 200 people became ill with a mysterious type of pneumonia at an American Legion convention in Philadelphia. Dozens died. Health officials eventually identified a new bacterium that had thrived in the building’s cooling towers and then spread though the air-conditioning system.

Cooling towers were also the source of more than 2,000 confirmed cases in New York City between 2006 and 2015. In the summer of 2019, the Sheraton Atlanta hotel was closed for a month after an estimated 79 people were infected from legionella traced to the hotel’s cooling tower and decorative fountain. The hotel chain said in a statement it “took health and safety issues seriously”, and worked closely with relevant authorities.

A variety of other plumbing issues and insufficient water management has resulted in outbreaks around the country – at nursing homes, hospitals, schools and across whole communities.

At least 87 people were infected with legionnaires’ disease in Flint, Michigan, in 2014 and 2015 after the city switched water sources. Researchers found evidence for three likely sources of legionella exposure: a hospital, city of Flint water and local cooling towers. The mayor, Sheldon Neeley, told Ensia that the city is “making critically important infrastructure improvements to move our community forward in a positive direction”.

Yet such large-scale legionnaires’ disease outbreaks are “just the tip of the iceberg”, according to Joan Rose, a water researcher at Michigan State University. Research suggests that for every case linked to a specific source and outbreak there are nine sporadic cases. For example, outbreaks only accounted for about 10% of the cases in New York City linked to cooling towers.

“We don’t have legionella under control,” says Rose.

Why does legionella appear to be on the rise around the US? The answer is complicated, says Edens, of the CDC. The larger numbers could be partly due to greater awareness and testing. But he suggests that an ageing population and ageing infrastructure are major drivers.

“In large part, our distribution system is very antiquated,” says Amy Pruden, a professor of environmental and water resources engineering at Virginia Tech. As water travels through the distribution system and enters a building, it can lose disinfectant as well as interact with the materials, temperatures and design of the building’s plumbing. “Many things are at play that affect whether these microbes grow in the plumbing,” she adds.

We don’t have legionella under control

Climate change, too, may be playing a role. Longer summers tax the cooling devices used by large buildings. More intense storms and flooding may increase the presence of legionella in drinking water.

It’s all added up to growing concerns and heightened calls to address the risks. “The thing about legionella is it’s a silent killer. You can’t see it or smell it. It’s just in the air floating around,” says Eric Hageman, a personal injury lawyer in Minneapolis who represents the family of Sheryll Barlow in a claim against Arlington Court. “So, you have to be proactive.”

Arlington Court had been aware of a legionella problem at the facility months before Monique Barlow’s mom became sick after another resident contracted legionnaires’ disease in October 2019. “I just assumed they took care of everything. But then it popped back up,” says Barlow.

After learning that her mom had contracted the disease, she says she wanted to know more. “I felt like they owed us an explanation. How are you fixing this? How is this not going to happen again?” Barlow says.

Since 10 February, Arlington Court has implemented changes, including the installation of filters in the kitchen, visitor areas, showers, bathrooms and ice machines.

Arlington Court and its parent company, Vrable, did not respond to multiple requests for comment by Ensia.

In a letter to residents reported on 1 March following local officials announcing an investigation of an outbreak, Arlington Court said it took “very seriously the health and safety of everyone at the facility”. In a statement at the time, Vrable said it was working with authorities.

Point-of-use filters are among emerging tools to control legionella.

Edens, of the CDC, emphasizes water management strategies such as flushing water pipes, controlling temperatures and using disinfectant within a building. “We know water in the tap is not sterile,” he says. “The purpose of water management is to ensure that if some legionella bacteria come through the main, the bacteria have nowhere to grow and hide.”

The purpose of water management is to ensure that if some legionella bacteria come through the main, the bacteria have nowhere to grow and hide

Adding chlorine or other disinfectants to water as it enters a building is yet another tactic to reduce contamination.

Consumers can also take steps to reduce risks in their own households. For example, the CDC recommends that hot tub or spa owners frequently test water for proper levels of chlorine, bromine and pH. “You need to consider the far reaches of the building. If you’re not using a second bathroom, for example, then flush the shower before people use it,” says Cortuvo, environmental and public health consultant.

In a report published in August 2019 by the National Academy of Sciences, Engineering and Medicine, a committee of 13 scientists warned that current federal, state and local laws fail to protect the public from the spread of legionella.

A handful of federal, state and local regulations require certain buildings to have water management plans that include monitoring for and treatment of legionella. But no federal law targets legionella contamination of water supplies and building water systems.

The committee offered several recommendations for improving legionella management in the US, such as requiring a minimum disinfectant level throughout public water systems, developing clinical tools to capture more cases of legionnaires’ disease, providing more guidance to homeowners, no longer allowing low-flow fixtures in hospitals and long-term care facilities, and addressing the longer periods of time that water sits idle and lower hot-water temperatures common in green buildings.

Many scientists argue a need for more urgent attention to and action on the issue.

“We need some coordination at the [federal] level,” says Pruden, of Virginia Tech. “It’s a multi-stakeholder problem, but is now awkwardly being handled through the litigation system.”

• This story was produced by Ensia, a solutions-focused nonprofit media outlet reporting on our changing planet. It is an extract of a longer piece which you can read on Ensia’s website.