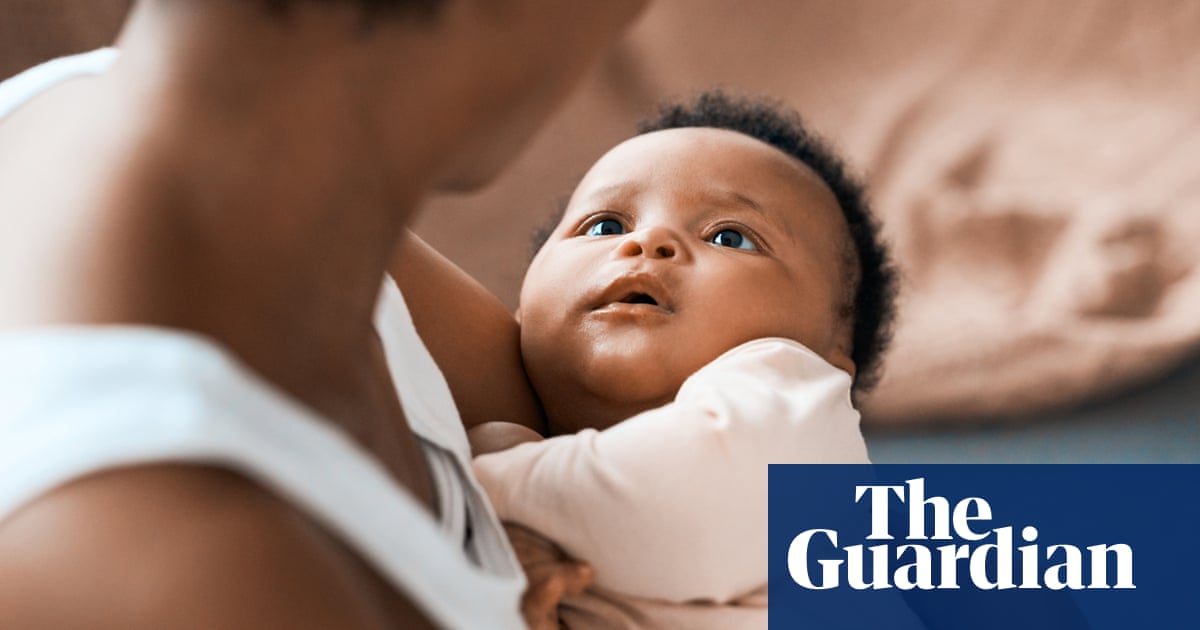 Not long after Peter and Erica Finin moved from Michigan to Pittsburgh, they had the tap water in their new home tested for lead. It was 2017, and “the whole [lead] situation in Flint was very much in the news”, Peter says. They’d been thinking about starting a family, and wanted to be safe.

In searching for testing options, Peter came across a program offered by Healthy Babies Bright Futures (HBBF), a non-profit alliance of scientists and child health advocacy groups, and Virginia Tech.

Test results showed they had a serious lead problem, with levels high enough to potentially harm children and infants. “It made it clear we needed to get a filter,” Peter says.

The Finins were one of nearly 800 families across the country included in a study, released on Tuesday, of people who had their water tested by HBBF. That included 97 households in New Orleans, and 688 from elsewhere in the country.

Nearly 80% of the homes outside of New Orleans had detectable levels of lead in tap water, and 40% had levels that exceeded the American Academy of Pediatrics (AAP) recommended limit on lead in drinking water in schools. Perhaps most concerning, 15% had levels high enough to potentially cause at least a half-point drop in IQ in infants who are exclusively bottle-fed with formula mixed with tap water.

Results for New Orleans, in each case, were slightly worse, and were analyzed separately so the city’s results wouldn’t distort the national ones.

Lead in drinking water remains a critical issue in the US, despite attention brought by the crises in Flint and other cities, says Jane Houlihan, research director for HBBF. “There’s no amount of lead that’s safe,” she says, adding that children “have one chance to develop a healthy brain and lead erodes that chance”.

Consumer Reports has long been concerned about the effects of lead, particularly on children, whose brains and bodies are still developing. “This report underscores CR’s previous research showing potentially harmful levels of lead in some foods and drinks babies and toddlers consume,” says James E Rogers PhD, director of CR’s food safety research and testing. “It’s critical that the government and industry address this public health challenge immediately.”

Lead is ubiquitous, found in some soil, toys and ceramics, as well as some paint found in homes built before 1978, when lead paint was banned.

But drinking water is a major source. While lead pipes were outlawed in 1986, the Environmental Protection Agency (EPA) estimates that 6-10m homes in the US still get water through water service lines that predate the ban. Lead can also come from the water supply itself, or from a home’s plumbing, faucets or fixtures.

Ingesting even small amounts of lead over time can lead to lasting health problems because it accumulates in the body, says Dr Mona Hanna-Attisha, a pediatrician and professor at Michigan State University College of Human Medicine, who first publicized the issue of elevated blood levels in children in Flint, Michigan and was not involved in the HBBF study. Those problems include reduced IQ and academic performance, as well as attention deficit disorder and behavior problems.

But while lead exposure can be dangerous for anyone, it’s especially concerning for infants fed powdered formula that’s mixed with tap water. “If the water in the home has high levels of lead, a bottle-fed baby is the family member at greatest risk because they drink a far greater volume of water per pound of body weight than older children or adults,” Houlihan says.

“That’s what kept me up the most at night in Flint,” where breastfeeding rates were low, Hanna-Attisha says. The first four to six months, when infants consume nothing but breastmilk or formula, is key to neurodevelopmental growth, she says. “Lead is a potent, irreversible neurotoxin,” she says. “No matter what you do, it’s impossible to get rid of a child’s lead exposure if it’s there.”

Since pediatricians generally don’t screen infants for lead until they are one year old, and water in homes isn’t necessarily tested for lead, relatively little is known about the extent of lead exposure in these first vulnerable months of life, Hanna-Attisha says.

“It’s terrible to think we have not addressed this,” she says.

The new HBBF study helps quantify that harm, as it includes a risk analysis showing how lead in these first months could cause lifetime IQ point loss for babies who consume only formula.

According to the CDC’s 2020 Breastfeeding Report Card, just 26% of babies in the US are exclusively breastfed through six months of age. That means most infants probably drink at least some formula during their first months of life. And US retail sales of powdered formula, which is usually less expensive than liquid, are estimated to be more than 10 times greater than those of liquid.

The homes in the HBBF-Virginia Tech study were located in 343 cities and towns in 46 states and were built between 1840 and 2019.

Despite the country-wide distribution, the study is not nationally representative. Participants all wanted to have their lead levels checked, many because they had reason to think their water could be contaminated. Still, Houlihan says, “I was surprised lead was detected in so many homes.”

Only 21% of the homes had no detectable amounts of lead in the water. While older homes were slightly more likely to have lead, 70% of homes built after 2000 still had some.

In nearly 40% of the homes, at least one sample exceeded 1 part per billion (ppb), the AAP’s recommended limit for drinking water in schools.

Black infants may be at higher risk from lead in tap water, according to HBBF’s report. That’s primarily because they are more likely to be formula-fed. Twenty-six per cent of Black infants are never breastfed, compared with 16% of Hispanic babies, 13% of non-Hispanic white infants and 10% of Asian babies, CDC figures show.

Overall, Black children are more likely to be exposed to lead, worsening inequities from birth.

“Black children have a disadvantage before they even arrive” says Christin Farmer, the founder of Birthing Beautiful Communities, a group that provides childbirth and parenting education to Black women in Cleveland. She says that in that city, maps showing financially stressed and disadvantaged neighborhoods overlap with maps showing high levels of lead poisonings.

While drinking tap water is often the best and safest option for people in the US, some communities, often those with vulnerable or marginalized residents, face health risks from drinking water that has been affected by some form of contaminant.

The US is experiencing a growing water poverty crisis as aging infrastructure, environmental clean-ups, changing demographics and the climate emergency fuel exponential price hikes in almost every corner of the country.

Exclusive analysis by the Guardian published in June 2020 of 12 US cities shows the combined price of water and sewage increased by an average of 80% between 2010 and 2018, with more than two fifths of residents in some cities living in neighbourhoods with unaffordable bills.

The consequence is millions of ordinary Americans are facing rising and unaffordable bills for running water, and risk being disconnected or losing their homes if they cannot pay.

Poorer families face greater hurdles fixing the problem, too, since homeowners are often required to pay at least part of the cost of replacing the pipes and, in many cases, don’t own the properties anyway, Hanna-Attisha says.

This is the case even though getting rid of lead in water would save money in the long run, according to a report by the Robert Wood Johnson Foundation and Pew Charitable Trusts. It found that removing leaded drinking water service lines leading to the homes of children born in 2018 would protect more than 350,000 kids, and yield $2.7bn in future benefits – more than the estimated cost to replace the lines.

Houlihan, Hanna-Attisha, and other experts say the EPA’s actionable limits on lead are too high to be safe, and that the laws that regulate the use of lead are too weak for children’s health.

The EPA says that, for health purposes, the lead level in drinking water should be zero. While water utilities are always required to take some steps to prevent contamination with lead and other heavy metals, they must take greater action, notably replacing lead service lines, only if 10% of samples taken from homes by a water system test above 15 ppb.

When asked about the discrepancy between its action level and health recommendation, the EPA tells CR that the action level isn’t meant to establish a safe level of lead, but is instead supposed to measure the effectiveness of corrosion control in water systems.

The EPA says its new rule provides a comprehensive approach to reducing lead in drinking water and disputes the idea that rule changes would slow lead pipe replacement. “Very few water systems have conducted lead service line replacement programs,” the agency says, noting that “most systems above the action level did not achieve 7% in any year,” because of loopholes in the current system.

While HBBF’s findings are worrisome, Houlihan emphasizes that parents don’t need to panic. And she notes that while there are no safe lead levels, the threat of lead shouldn’t stop parents from feeding their babies in whatever way works best for them, whether by bottle or breastfeeding. For bottle-fed babies, there are steps parents can take to lower their children’s exposure to lead in drinking water, she says.

Using a water filter is easy and affordable, and experts recommend one which is certified to remove lead.

Ana Cook, who lives in a Milwaukee suburb, took that step after discovering serious lead levels in her water when she was pregnant. “I immediately stopped drinking the water at our house,” she says, until the filter was installed.

You should also unscrew and rinse out the “aerator”, a small screen at the end of a faucet, every few months, Hanna-Attisha says, since lead particles from corroded pipes can get trapped there.

The EPA also recommends flushing your water lines for 45 seconds before drinking water to clear out water that’s been stagnant in the line, and always using cold water for drinking, cooking and baby formula since hot water can cause metals to leach from pipes.

Why dangerous ‘forever chemicals’ are allowed in US drinking water