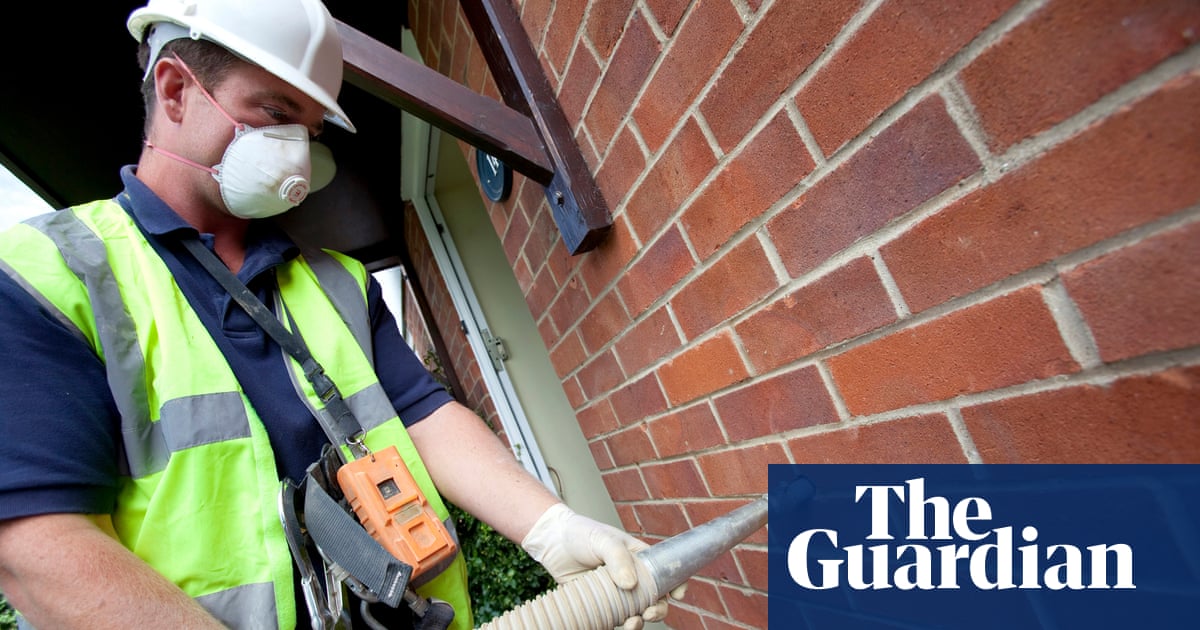 Householders trying to apply for the government’s £5,000 Green Homes Grants to make energy improvements have described how it is nearly impossible to find an accredited installer to do the work.

Homeowners in Cornwall have been pointed towards installers as far away as Scotland, Manchester and south Wales – who understandably, are not interested in quoting for their work.

To gain the grants, which cover two-thirds of the cost of insulation or installing low-carbon heating, householders have to get quotes from contractors who are TrustMark registered and listed on the official Simple Energy Advice (SEA) website.

Large areas of the country appear to have no contractors willing or able to do the work – leading the founder of the Moneysavingexpert website, Martin Lewis, to warn that the scheme risks becoming a “postcode lottery” without immediate government intervention.

Some of the contractors listed on the site report they have been given little or no information on how the £2bn scheme should operate.

The lack of installers, the fact that all work has to be carried out in six months and the complicated way the scheme is structured are leading some applicants to consider giving up.

Thea Skinner, from who lives in the Cornish village of Millbrook near Plymouth, is struggling to find someone to give her a quote to insulate a room in her roof.

“The TrustMark website said there were only four accredited installers capable of the work: two north of Manchester and two in Scotland,” she said.

“The SEA website found two in Plymouth but the only one to call me back said they were yet to receive any information from the government as to how to manage and carry out these quotes. A third was in Wales, which isn’t even part of the scheme.”

She said the SEA call centre told her the scheme had received a “very low” takeup by local contractors, and even suggested she try to persuade some to become accredited, which would take “just four to five days”.

“The whole thing has been incredibly frustrating. The scheme looks like it’s been cobbled together in a few weeks rather than properly thought through. The suggestion that I should go out try and find a local builder and then guide him through the TrustMark accreditation process is ridiculous, and doesn’t exactly inspire confidence in that process,” she said.

Skinner’s experience has been shared by others trying to find an installer. Lorraine Munro, who lives in Middlesborough, contacted the Guardian to report that there was not a single accredited business able to provide her with the necessary quote “within 100 miles” of her home.

Applicants in York have reported being unable to find a anyone to install floor or wall insulation in the city. Contractors in nearby Leeds are so overrun that they are no longer returning calls.

Lewis has called on the government to urgently fix the scheme’s “systemic design flaws”. He said the money should be released in tranches to allow those living in rural areas off the gas grid – arguably those who need the scheme most – a chance to qualify for the scheme.

Friends of the Earth said: “Insulating our heat-leaking homes is crucial for driving down household fuel bills, as well as reducing the UK’s contribution to the climate crisis. Participation in the scheme shouldn’t be a postcode lottery, and must be urgently addressed by the government.”

A government spokesman said: “Almost 1000 companies have signed up to the Green Homes Grant so far with more registering every day, including many businesses that operate nationally with substantial capacity to carry out work across the country. We are working closely with industry to ensure there are enough installers to meet demand.”

More than 9,400 applications had been made in the first few days of the scheme, he added.

This week a report by the UK Energy Research Centre warned that at current rates, it will take 700 years for Britain to move to low-carbon heating, and at least 19,000 homes a week must be upgraded between now and 2050.