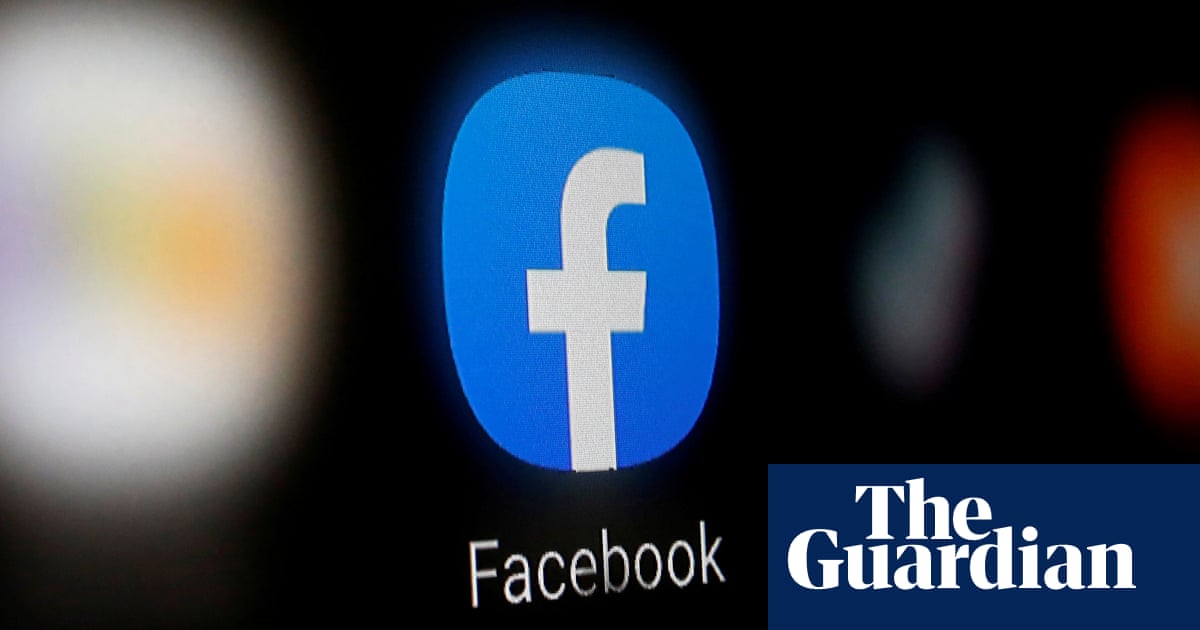 Adverts on Facebook denying the reality of the climate crisis or the need for action were viewed by at least 8 million people in the US in the first half of 2020, a thinktank has found.

The 51 climate disinformation ads identified included ones stating that climate change is a hoax and that fossil fuels are not an existential threat. The ads were paid for by conservative groups whose sources of funding are opaque, according to a report by InfluenceMap.

Last month Facebook said it was “committed to tackling climate misinformation” as it announced a climate science information centre. It said: “Climate change is real. The science is unambiguous and the need to act grows more urgent by the day.”

Facebook uses factcheckers and bans false advertising but also says this process “is not meant to interfere with individual expression, opinions and debate”. Some of the ads were still running on 1 October. The ads cost just $42,000 to run and appear to be highly targeted, with men over the age of 55 in rural US states most likely to see them.

The Massachusetts senator Elizabeth Warren said: “InfluenceMap’s devastating report reveals how Facebook lets climate deniers spread dangerous junk to millions of people. We have repeatedly asked Facebook to close the loopholes that allow misinformation to run rampant on its platform, but its leadership would rather make a quick buck while our planet burns and communities – disproportionately black and brown – suffer. Facebook must be held accountable for its role in the climate crisis.”

Warren and other senators wrote to Facebook in July calling on it to close the loopholes.

Facebook’s former director of sustainability Bill Weihl, now at the NGO ClimateVoice, said: “Calling out the climate misinformation issue on Facebook is crucial because the company’s limited attempts to deal with the problem are failing to keep pace with powerful tactics like micro-targeting.”

On Tuesday Facebook announced a crackdown on another thread of misinformation, the antisemitic conspiracy movement QAnon, saying it would remove pages or groups “representing” QAnon. In July Facebook was hit by an advertiser boycott in a row over its policing of hate speech following the killing of George Floyd in Minneapolis.

Dylan Tanner, of InfluenceMap said: “[Climate disinformation adverts] will be of concern to advertisers like Unilever and others who are clearly concerned about climate, both from the viewpoint of the company’s risk and also being on the same platform as these ads.”

InfluenceMap compared a database of organisations it said had propagated climate disinformation in the past against Facebook’s Ad Library database to see which advertised on the platform in 2020. Analysis of the ads run by these groups found 51 examples of disinformation, including an ad paid for by the conservative group PragerU that ran to 1 October.

Craig Strazzeri, of PragerU, said: “We are not running any disinformation ads. Apparently ‘disinformation’ means anything Facebook or the left disagrees with. The ad in question is an educational video on the truth about the Green New Deal.”

Another ad, which ran in April, was paid for by Turning Point USA, whose “mission is to identify, educate, train, and organise students to promote the principles of freedom, free markets and limited government”. It was headlined: “Conservatives Are Pro-Science, While Leftists Are Pro-Panic! Climate Change Is A HOAX! #ThinkForYourself #EarthDay.”

The Intergovernmental Panel on Climate Change is clear that global heating is real, dangerous and caused by greenhouse gas emissions from human activities, a conclusion accepted by governments around the world.

The Guardian asked PragerU and Turning Point USA about who provided the funds to pay for the ads, but neither provided this information. Tanner said: “We don’t know whose money is behind the ads that we analysed here – that’s hidden.”

The report said the ads appeared to be tailored to different audiences. Those seen mostly by the over-55s often contested the credibility of climate science, while ads mostly seen by 18- to 34 year-olds tended to challenge the future impact of climate change.

A Facebook spokesperson said: “We prohibit ads that include claims debunked by third-party factcheckers and we are investigating the findings of this report. We work to reduce the spread of climate misinformation on Facebook and we recently launched a climate ccience information centre to connect people with factual information from the world’s leading climate organisations.”

‘Hijacked by anxiety’: how climate dread is hindering climate action

For Many Golden Globe Winners, the London Stage Came First