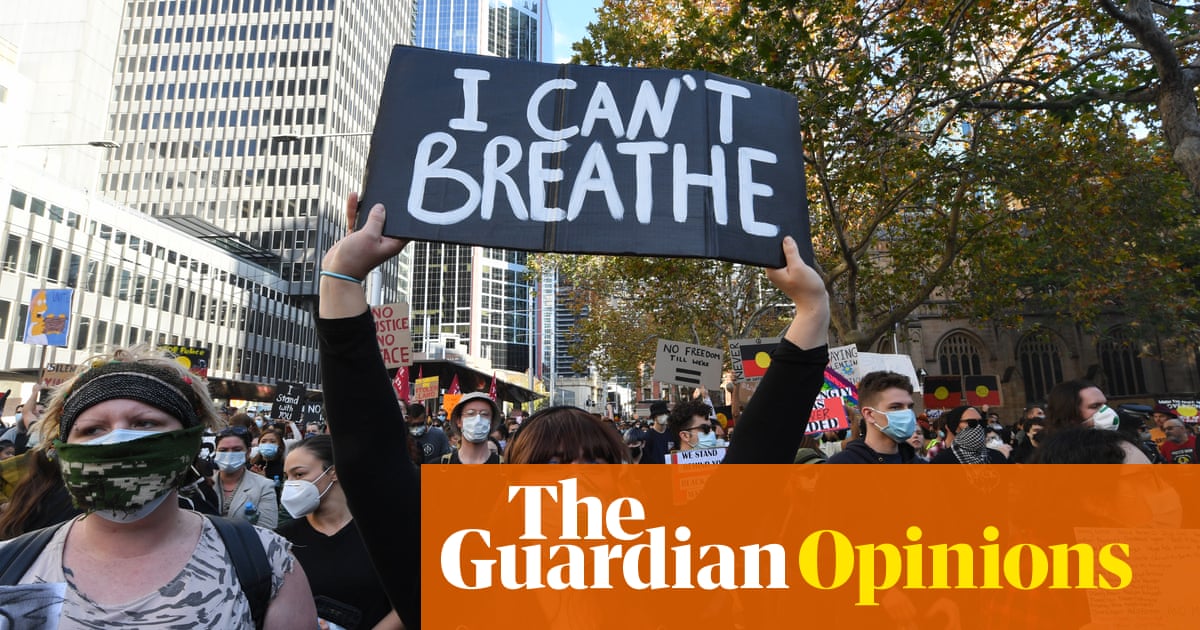 The medical term is acute respiratory distress syndrome. On an X-ray, the black space of a healthy lung fills with a cloud of white. Under a microscope, the delicate walls of the alveoli thicken. Oxygen from the breath must pass through these walls and into the capillaries to enter the blood. In a patient with severe Covid-19, oxygen intake is drastically limited. Hypoxia rapidly develops into systemic harm, and, in around half the cases that require intubation, death. It is traumatic, both for the person dying and for anyone watching as they gasp for air.

Nurses, doctors, cleaners and other staff in Italy’s hospitals took great risks, working long hours in crisis conditions with limited personal protective equipment. As Covid-19 overwhelmed some regions’ intensive-care capacities, momentous decisions about life support had to be made. For those on the front line, the virus was sometimes a direct question of who should get the help they needed to breathe.

The breath is an autonomic function of a healthy body; you don’t have to think about doing it. In distress – a smoke-filled environment, a panic attack, or choking – you suddenly become aware of the body’s dependence on air. You can survive for a few weeks without food, a few days without water. Without oxygen, you have a few minutes.

In the early days of the pandemic here in Turin, I started to visualise the breath in a new way. As I stepped into the middle of the road to keep my distance from someone, or stood a metre away from a person I was in conversation with, I realised that I saw my own breath, and the breaths of others, as clouds of vapour. I imagined airborne droplets around us, filled with some of the microbial life forms – bacteria, viruses – that lived in, and formed, our bodies. We were all in flux, in constant exchange with each other and with the atmosphere. I’d known this before, but now I felt it: the human body was not an integral unit, but part of a system. We were not just individual actors, but habitats, hosts; bit players in a complex ecology.

Unlike other autonomic functions, the breath can be consciously controlled. I found that I was breathing more shallowly in public. I flinched at other people’s coughs, and repressed my own. I wasn’t too concerned for my own health, but I had begun to see myself as a vector of illness, a potential spreader. The idea that my exhalations might be lethal to others revealed a moral entanglement. That simple act of giving and receiving air that I had been doing all my life, mostly without thinking, could put strangers at risk.

Italy’s stay-at-home orders seemed extreme, before they went global. We watched as other countries tried to dodge their own lockdowns, fearful of the costs. It was true that several forms of the unnecessarily multilayered Italian police forces prowled the streets, and that people were being fined for violating the orders. But Italy was also the first western democracy to institute lockdown measures, and it would have been impossible without the consent of the people. Our lockdown came with the slogan “Io resto a casa”: I stay at home. The use of the first person invoked a sense of responsibility that was essential to its success.

Moral entanglement quickly developed into moral action: here was something we could do. The seemingly ethically distant act of staying home could reduce the opportunities for transmission and help to save lives. This small act of collective power made other actions possible.

The social technology of solidarity is nothing new, but in the first half of 2020 it has felt radically necessary. It was happening locally: in my quartiere, “solidarity boxes” appeared on the streets and were filled with food for those in need. Neighbours checked on each other. Flash mobs and music kept our spirits up. Children made banners and hung them from balconies, proclaiming that all would be well. But it was also happening online and internationally, as we shared care and information, art and recipes, tech support and jokes, as we passed on the news and learned one another’s survival strategies. We were physically separated but we were not isolated. We had all become agents in a network of care.

Italy often seems a divided country, where corruption is rife and trust in the state is low. As a foreigner, I was amazed at how quickly this sense of collective agency was mobilised. Perhaps it was because elders are valued here, or because the analogy of war evoked an intergenerational debt – many of those dying had survived the second world war; some had fought fascism. But those same networks had mobilised in Australia during the bushfires, and were mobilising again as the pandemic response grew serious. Something similar had happened in Wuhan: alongside, and often in spite of, an authoritarian surveillance state, the collective sensibility ran deeply within Chinese culture.

It wasn’t trust in the state that mobilised people, but trust in each other.

These networks of solidarity and mutual care are similar to the breath, in a way. They’re almost an autonomic function. In a healthy society, a strong community, you don’t have to think about them most of the time. But when you are struggling or ill, they are life or death.

In late May, as Italy began to emerge from lockdown, a video of the killing of George Floyd reignited the Black Lives Matter movement. Floyd’s dying words, “I can’t breathe”, were already a familiar refrain. They’d been said 11 times to New York police officers by Eric Garner in 2014. They’d been said 12 times by David Dungay Jr, as he was being restrained to death by correctional officers at Long Bay jail in 2015.

We all breathe the same air, but we don’t breathe equally. As the Black Lives Matter movement returns with fresh vigour, it arrives with the lessons of the pandemic in hand. There are clear links between the direct state violence experienced by George Floyd and the indirect state violence which distributes healthcare unequally, which removes the safety nets from under certain communities, and which bails out businesses and leaves ordinary people to fend for themselves.

In the United States, the links were brutally clear. Black people were dying from the virus at twice the general rate; when the protests began, one in 2,000 Black lives in America had already been lost to Covid-19. Writing in ProPublica, journalist Akilah Johnson pointed out that the pandemic “has laid bare the structural racism baked into the American health system”. At the same time, shared vulnerability has helped bring people to action. One Black Lives Matter founder, Opal Tometi, told the New Yorker that the pandemic has made people “more tender or sensitive to what is going on”.

“I can’t breathe” was spelled out at the Black Lives Matter protest in Meanjin (Brisbane) on 3 June with 433 candles: 432 for the Aboriginal people who have died in custody since the royal commission ended in 1991, and one for George Floyd. When asked about the protests, prime minister Scott Morrison said: “We don’t need to draw equivalence here.” But to many, the patterns are obvious. Organiser Bo Spearim told NITV: “Aboriginal people, black people, Indigenous people, we’ve made that connection.”

The pandemic has highlighted gaping inequalities in Italian society, too. La Repubblica estimates half the Italian workforce has applied for emergency payments; the state’s capacity to provide was quickly overwhelmed. According to Istat, Italy’s national statistics agency, 27% of the Italian population is at risk of poverty. In the south it is 45%. With no savings to get through quarantine, the poorest have suffered most, particularly migrants. A million additional people have accessed food aid.

Italy has allocated temporary residency to over half a million undocumented farm workers, and there is a renewed campaign to pass jus soli laws that have been on ice since 2017, laws that would allow citizenship to anyone born in Italy. Black Lives Matter protests here are connecting police violence and the deaths of migrants at sea: one placard read, “Under water, under the knee, I can’t breathe.”

In the first weeks of Italy’s lockdown, Australia appeared to exist in a previous version of reality. It seemed a fragile place that couldn’t see its own fragility, a place where a fiction of innocence still prevailed. People went about their ordinary lives, perhaps reconsidering their travel plans. The prime minister announced a ban on large gatherings, then attended a 3,000-person church service before it came into effect. I worried that our leaders weren’t taking this emergency seriously.

I often write about the climate crisis, so I’ve had some version of this Cassandra complex for a while now. Long fascinated by the particularly Australian intersection of climate denialism, colonisation and selective amnesia, I was afraid that all these familiar mechanisms would lead to catastrophe. It wasn’t unreasonable to expect disaster; I’d already watched it play out once this year, during the worst bushfire season on record. The scale of those fires would once have been unimaginable, a scene from climate fiction. Now the media was calling it a “new normal”.

But normality had already left us. The climate emergency was moving fast, and it was getting personal. While ordinary people were quick to act in solidarity and care, finding each other food and housing or raising much-needed funds for our largely volunteer rural firefighters, the federal government had been just as quick to pass responsibility to the states. I read the letter that a group of senior firefighters had sent the prime minister earlier in 2019, warning of disaster. I saw the photos of him on holiday in Hawaii. I’ve been a volunteer firefighter for eight years; I know how risky it is. And there these politicians were, gaslighting the public on the reality of the climate crisis, even as people were dying from it.

As Italy rebuilds, politicians here speak of constructing a greener, more egalitarian country. The EU is placing the European Green Deal at the centre of its recovery, quadrupling its Just Transition fund to €40bn. I’m struck again by the sense that Australia exists in another version of reality.

Spared the worst of the pandemic so far, its possibilities for change are already being snatched away: free childcare replaced by gas fields, income support evaporating, dreams of shiny new kitchens in unaffordable houses. Our government handed the gas lobby the keys to the family car, in the form of its Covid-19 Coordination Commission, and the results have been depressingly predictable.

The climate crisis is a public health emergency. If it moves more slowly than the virus, it’s also far more lethal. Like the pandemic, its harms are unevenly distributed, exacerbating pre-existing inequalities. It demands urgent action, global cooperation, scientific and medical expertise. It is inseparable from social transformation, from an awareness of how much we all depend on each other – and how much our collective power can achieve. In a just world, no one should have to fight for oxygen.

• This essay will be part of the anthology Fire, Flood and Plague, edited by Sophie Cunningham and published by Penguin Random House in December

Charlotte McConaghy: The Last Migration author on melancholy and writing during a pandemic