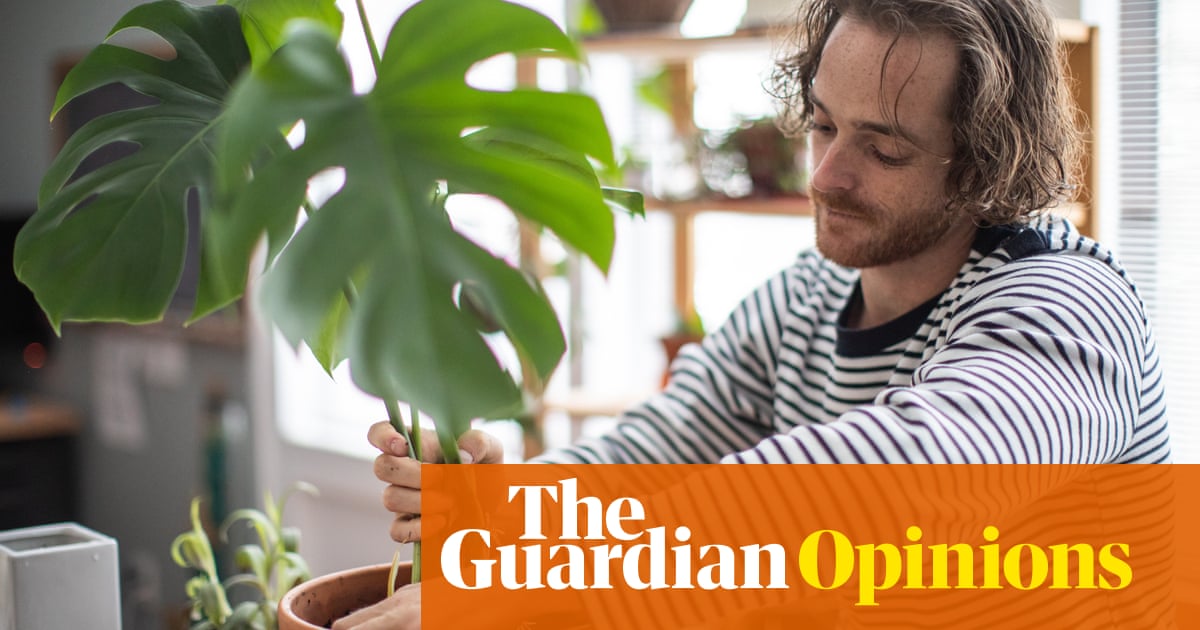 Pandemic stress can be relieved by cultivating greenery, which makes people happier and more relaxed 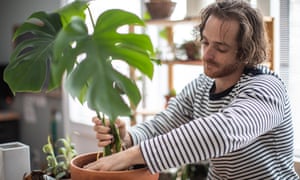 ‘Looking after plants triggers a neurochemical reward system in our bodies, releasing endorphins and, some argue, oxytocin.’ Photograph: Getty

The essayist Jia Tolentino wrote last year about people being in the grip of “houseplant fever”; ads for houseplants called “Ken” or “Pippa” pop up on the internet; a Zoom call isn’t complete without a plant somewhere in evidence; and social media abounds with tips and pictures. It should surprise no one that greenery offers an antidote to pandemic anxiety.

Caring for a living object and creating a tranquil indoor sanctuary can be soothing activities in an uncertain and stressful time. The Royal Horticultural Society reported a 23% rise in plant sales in July compared to 2019. Rare plants are sold on eBay and traded on Facebook. Many come from overseas and might look green in a living room but leave a large ecological footprint. Before the pandemic, in the US, getting paid to style houseplants was becoming a career. We are nowhere near the levels of mania that led to tulip bulb prices soaring and then collapsing in the 17th century. Still, today’s rarity-chasers will pay £4,000 for a four-leaf variegated minima – and such high prices pose a temptation to others: a variegated monstera, a cutting of which might fetch £1,500, was stolen last month in New Zealand.

A fever, as we all know, means something is wrong. There has been much written about how houseplants are especially popular among millennials who cannot look forward to home (let alone garden) ownership; for whom the job market is radically unstable; for whom the combination means that children are just too much of a gamble. Houseplants are affordable, concrete and within reach.

Many people of all ages have long known that cultivating greenery can make us happier and more relaxed. The care that plants need may not be demanding, but it is care nevertheless. Looking after plants, writes Sue Stuart-Smith, in The Well Gardened Mind, triggers a neurochemical reward system in our bodies, releasing endorphins and oxytocin – chemicals of pleasure and relaxation, of creativity and satisfaction, that go some way to counteracting the fragmentation of our social worlds. She quotes a study in which people were given a variety of presents. Only flowers reliably elicited a true smile rather than a forced one.

Plants in offices have been linked to an increased level of generosity and trust. And while claims for plants’ healing properties must not be overstated, nor should they be dismissed. A study of patients recovering from the removal of their appendix found that those with plants in their hospital room felt better and took less pain medication than those without. Nearly all the patients who had plants said they were the best thing about their hospital room. Buying houseplants, then, can be understood less as fever than an instinctive reaching for cure – or at least a balm. “As long as you have a garden,” wrote Frances Hodgson Burnett, the author of The Secret Garden, “you have a future.” Even if your garden is only a snake plant or two in the corner, you have a claim on hope.

Environmental News Network – Natural Debate: Do Forests Grow Better With Our Help or Without?