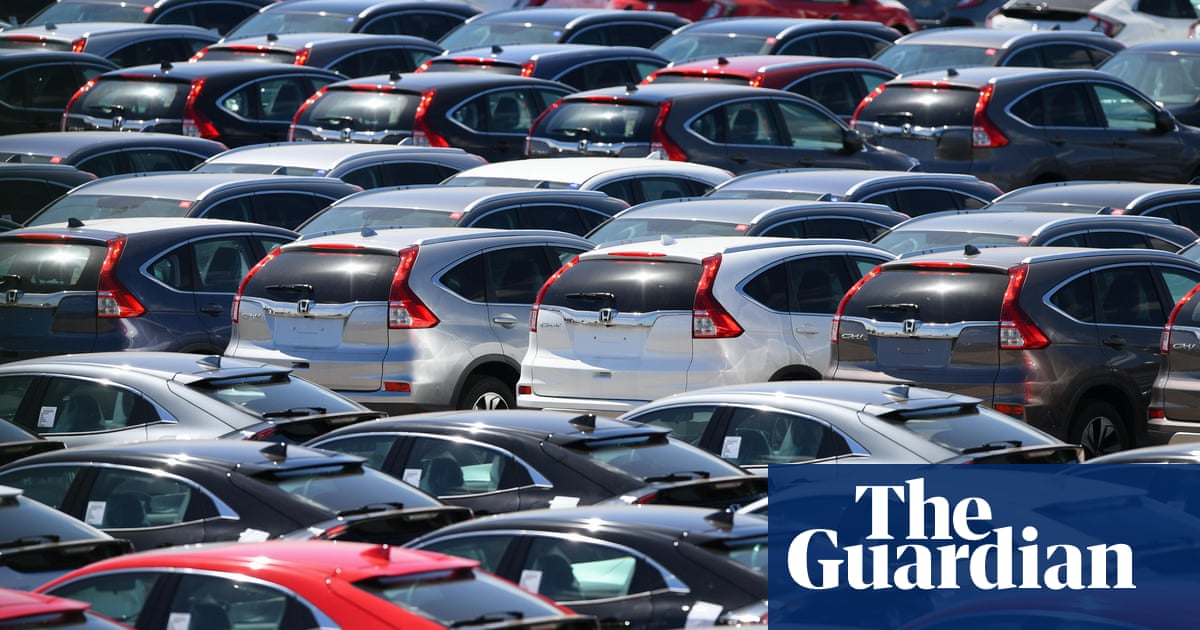 UK and European governments give companies subsidies worth €32bn (£29bn) a year towards buying cars, the vast majority of which are polluting diesel and petrol models, new analysis has found.

The UK subsidies were worth €5.7bn (£5.2bn) to company car owners in 2019, according to the study by analysts Dataforce on behalf of Transport & Environment, a campaign group. Germany, the EU’s largest car market, provided subsidies worth €12bn.

Major European car markets, including the UK, Germany and France, give generous allowances to businesses buying cars, both for vehicle fleets and as employee benefits. These include allowing the deduction of VAT and depreciation write-offs – benefits not available to individual car buyers.

The subsidies overwhelmingly go towards cars with petrol and diesel engines. The study found that 96% of new company cars contain internal combustion engines that emit carbon dioxide, as well as other harmful pollutants such as nitrogen oxides.

Transport & Environment said the subsidies given to company car purchases should be redirected towards electric cars with zero exhaust emissions.

Companies buy the majority of new cars in Europe’s largest markets, many of which end up on secondhand markets for consumers. In the UK, company car purchases, including for fleets and for employee benefits, accounted for 56% of purchases in 2019, according to the UK car industry.

“Electric cars are already the best choice for corporate fleets which clock up high mileage and care about overall costs, not sticker price,” he said. “Yet most company cars have polluting engines. Why should taxpayers effectively subsidise the pollution of company cars when electrics are cheaper to use?”

There is already significant momentum from large companies moving towards electric vehicles. BT, British Gas owner Centrica, Tesco, consumer goods company Unilever and furniture giant Ikea are among the companies who have pledged to electrify their fleets under the EV100 initiative. In the UK, 27 large companies have joined the calls for government policies to achieve 100% electric vehicle sales by 2030.

Sandra Roling, head of EV100 at the Climate Group, a campaign group, said: “Consistent tax and incentive schemes send a crucial signal to scale up business leadership, helping to address the climate crisis as well as dangerous air pollution.”

The production and sale of electric cars is increasing rapidly, as carmakers rush to meet targets for carbon dioxide reduction that came into force at the start of 2020 in the UK and the EU. Carmakers such as Volkswagen, BMW and Renault have ploughed billions of euros into new electric car factories to avoid large fines if the average carbon emissions of the cars they sell break the limits.

However, most of the major carmakers have said they are confident they will hit their targets, prompting concerns that they are eking out as much profit as they can from their petrol and diesel models before they are banned.

Wildcats threatened by their domestic cousins