More offshore wind is welcome, but we have to keep the jobs it creates in the UK 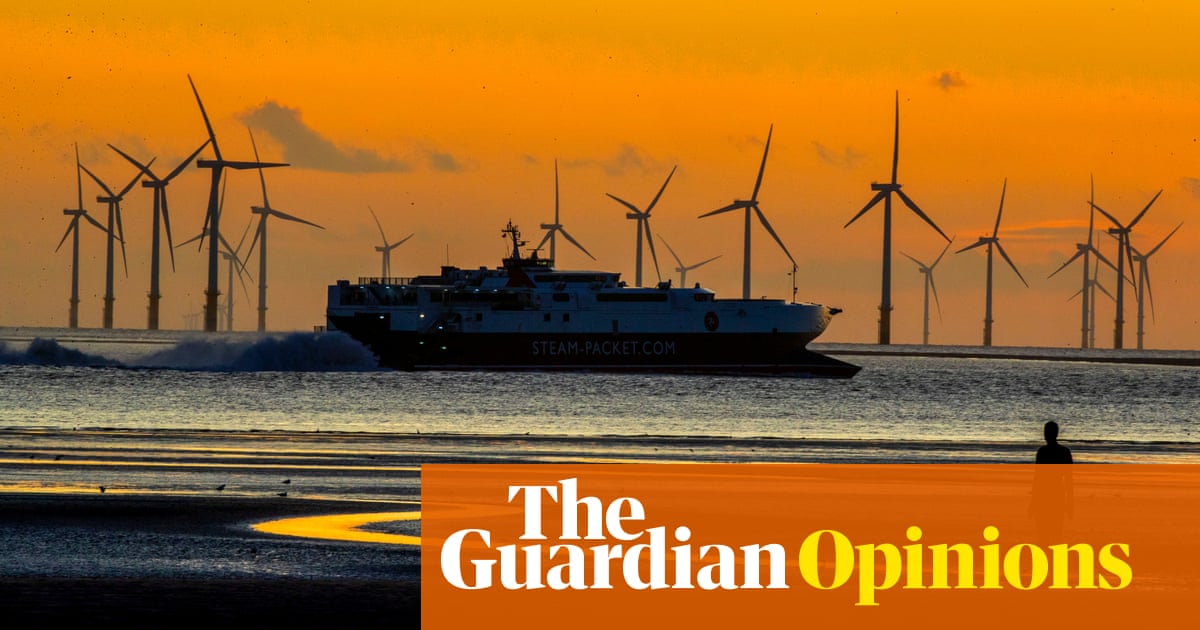 Yesterday’s speech to the virtual Conservative party conference was classic Boris: amusing metaphors, whimsical slogans and grand rhetoric. The prime minister has pledged to usher in a “green industrial revolution” that will help us “bounce back greener” from Covid-19.

One of the most significant announcements was the scaling up of the offshore wind sector. The government intends to quadruple offshore wind capacity by 2030, with a promise to power all our kettles, lights and electric cars from clean, “guilt-free” electricity.

It is a bold and ambitious target, requiring the installation of one wind turbine every weekday for the next 10 years, costing almost £50bn in capital investment. If this sounds familiar, it’s because this commitment from the Tory party was already made in its 2019 election manifesto, with the full backing of the offshore wind industry.

The prime minister announced £160m for ports and infrastructure in Teesside and Humber, Scotland and Wales, needed to build and service these turbines, but if these plans are to benefit communities as well as reducing emissions, the goal must be to keep the jobs and manufacturing contracts in the UK. Just last month, contracts to manufacture the platforms for 114 wind turbines off the coast of Scotland were won by a US corporation that intends to manufacture and ship them from China and the UAE, taking advantage of lower production costs in those nations.

Last year, EDF awarded contracts for a significant portion of its windfarm supply chain to Indonesia, ignoring the opportunity to invest and develop local manufacturers in Fife, despite the windfarms being located just off its coast. The offshore wind sector has nonetheless set a target of 60% British content in windfarms by 2030, up from roughly 50% today. A more concerted effort from government and business alongside trade unions could help achieve that target while creating green jobs and supporting the clean growth of towns and cities across Britain’s coast.

The striking omission in the prime minister’s speech was any mention of onshore wind – a technology that is currently the cheapest way to produce energy in the UK but has been crippled over almost five years through government policy. The onshore wind sector did receive a minor reprieve earlier in the year, when the government agreed to allow onshore wind to participate in competitive auctions, but rigid planning rules mean that an equally guilt-free source of electricity might miss out on powering a green industrial revolution. The Conservatives continue to harbour a misapprehension that onshore wind faces opposition from constituency voters, despite overwhelming evidence to the contrary. The renewable energy auctions next year will support more onshore wind, but most of it is likely to only be in Scotland.

Instead, the offshore wind sector is the goose that lays the golden egg, as is evident in the prime minister’s desire to make the UK Saudi Arabia for wind energy. The success of offshore wind wasn’t merely down to a technical ability to harvest the gusts, but an important story of state-led intervention. Renewable energy targets set with the EU in 2010 provided the legal imperative to scale up wind and solar energy, while an early gamble on expensive wind projects using taxpayers’ money led to a massive innovation boom. So far in 2020, consumers have paid more than £800m to support the offshore wind industry through their energy bills.

An ambitious policy initially funded by the taxpayer has now made the prime minister eat his own words when he farcically claimed, in 2013, that wind energy “couldn’t pull the skin off a rice pudding”. The sector has now come such a long way in just seven years that we are looking at the prospect of negative subsidy projects, where offshore wind will start paying consumers back over the lifetime of their generation.

As the climate crisis accelerates and the government remains off track to meet its own net-zero target, offshore wind cannot remain the panacea for all our problems. A public investment-led innovation approach is now needed in sectors like transport, agriculture and industry, where emissions are harder to cut and new stakeholders need to be engaged. In many ways offshore wind is out of sight and largely out of mind for British citizens, but the next phase of rapid decarbonisation needs to happen in our homes, neighbourhoods and cities, where the changes will be more visible.

The government is expected to launch Johnson’s “10-point plan” to achieve net zero in the next few weeks, trailing the runup to the major climate summit being hosted in Glasgow next November. The prime minister is clearly enamoured by hydrogen, and carbon capture and storage (CCS), calling himself an evangelist of these technologies. But, as with all announcements, whether action matches the rhetoric remains to be seen.

The green agenda is right up there for No 10, and that is a good thing. Now the PM needs to back his idioms and metaphors with significant money.

Luxury housing sales went up by 21% in February :Report

The Morrison government is sabotaging its renewable energy agency