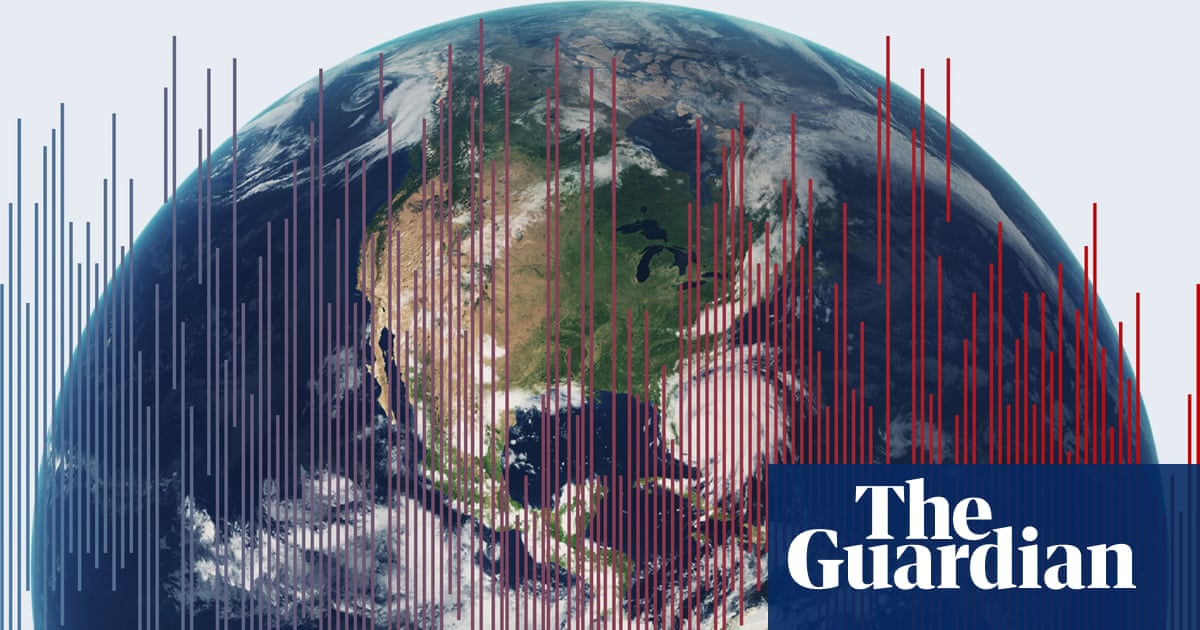 The Earth is changing faster than at any point in modern history as a result of human-caused global heating. From the mid-19th century, when we began burning fossil fuels on an industrial scale, we have been modifying our atmosphere and causing the planet to heat up.

Scientists have forecast that if the world’s temperature passes 2C above pre-industrial levels, the consequences will be catastrophic, with hotter temperatures, rises in sea level, disruption to ecosystems and more extreme weather.

This page will track a selection of the planet’s vital signs, from carbon dioxide levels to Arctic sea ice, and automatically update from reliable feed sources, providing a visual representation of the climate crisis.

The Guardian’s climate promise: we will keep raising the alarm

‘As the tundra burns, we cannot afford climate silence’: a letter from the Arctic