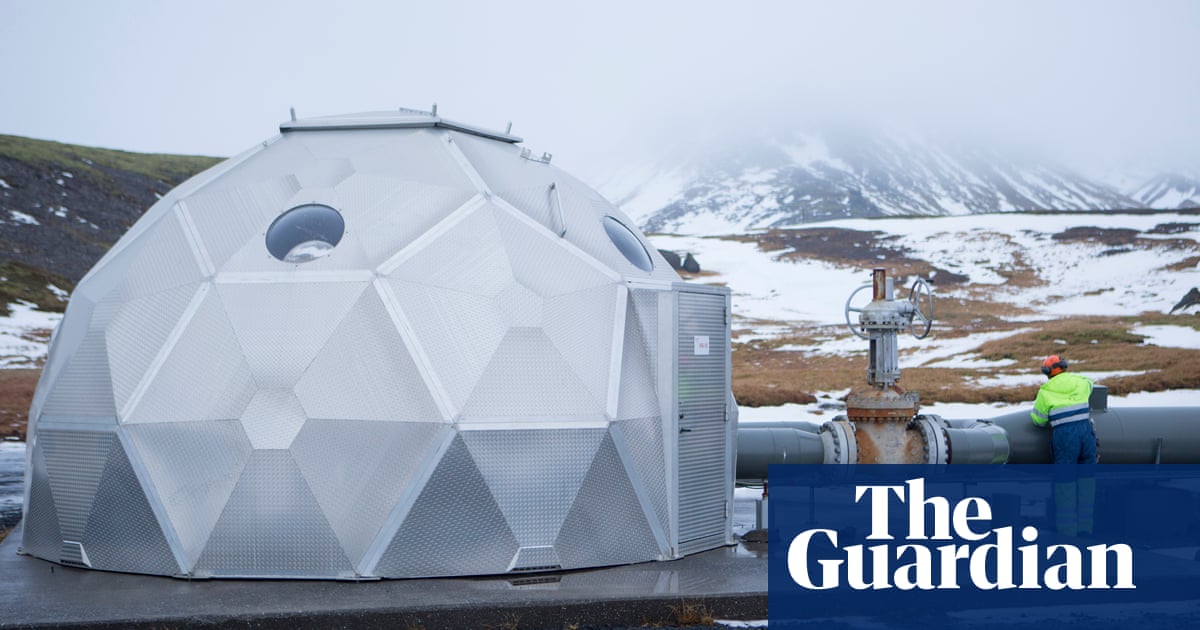 As the world dices with the climate emergency, businesses and governments are starting to push funding towards technology that aims to trap planet-heating gases rather than let them saturate the atmosphere.

Carbon capture is a controversial idea, attacked as a costly distraction from stopping emissions occurring in the first place.

But last month, the International Energy Agency said it was an imperative part of the mix, warning that it would be “virtually impossible” for the world to hit climate targets without capturing and storing emissions generated from factories, power plants, transportation and other sources. The transition to renewable energy, such as solar and wind, would not cut emissions in time, the IEA said.

In an eye-catching recent deal, a consortium including Amazon and Microsoft invested in CarbonCure Technologies, a Canadian firm seeking to slash the carbon dioxide emissions of concrete. Producing cement, the key ingredient in concrete, creates so much CO2 that if the industry were a country only China and the US would emit more over the course of a year.

CarbonCure works with nearly 300 concrete producers to inject captured CO2 into their product. The injected gas chemically transforms into limestone, reinforcing the concrete. Amazon will use the concrete in its buildings, including its vast new headquarters in Virginia.

Currently, CarbonCure is injecting CO2 normally used in products such as carbonated drinks but hopes to “close the loop” by capturing it from cement production in order to reduce global concrete emissions by 500m metric tonnes by the end of the decade.

“The funding from Amazon will be critical to rapidly scale up the solution we’ve developed,” said Christie Gamble, the director of sustainability at CarbonCure. To make a significant dent in pollution, emissions from concrete will have to be captured, or new non-concrete materials will need to be used on a vast scale even as countries such as China and India rapidly build new infrastructure.

“Is that possible? Absolutely. Will it be challenging? You bet,” said Gamble. “This investment is one that indicates a huge amount of optimism of what is possible.”

This broad sweep of technology can be split roughly into two types – air conditioner-like machines that can suck CO2 directly from the air; and infrastructure that captures emissions at source and stores them, usually underground.

Carbon capture is still in its infancy – there are only about 20 projects in commercial use worldwide, according to the IEA – but billions of dollars in investment is flowing into the sector. Microsoft has announced a “moonshot” climate plan that will involve direct air capture of CO2 and biomass energy carbon capture and storage, where wood chips are burned and the resulting carbon is injected into rock formations.

Norway is launching a full-scale carbon capture and storage project, named Longship after the Viking vessels, while a direct air capture project for the Permian Basin in the south-western US is doubling in size and aims to suck up 1m tons of CO2 a year. The US government is pitching in, recently awarding $72m to two dozen different carbon capture initiatives.

“We are at a tipping point and no one knows quite how it will tip,” said Klaus Lackner, an Arizona State University expert in the field who invented “mechanical trees” that remove CO2 from the air. Lackner said the world was likely to surge beyond the 1.5C global heating limit set out in the Paris climate agreement. “We are living in an overshoot world where 1.5C will be missed,” he said. “We are going to have to step harder on the brakes and we are going to have to get carbon back.”

But many environmentalists are not keen on an idea that would burnish the green credentials of fossil fuel companies by installing carbon capture technology on power plants. “Carbon capture and storage is not a solution to the climate crisis, it is part of the problem,” said Karen Orenstein, the climate and energy programme director at Friends of the Earth. “This extraordinarily expensive pipe dream is just false rhetoric propagated by the fossil fuel industry in an attempt to save itself.”

Critics point to the example of Petra Nova, a $1bn flagship carbon capture project in Texas that was mothballed this year after the crashing price of oil made it economically unviable (supporters of the project note that it captured 92% of the CO2 that passed through it, exceeding expectations).

Lackner said that retrofitting ageing “zombie” power plants with carbon capture units was often pointless, with renewables waiting in the wings to replace fossil fuels. The technology should instead be used, he said, for stubbornly persistent pollution coming from shipping, aviation and trucks that could not easily be removed by the shift to cleaner energy.

“Scaling up is the issue and so it needs investment and it needs regulation,” Lackner said. “We’ve ignored the problem and now we are in a hole. We have to stop digging but we have to fill the hole up, too.”

Lackner said the industrial capacity for widespread carbon capture exists, but it required political will. “Much like … sewage in the 18th century, we don’t see the value of cleaning up a mess until it hurts us,” he said. “There’s going to be irreversible harm: species are going to go extinct, seas will rise and we won’t be able to unmelt glaciers. We will get there, the question is how much collateral damage we will do on the way.”