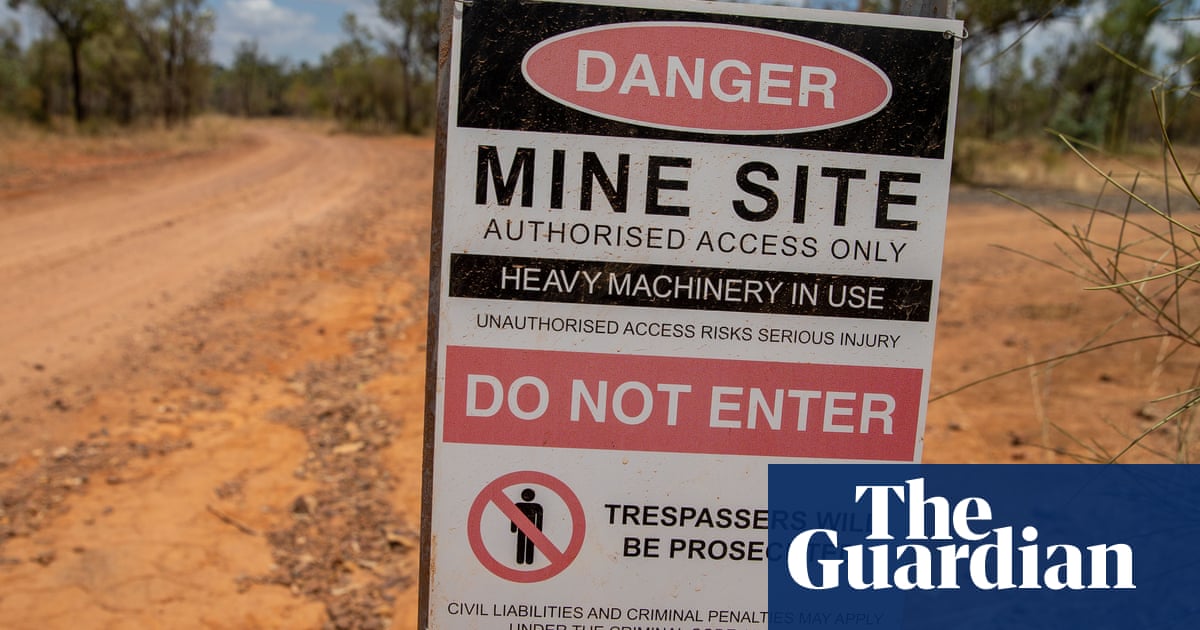 Several other major resource companies are understood to have raised concerns about advertisements, which the mining industry peak body says were approved by its board.

In a statement, BHP said it objected to advertising that “specifically targets the overall standing of one political party” and had formally asked for the QRC ads to be withdrawn.

“BHP has [on Tuesday] given notice to the QRC that it will suspend its membership of the association, effective immediately,” the statement said.

“BHP supports communications campaigns focused on policy issues of interest to the resources industry and the people who work in it and rely on it.

“The QRC has, over many years, made important contributions to such policy debates, however the current campaign is not consistent with that contribution. BHP has been left with no choice but to suspend its membership with immediate effect.”

In a statement, Origin – which has interests in natural gas production, power generation and electricity retail – said it valued the policy advocacy of the QRC.

“However the campaign around the Queensland election oversteps a clear boundary between policy and politics and we do not endorse this activity.

“Origin expressed concerns about the campaign directly to the QRC, and we have since communicated our decision to suspend our membership.”

Guardian Australia understands that Australia’s second-largest exporter of metallurgical coal after BHP, AngloAmerican, is reviewing its membership of the QRC.

The large diversified miner South32 has also contacted the QRC to make clear it is opposed to the anti-Greens advertising.

A South32 spokesman said: “As with any potential misalignment between South32 and our industry associations, we have engaged with the QRC to formally raise our concerns.

“We value the work that the QRC does to support the Queensland resource industry and the broader community, however we do not support campaigns directed at individuals or political parties,” a spokesperson said.

The dynamic has created additional scrutiny around preference deals, and potential alliances with minor parties should the election result in a hung parliament. This week the Liberal National party has announced it will put Labor last in all 93 electorates.

Some of the state’s regional lobby groups – including from the farming and mining sectors – have voiced concern that the LNP preference decision could result in additional Greens being elected to parliament.

The QRC advertising, which has been running on social media since Sunday, specifically targets the Greens.

In a statement on Tuesday, QRC chief executive Ian Macfarlane, the former federal LNP MP, said the industry lobby group would “continue to warn Queenslanders about the risk to jobs of voting for or preferencing the Greens right up until 6pm on election night”.

The QRC released a subsequent statement on Wednesday from its board president, Brent Gunther, defending the campaign. Gunter is also the managing director of InterGen Australia, which runs two coal-fired power stations in Queensland.

“The Queensland Resources Council board considered the issue of an anti-Greens campaign carefully before the board decided to proceed with the campaign,” Gunther said.

“This campaign is consistent with campaigns previously run by other mining organisations in other states.

“The current situation is so dire the QRC has to stand up for its industry, particularly people in regional areas.”

BHP – which has copper, iron ore, nickel and coal interests in Australia – has previously considered quitting industry lobby groups, including the Minerals Council of Australia, over climate concerns.

The QRC’s aggressive pro-coal lobbying, in support of expanding the sector and opening the Galilee basin, has led to some internal unease among diversified and non-coal miners, who are concerned the approach contributes to a negative public perception of other parts of the mining sector. The QRC has done its own private research which bears this out.

Some metallurgical coalminers are understood to be frustrated the industry group has not better sought to distinguish their product – which is used in steelmaking and comprises more than 80% of Queensland’s coal exports – from thermal coal used to produce electricity and the primary target of climate activists.

In December, BHP decided to remain a member of industry lobby groups despite publicly disagreeing about the need to put a price on carbon emissions.

Greens MP Michael Berkman said the majority of Queenslanders support raising mining royalties “and it looks like BHP has acknowledged this”.

“The Greens terrify the QRC because if we win, multinational mining corporations will have to pay more in royalties so we can invest in jobs, health and education,” Berkman said.

“The ultimate question for this election is who benefits from Queensland’s enormous mineral wealth. The Greens are the only party who have proposed raising mining royalties so every Queenslander can benefit, so it’s no surprise the QRC has had a little meltdown.”

The Australian Centre for Corporate Responsibility, which has pushed climate action resolutions at the shareholder meetings of mining companies, has called on other companies to also walk away from the QRC.

Daniel Gocher, the director of climate and environment at the ACCR, said the NSW Minerals Council had distributed anti-Greens material at last year’s state election.

“We welcome this move and encourage BHP to look at its other lobbying associations which have been placing a handbrake on climate action in Australia – notably the Minerals Council of Australia and the Australian Petroleum Production and Exploration Association,” he said

“The QRC was noted as an insidious blocker to climate action in a recent report from InfluenceMap.

“Origin Energy and Santos should heed BHP’s warning, and similarly dump their memberships before shareholders demand it of them.”

Around 30 per cent viewers of IPL were distracted: Zapr