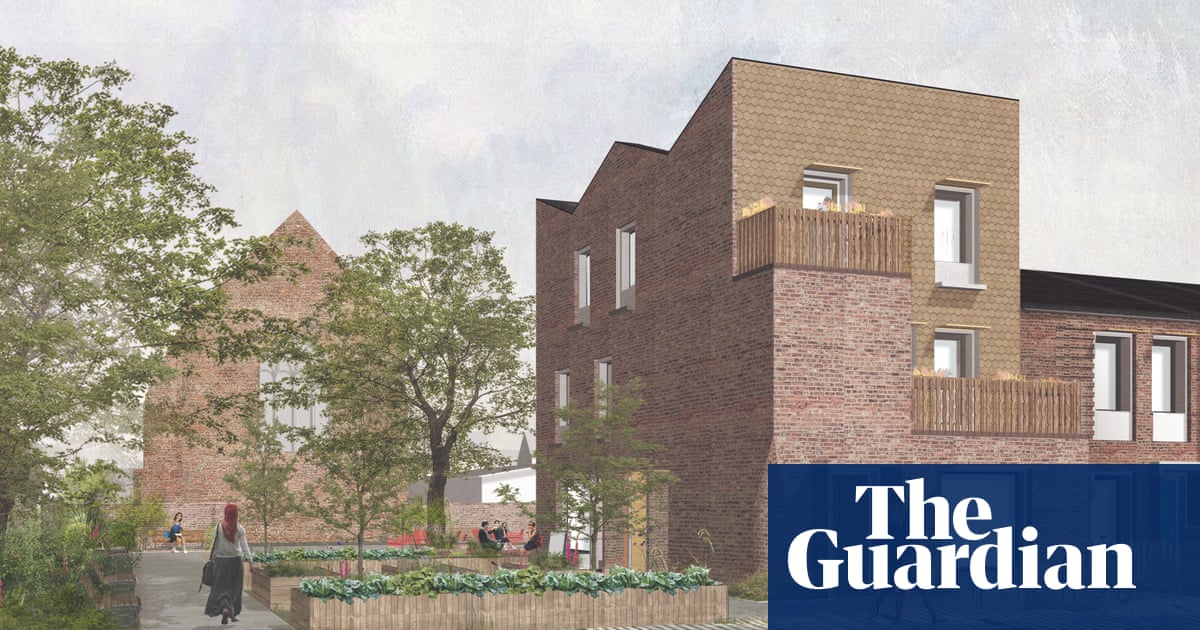 Joseph Rowntree, Yorkshire’s chocolatier-philanthropist, had a dream. He wanted to build “improved houses” for working people and, in 1902, revealed his plans for the experimental village of New Earswick, on the edge of York. The village would make the most of the existing natural landscape, setting little terraces of arts and crafts houses along streets edged with grass verges. Not only would their interiors would be flooded with fresh air, natural light and “a cheerful outlook”, they would also have the modern luxury of indoor loos. Designed by garden city doyens Raymond Unwin and Barry Parker, the development went on to inspire the national Homes Fit for Heroes programme after the first world war, paving the way for the birth of council housing.

More than a century on, York is set to break the mould once again. Plans have just been submitted for the first stage of arguably the UK’s most ambitious council-led housing programme in a generation. The city is planning to build at least 600 homes across eight sites within the ring road, each designed to have a net carbon emissions figure of zero. Every element of the scheme, from the front door out into the transport network, is tuned to tackle the climate emergency head on.

“Rowntree was responding to the Victorian ills of overcrowding and slums,” says Michael Jones, head of housing delivery at City of York Council. “Our modern-day social ills range from loneliness and isolation to fuel poverty and the climate crisis. We’re aiming to address every aspect with these new homes.” 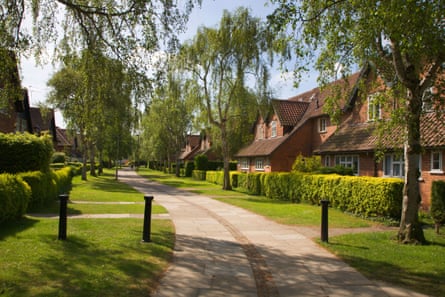 The council has selected as lead architect London-based practice Mikhail Riches, the firm behind the acclaimed Stirling prize-winning Goldsmith Street in Norwich. That scheme of 100 council homes showed that the stringent Passivhaus low-energy standard doesn’t have to mean ugly rendered boxes with tiny windows. The beautiful brick terraced houses, with high ceilings, thick insulated walls and fully airtight construction, are set in a cleverly landscaped masterplan, with communal play spaces and the tight-knit neighbourly feeling of a traditional Victorian terrace. But York is aiming to go even further.

“Passivhaus is like base camp when you’re trying to climb the Everest of zero carbon,” says architect David Mikhail. “We’re planning to go above and beyond, taking into account much more than just the efficient fabric of the houses.”

Starting from first principles, the plans entail nothing less than rethinking the way such neighbourhoods can be arranged. Cars will be banished to the very corners of the sites, so the streets can be devoted entirely to people and play spaces. Generous green “ginnels”, or passages between houses, will run between the rows of homes and around the edges of the developments, providing communal areas to garden, sit together and grow food. And – an essential feature in this compact, flat, cycle-friendly city – every house will come with a bike shed, or even two, fitted with electric charging points, while a fleet of shared “cargo bikes” will also be available to rent, for those occasions when panniers won’t quite cut it.

As at Goldsmith Street, the low-rise high-density terraces will be orientated to take maximum advantage of sunshine, only this time the roofs will also be covered with solar panels and the homes will be warmed by energy-efficient air-source heat pumps. The embodied energy of the construction materials (the energy consumed in their extraction, production and transport) will also be closely monitored, not just the home’s energy consumption. The buildings will be timber-framed and, while there will still be bricks, they will be supplemented with roughcast render and durable timber cladding. 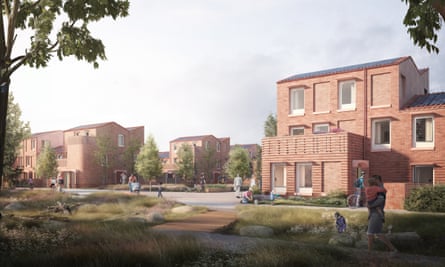 ‘We’re going above and beyond’ … CGI of Burnholme View. Photograph: Darcstudio/Mikhail Riches

But perhaps the most important element is how the plans have been developed in close consultation with local communities, to ensure they link to their surroundings, unlike so many suburban-minded cul-de-sac schemes churned out by volume house builders. One site borders a proposal by Persimmon and the contrast is striking. The latter is full of tarmac driveways and dead-ends, the former a permeable network of paths for people, dotted with allotments and fruit trees.

“It’s important that we tackle climate change, but also that we build houses people enjoy living in,” says Denise Craghill, York’s Green party councillor in charge of housing. The council, like many others, has declared a climate emergency, and has pledged to be net zero carbon by 2030 – a more ambitious target than the government’s 2050 deadline. But, unlike many local authorities that have made the promise, York’s Lib Dem/Green coalition is getting on with it.

“We’re determined to build homes that are warm and comfortable and bring bills down to extremely low levels,” adds Craghill, “but which are also great places to live for a very long time, and can be adapted as people’s circumstances change. It’s about rethinking a holistic low-carbon lifestyle for the long term.”

Given the present lack of government funding, the council has been forced to make its development model self-sustaining, with 60% of the homes set for market sale in order to cross-subsidise 40% affordable housing, half of which will be for social rent. Some plots are also being allocated for self-build homes and a community land trust co-housing project.

The ambition of zero carbon housing has long been bandied about, but the road to its realisation has had a chequered history in England. The first large-scale attempt came almost 20 years ago, in the form of the BedZED development in Hackbridge, south-west London, a series of inventive terraced houses topped with jaunty wind cowls and packed with energy-saving gadgets. Some of the technology didn’t quite function as planned, while the isolated location left many residents reliant on cars, negating the project’s fundamental premise.

The next major step came from New Labour in 2006, when then-chancellor Gordon Brown introduced the Code for Sustainable Homes and declared that “within 10 years, every new home will be a zero carbon home”. But by 2016, the country had effectively gone backwards. Soon after coming to power in 2015, the Conservatives scrapped the zero carbon homes target, ripped up the regs, and accelerated the slide back to business as usual. Despite passing a law in 2019 stating that the country must reach “net zero” emissions by 2050, the latest proposed adjustments to the building regulations have largely been deemed to represent another slip backwards.

“Most of us working on low-energy buildings feel hopelessly depressed about the direction the country is going in,” says Sally Godber, director of Warm, the Passivhaus consultancy working on the York project. “There are so many easy wins that could be adopted across the industry with no additional costs, but there’s no aspiration or leadership from government. It’s left to progressive councils, like York, to lead the way.”

With the same team of architects and engineers working across all 600 homes in multiple phases, Godber says the city’s programme is a unique opportunity to be able to hone the design and perfect the construction details on each successive scheme for maximum energy performance. Just like New Earswick, this latest type of York house could stand as a model for the rest of the country to follow. If we are serious about averting the climate catastrophe and becoming carbon neutral by 2030, we don’t have much choice.

I lived the climate crisis every day of my childhood. This November, I’ll vote on it