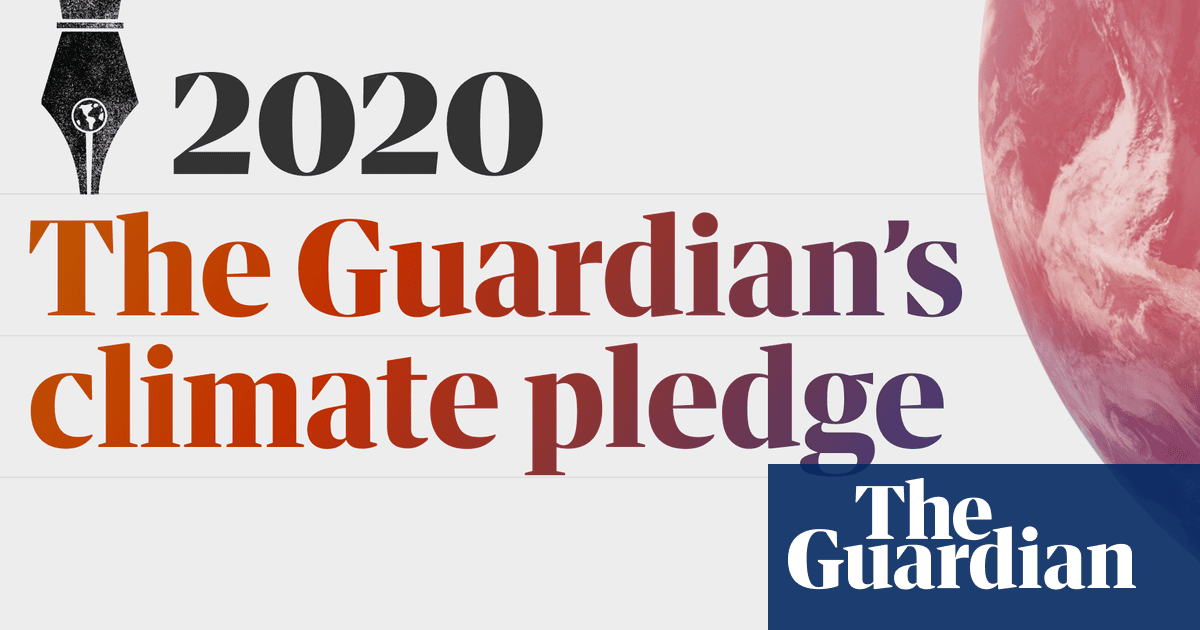 In 2019, the Guardian made a pledge in service of the planet. We declared that the escalating climate crisis was the defining issue of our lifetime, and that quality, trustworthy reporting on the environment was an important tool to confront it. We promised to provide journalism that shows leadership, urgency, authority and gives the climate emergency the sustained attention and prominence it demands.

We also vowed to practise what we preach, striving to green our operations as a global news organisation and achieve net zero carbon emissions by 2030.

So much for promises. Here, we document the progress we have made over the past 12 months.

The Guardian and the Observer have a history of powerful, high-impact environmental journalism that millions read around the world. We have now received funding from readers in more than 180 countries, helping us to maintain our reporting standards and pursue our future ambitions in service of the planet.

Your support means we can keep our journalism open, so more people have free access to essential, quality reporting on the climate crisis. It protects our editorial independence, helping to ensure our reporting is always free from commercial and political bias.

If there were ever a time to join us, it is now. You can show your support for the Guardian today with a contribution or subscription – every form of support, however big or small, is so valuable for our future. Thank you.