‘It’ll be around forever’: fossil fuel workers switch to new jobs in renewables 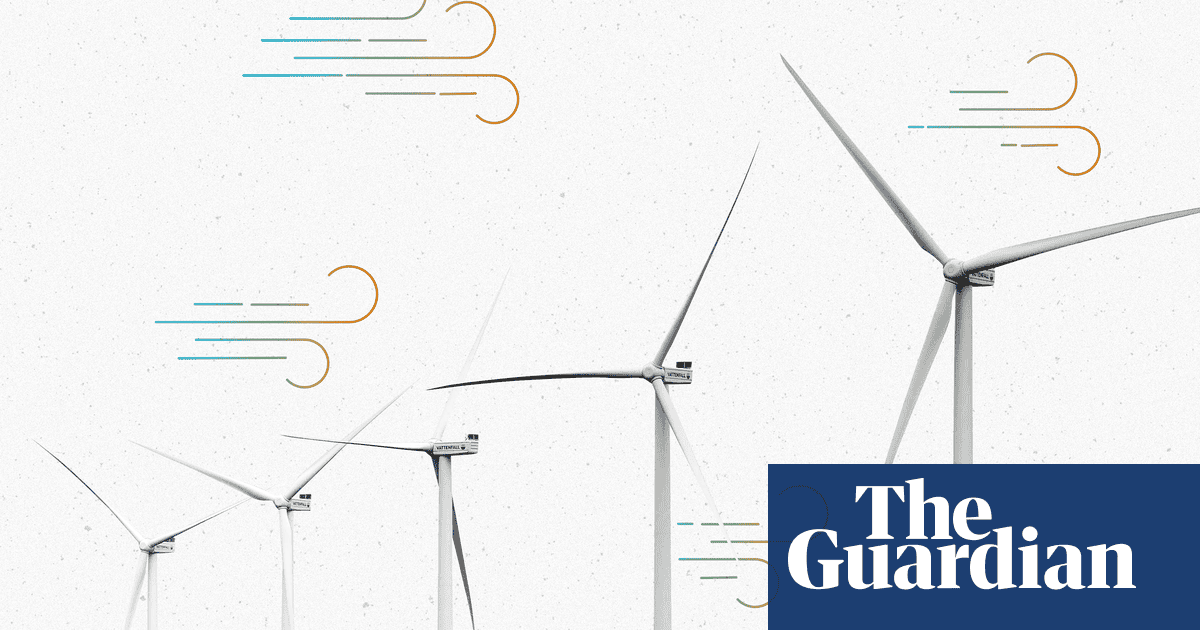 “This is absolutely massive for me,” Mustafa Hamed explains. The 21-year-old from Wigan first came to Britain from Iraq as a child more than 17 years ago in the wake of a bitter war steeped in oil. Today, he is helping to build what will be the world’s biggest offshore windfarm off the east coast of England.

Hamed joined Jones Bros Civil Engineering UK, a Welsh engineering firm, as an apprentice last year. He now works as a contractor at the Dogger Bank offshore windfarm, a multibillion-pound energy project by SSE Renewables and the Norwegian energy company Equinor that is due to begin powering millions of British homes by the early 2020s.

“I take it really seriously because it’s something that will benefit the world,” he says. “I feel very fortunate to be part of this. It feels like every day we’re doing things that haven’t been done before, progressing towards something really important.”

The rise of Britain’s offshore wind industry has made the giant turbines dotting its coastlines one of the country’s greatest industrial success stories since the discovery of North Sea oil. It has been a rapid ascent, with the transformation from high-stakes gamble to industrial triumph taking place over the last five years.

Other renewable technologies are also quietly subverting decades of energy industry dogma. In Nottinghamshire, disused mining sites host tens of thousands of solar panels, while in West Lothian an old open-cast mine has found a second life as the site for an onshore windfarm. Twenty miles away in Edinburgh another defunct colliery is the site of plans to create geothermal heating sourced from underground pools of water left behind after the coal reserves were depleted.

The renewable energy industry is no stranger to proving its mettle. It was forged in the crucible of the last financial crisis. In the wake of the credit crunch the banking system teetered on the brink of collapse and GDP growth floundered below 1%. But the burgeoning green economy continued to grow. The offshore wind industry increased its economic contribution by almost 17% and the solar industry’s growth was almost 7%.

In the decade since, the growth in renewable energy has accelerated in line with fast-falling costs, kickstarting an industry that in 2018 contributed turnover of more than £46bn to the UK economy and employed almost a quarter of a million people.

The most startling collapse in cost can be seen in UK waters, where the next generation of offshore windfarms is due to be built for less than a third of the cost to energy bills of their early predecessors. Onshore wind turbines and solar farms are now so cheap they can be built without any subsidy at all.

These falling costs have helped build an army of sea-borne windfarms in European waters, and the impact is rippling across the globe too. The UK remained the largest market for offshore wind at the end of last year with a combined operating capacity of 9.7GW, followed by Germany with 7.5GW and China with 6.8GW.

But by the end of the decade China will lead the world by hosting more than a fifth of the world’s offshore wind turbines equating to 52GW, while the UK tally is expected to rise to 40.3GW.

The collision of crisis and opportunity is likely to give Britain’s renewable energy developers an even more vital role in the UK economy, and create an employment safety net for the towns and industries that might otherwise be left behind.

Jamie Shilliday, 32, an offshore wind engineer for German utility RWE, retrained in wind power engineering to leave the “basic monotony” of work at the Nissan car plant in Sunderland, the future of which is at risk if the UK fails to agree a trade deal with the EU.

“I wanted to get out of the factory, try something new, and see the world a bit. But today I’m being paid to do something that I really enjoy,” he says, “and that really means something.”

Courtney Doughty, from Grimsby, agrees. She left school in 2018 to join the apprenticeship programme at Ørsted, a Danish energy company. She beat hundreds of other hopefuls who applied for a handful of opportunities to join the company, which has ignited an economic renaissance in the local area. 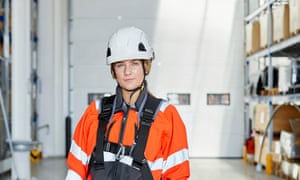 “It sounds so cringey,” she says, but being “an 18-year-old girl working alongside 40-year-old men” has been like “working with family”.

In her final year of the scheme she is helping to maintain the almost 100 turbines spinning 17 miles off the Norfolk coast that make up the Race Bank windfarm – and hopes to join the company on a full-time contract next year.

“It was very competitive to get a place on this scheme,” she says. “I always had a passion for green energy so it made sense for me to work for a company like Ørsted. A lot of people will join because it’s helping climate change, but also because it’s a company which will be around forever.”

This is no small draw for young people growing up in the UK’s coastal towns and former industrial heartlands, where the collapse of traditional industries has left many communities facing the looming recession from a more desperate place.

Melanie Onn, a former Labour MP for Greater Grimsby, joined Renewable UK as its deputy chief executive after the last election. She says building new renewable energy projects is “the most cost-effective way to generate power for the future”.

“So as we switch from the carbon-based economy of the past to clean power sources, consumers are the clear winners,” she adds. “We fully expect that the green economic recovery will prove to be a transformational period for this country, as we enter a new era of low-cost power, high-quality skilled jobs and record levels of exports as we capitalise on our world-leading expertise in innovative technologies around the world.”

Ministers are poised to unveil within weeks a plan to become a carbon neutral economy by 2050, which is expected to lean heavily on renewable energy as a clean source of electricity for homes, businesses and the transport industry.

Green electricity is also expected to play a role in powering the machines that produce hydrogen, a clean-burning gas which could soon begin to replace the fossil fuels used in factories, trains and lorries, as well as heating homes and fuelling gas hobs.

Renewable UK believes the offshore wind industry could triple in size within the next 10 years to become a backbone of the UK’s energy system and its low carbon economy.

The sector could employ almost 27,000 workers and 3,000 apprentices, while onshore wind and solar power sectors have enough projects in the pipeline to unleash a £20bn investment deluge and create 22,000 jobs through a single contract auction scheduled for next year.

Shilliday is convinced his move from car factory production lines to offshore windfarms was “a bit of a gamble” that has paid off.

Now is the time for big infrastructure projects, says the IMF