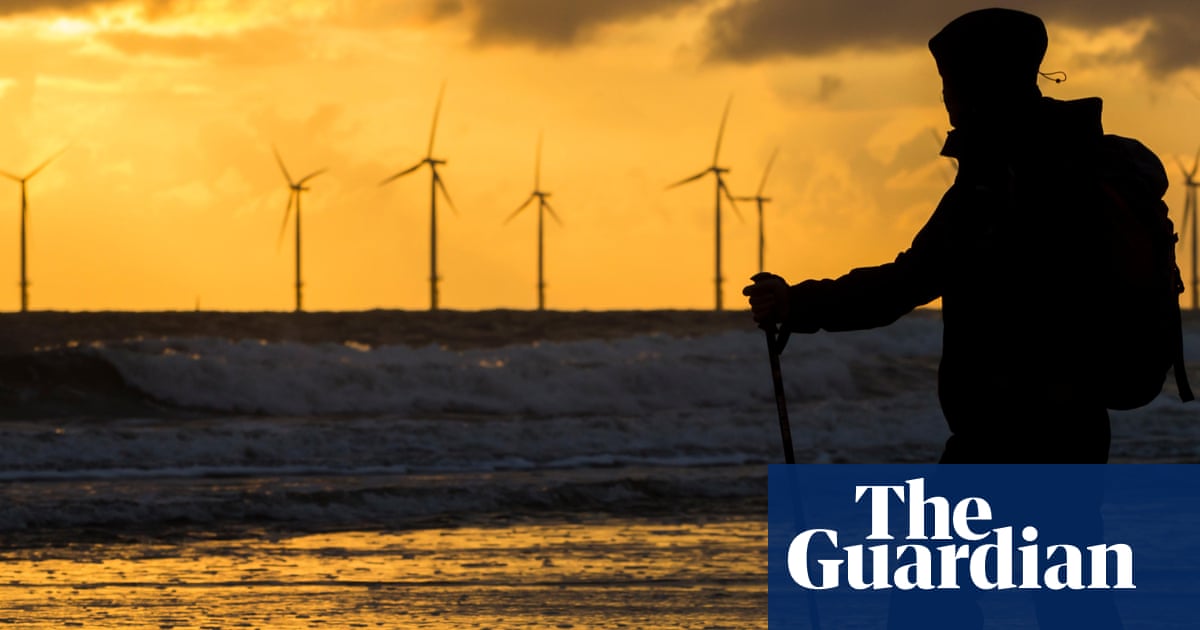 Boris Johnson will promise to power every home in the UK with offshore wind energy within a decade, pledging to make the coronavirus pandemic a catalyst for green growth.

In a speech to the virtual Conservative party conference on Tuesday, he will say that the government will invest in a clean energy future to create “hundreds of thousands, if not millions of jobs” in the next decade.

The prime minister said the UK would “become the world leader in low-cost clean power generation – cheaper than coal and gas”, comparing the UK’s resources in offshore wind to Saudi Arabia’s oil wealth.

“We believe that in 10 years’ time offshore wind will be powering every home in the country, with our target rising from 30 gigawatts to 40 gigawatts,” he will say. “Your kettle, your washing machine, your cooker, your heating, your plug-in electric vehicle – the whole lot of them will get their juice cleanly and without guilt from the breezes that blow around these islands.”

The government has come under fire in recent months for failing to set out plans for a green recovery that would put the UK on track to meet its goal of reaching net zero carbon emissions by 2050. Apart from £3bn for insulating homes, there were no green measures in the Covid-19 recovery plan.

No 10 said the pledge was the first step in a 10-point “Build Back Greener” plan, which the prime minister would set out later in the year and includes new targets and investment into industries, innovation and infrastructure.

The prime minister made no mention of onshore wind, which is the cheapest form of wind energy, but has been subject to stringent planning regulations brought in under David Cameron, which have meant few onshore turbines have been built in the UK in the last five years.

Johnson will say that the government will invest £160m in manufacturing the next generation of turbines, including floating windmills capable of delivering 1GW of energy by 2030, over 15 times the current floating offshore volumes worldwide.

Downing Street said the initial investment would rapidly create about 2,000 construction jobs and enable the sector to support up to 60,000 jobs directly and indirectly by 2030 in ports, factories and the supply chains.

“Far out in the deepest waters we will harvest the gusts, and by upgrading infrastructure in places like Teesside and Humber and Scotland and Wales we will increase an offshore wind capacity that is already the biggest in the world,” Johnson is expected to say.

“As Saudi Arabia is to oil, the UK is to wind – a place of almost limitless resource, but in the case of wind without the carbon emissions and without the damage to the environment.”

In a tacit acknowledgment of how wind power has been controversial among the Conservative grassroots, Johnson said it had been used throughout key moments of British history.

“I remember how some people used to sneer at wind power 20 years ago and say that it wouldn’t pull the skin off a rice pudding,” he will say. “It was offshore wind that puffed the sails of Drake and Raleigh and Nelson, and propelled this country to commercial greatness.”

Johnson said the target would help the UK reach its target of net zero by 2050 – a target which has been criticised by campaigners as under-ambitious.

Downing Street said new floating offshore technology would allow windfarms to be built further out to sea in deeper waters, boosting capacity even further where winds are strongest and ensuring the UK remains at the forefront of the next generation of clean energy.

The boost for offshore wind was welcomed by green campaigners, who urged him to go further with his plans by providing incentives for electric vehicles and other low-carbon infrastructure.

Caterina Brandmayr, head of climate at the Green Alliance thinktank, said: “A green recovery is the best way to create jobs in every part of the UK, to lead the world in tackling climate change, and to protect our precious natural world. The race is now on for the government and British businesses to replicate the success story of offshore wind in electric vehicles, smart grid technology and future-proofed homes.”

John Sauven, executive director at Greenpeace UK, said: “If carried through, [the commitment] would help cement the UK’s global leadership in this key technology. But delivering 40 gigawatts of power on to the grid by 2030 requires action in this parliament. We now need to see the prime minister’s newly found enthusiasm is followed through by knocking down all the barriers that the offshore wind industry faces in delivering its ambition.”

The UK is set to chair the next round of UN climate talks, Cop26, which have been delayed from November to next year because of the pandemic.

Later this autumn, Johnson is expected to accelerate the shift to electric vehicles, another step in the planned green economic recovery from the coronavirus pandemic.

The decision to end the sales of new petrol and diesel vehicles by 2030 would put the UK ahead of France, which has a 2040 ban in the pipeline, and in line with Germany, Ireland and the Netherlands. Norway will bring in a ban in 2025.

The announcement of the Build Back Greener plan is tentatively scheduled for November and is expected to follow the advice set out by the Committee on Climate Change, including support for the UK’s nascent clean hydrogen industry to help cut carbon emissions from homes and heavy industry.

Now is the time for big infrastructure projects, says the IMF

For all its green talk, the IEA still gives comfort to oil and gas producers