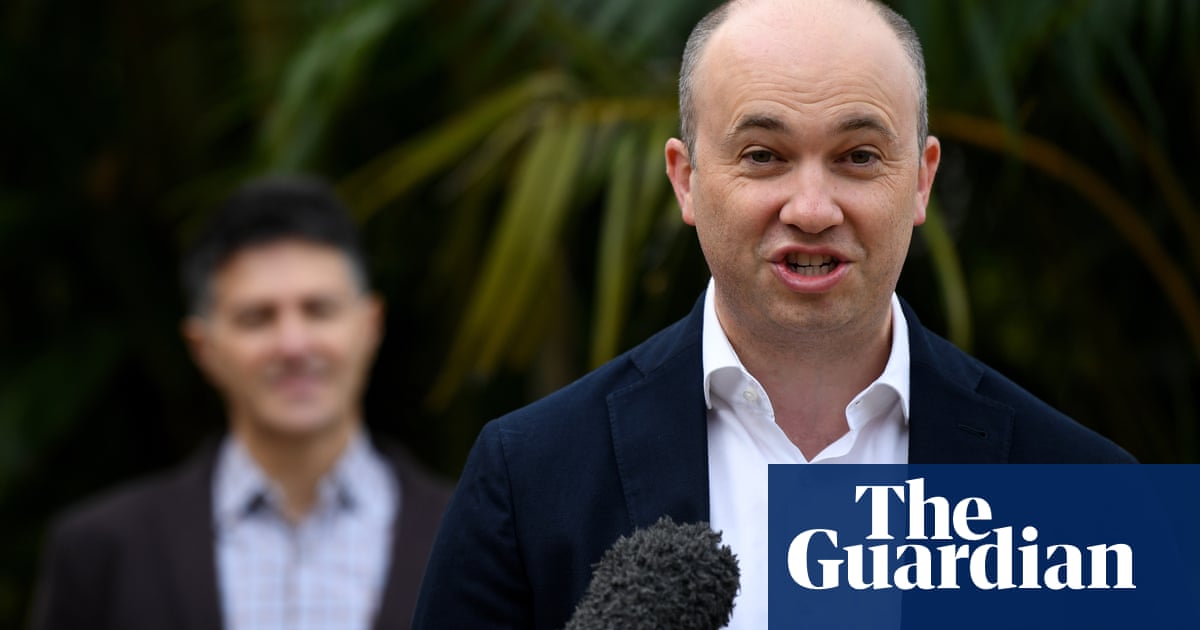 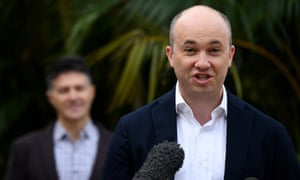 NSW energy and environment minister Matt Kean reportedly said earlier this week that the business case for gas was ‘on the clock’ and that while it ‘may be useful in the short term’, the economics were questionable. Photograph: Joel Carrett/AAP

Scott Morrison has rebuked the New South Wales energy and environment minister Matt Kean for describing the controversial Narrabri coal seam gas development as a “gamble”, declaring Kean is out of step with the premier and the state’s own policy.

The prime minister on Thursday used an interview on the Sydney radio station 2GB to tell Kean, the NSW Liberal frontbencher and a vocal advocate for renewable energy, to pull his head in, declaring “if you are not for gas, you are not for manufacturing jobs”.

“I’m afraid the minister is a bit out of step with his own government, their own policy, the premier and indeed the deal he struck with the federal government,” Morrison said. “You’ve got to stick to your deals and stick to your word.”

Morrison is referring to a $2bn deal his government struck with the Berejiklian government earlier this year to increase gas supply and reduce greenhouse gas emissions from the electricity sector.

Under that agreement the NSW government committed to facilitating investment opportunities to inject an additional 70 petajoules of gas a year into the east coast market.

At the time the deal was struck Berejiklian told reporters the Narrabri gas project “may very well be” the source of extra gas and “will meet” the requirement.

But at that time the NSW government already had two projects in development – the Port Kembla and the port of Newcastle gas import terminals – that were forecast to deliver more than 200 petajoules between them.

The NSW Independent Planning Commission this week gave what it described as “phased approval” of the $3.6bn Narrabri gas project in the state’s north. The project remains highly contentious with local farmers, conservationists and Indigenous traditional owners.

Earlier this week Kean reportedly told the launch of the conservative youth wing of the Coalition for Conservation that the business case for gas was “on the clock”.

Kean told the group gas “may be useful in the short term” but he said the economics were questionable because “gas is a hugely expensive way of generating electricity”. The NSW minister said it would be sensible to move towards cheaper ways of delivering energy.

These arguments from Kean are unexceptionable based on the current evidence. The Australian Energy Market Operator says new gas-fired power is likely to be more expensive than alternatives like farmed renewable energy and pumped hydro, or demand response programs.

While gas is said to have about half the emissions of coal, studies have suggested its impact may be greater due to leakage of methane, which is a particularly potent greenhouse gas.

While the Coalition in Canberra is championing a “gas-led” recovery from the coronavirus, the Coalition also remains a signatory to the Paris agreement, which includes a commitment to keeping a global temperature rise this century well below 2C above pre-industrial levels, and also pursue efforts to limit the temperature increase even further to 1.5C.

Gas creates pollution both in extraction and use.

Morrison said on Thursday Gladys Berejiklian understood that gas was “an essential part of the energy mix” and was “absolutely critical” to supporting the manufacturing industry. But fewer than 1% of Australian manufacturing jobs are in gas-intensive industries that would materially benefit from a massive gas industry expansion, according to an upcoming analysis from the Grattan Institute.

“I spoke to the premier, I didn’t talk to [Kean] and the premier agrees with the government strongly, and the policy that the NSW government has is gas is an essential part of the energy mix, and [the Narrabri project] is 1,300 jobs and it’s $12bn worth of investment,” the prime minister said on Thursday.

The prime minister is due later on Thursday to unveil more taxpayer support for manufacturing in six priority sectors ahead of the budget on 6 October.