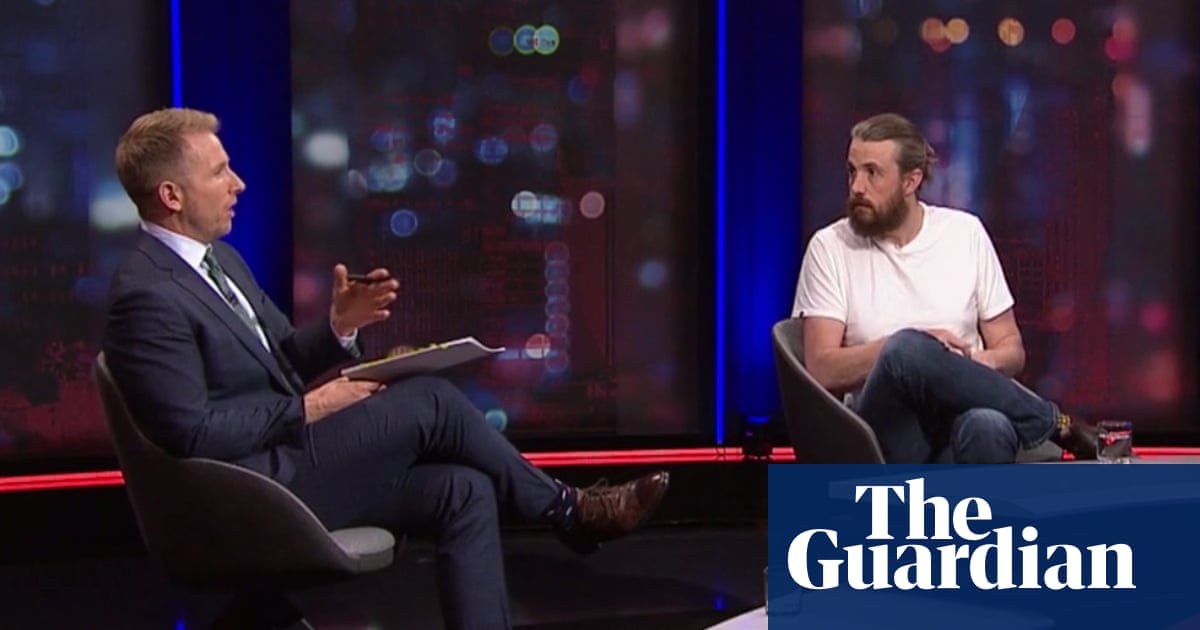 On a climate-focused episode of Q+A, the Atlassian cofounder also criticised the government’s promised “gas-led recovery” and said it was “laughable” Australia did not have a 2050 emissions target.

China is the world’s biggest emitter of greenhouse gases, but last week, Chinese president Xi Jinping delivered a shock announcement to the UN that the country would become carbon neutral by 2060.

“If we already worried about our fossil fuel industry, we should be even more worried,” he said. “China will not only get out of importing coal and importing gas and over the next 40 years, but for coal, it’s in the next 20 years.

“They will get out of Australian products of those even faster,” he said.

He said China would also boost its own domestic supply of coal, which would help its own economy while harming Australia’s.

“It’s not purely around the climate change angle for then, it is about putting their economy in the best position,” the tech billionaire said.

Nationals MP Darren Chester disagreed, telling the panel that China was “still building more coal-fired power stations” and “will still require Australian coal for the foreseeable future”, but Cannon-Brookes said the minister was “being clever with the numbers”.

He told host Hamish Macdonald the Chinese government would not build all the coal power plants they have planned.

“[Chester] is also not mentioning that 2020 is the first year in the history of the world where coal-fired power generation is less than the year before,” Cannon-Brookes said. “2019 will be the peak.

“The world is generating less energy from coal in 2020 than 2019, for the first time ever. It will continue to go down from here, including China.”

The Atlassian cofounder also continued to berate Chester, after the minister said the government could not set a 2050 emissions target, because “it would be unfair to set a target for 2050 without saying how we would do it or pay for it”.

Brookes told the panel: “I find it laughable when politicians say they’re not into long-term planning. That’s the job. Planning what the nation is going to do over 20, 30 years. We build roads for 20 or 30 years. We don’t know how to pay for it? That’s bunkum.”

China expert and former government advisor Yun Jiang said that China’s renewables pledge could be trusted, even though the Chinese government had lied about other promises, because it was in the country’s own self-interest.

“China has committed a lot of human rights violations in Hong Kong, in Xinjiang, Tibet, and now we’re seeing it in inner Mongolia as well,” Jiang said. “But I agree with [journalist] Marian [Wilkinson] as well that China tends to act in its interest, and I think that, in terms of climate, it is in its interest to act now.”

Later in the program, Macdonald grilled Labor’s shadow climate change minister, Mark Butler, over whether Labor was “flip-flopping” on its support for fossil fuels, including gas.

Chester accused Labor of being split on the issue, saying that Labor MP Joel Fitzgibbon was “going freelance” and “running policy from the Hunter”.

“Mark would have a lot more credibility talking about emissions targets if Labor had one for 2030,” Chester said. “They can’t even agree on the 2030 target. Now they’re talking about 2050.”

Questioner John Butler from Windella Downs in the Hunter Valley also said he had heard “a lot of misgivings” from the coalmining area that Labor was “rushing” to renewable energy.

Butler said Labor was still reviewing its energy policy, as part of a promise from leader Anthony Albanese after the party lost the 2019 election.

Butler said gas was “an important part of society and the economy”, but he thought the government’s plan “[doesn’t] constitute anything like an economic recovery strategy”.

Cannon-Brookes was scathing of the gas-led recovery plan, saying it went against the science on reducing emissions.

He said using gas as a transition fuel on the way to renewables was supported, but the government’s plan would lead to long-term gas extraction.

“Gas power plants we have today, we need to keep them running for their useful life as a transition to are renewables, and we’ll get there.

“[But] if you ask [chief scientist] Alan [Finkel] if massive amounts of gas extraction is good for our climate emissions goals, he’d say it’s terrible.”

Jiang, who went to high school in the Hunter, said the region would adapt to new industries, including renewables, without fossil fuels.

“I remember when BHP was shut down in Newcastle and many people lost their jobs, but over the next few years, it recovered,” she said. “There were new companies, there were new industries.”

Jharkhand is a lawless state: Karat

Norway plans to drill for oil in untouched Arctic areas