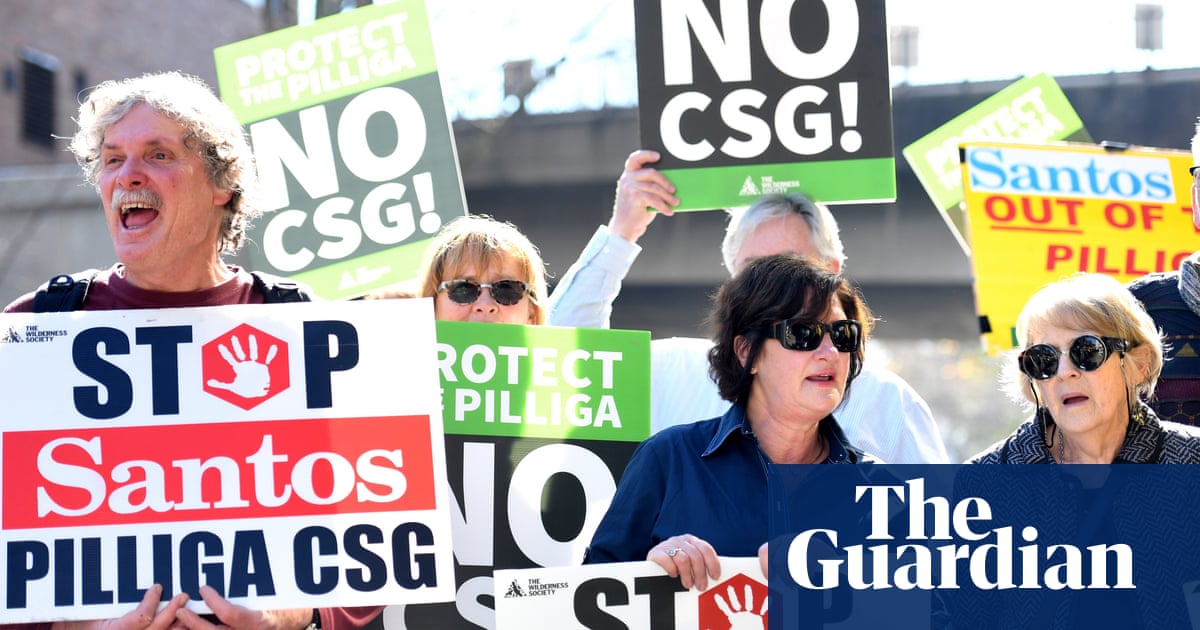 Evidence suggesting the proposed Narrabri coal seam gas development could have a greater impact on groundwater than previously believed has not been considered by authorities due to a strict approval timeframe imposed by the New South Wales government, activists say.

The state’s independent planning commission is due to announce on Wednesday its decision on the controversial gas project in northern NSW following a 16-week assessment period in which opponents have raised concerns about implied political pressure on the commission to approve the development.

It included the prime minister, Scott Morrison, saying developments such as Narrabri needed to be accelerated to help drive a “gas-fired recovery” from the coronavirus recession.

Lock the Gate, an environment group opposed to coal and coal seam gas projects, tried to submit fresh evidence about what it said was the cumulative effects of multiple mining projects on groundwater in the region on 14 September, a little over two weeks before a decision was due.

The commission replied that it would not consider the evidence as it had to meet a state-government imposed deadline to make a decision about the project by 30 September, and there had been more than eight weeks in which submissions could be made.

Georgina Woods, Lock the Gate’s NSW coordinator, said recent changes introduced by the state planning minister, Rob Stokes, had imposed new time limits on the commission in making assessments. She said it had a “chilling effect” on the commission’s independence.

“I’m quite concerned … There’s all these political players running around confidently declaring that the project is going to be approved. That’s not an atmosphere that instils trust and confidence in the public that the process is objective,” she told Guardian Australia.

Woods said Lock the Gate’s new evidence showed the project proponent, oil and gas company Santos, had used outdated models in assessing how its project and nearby resources developments would affect groundwater levels.

She said the company relied on models previously used in assessing Whitehaven’s Narrabri underground coal mine, but that Whitehaven had subsequently updated its data when planning an extension. Using the latest models showed the cumulative impact of the developments would be “far greater” than Santos or the NSW planning department contended.

“This is not last-minute stuff. This is an impact assessment that Whitehaven submitted last year. It’s not like Santos and the department didn’t have time to include this in their impact assessment,” Woods said.

Both Santos and Stokes’ office declined to comment. A spokesperson for the commission referred to a written response to Lock the Gate by the commissioner, Dianne Leeson, on 18 September, in which she said the minister’s direction about timing was binding on the commission.

She said it was initially given 12 weeks, extended to 16 weeks after Santos made a late submission and additional information was sought from the department. It meant there had been more than eight weeks in which submissions could be lodged.

She said Lock the Gate had reiterated the new evidence it provided should not be considered submissions, making it unclear how the correspondence should be treated, and the act made clear the commission was not required to consider communication from the public outside the stipulated time.

The Narrabri gas project would involve up to 850 coal seam gas wells being drilled on 1,000 hectares of a 95,000 hectare site that includes Pilliga forest and nearby grazing land. Santos says it could provide up to 200 terajoules of gas a day for domestic use for 20 years, equivalent to 50% of NSW demand.

The commission heard evidence from hundreds of people and groups, most of them opposed. Objections included that it would damage the local environment and groundwater and lead to substantial greenhouse gas emissions at odds with Australia’s commitment to the Paris climate agreement.

But the project has strong government backing including the formal support of the NSW Coalition. The prime minister, Scott Morrison, listed it as one of 15 projects of national significance, promising an accelerated assessment under federal environment laws, and the energy and emissions reduction minister, Angus Taylor, has suggested it will reduce energy costs for consumers. This has been contested.

Stokes introduced changes to how the commission operates, including new timeframes in which decisions needed to be made, earlier this year. It followed a review in response to a backlash from mining groups to recent decisions, including the rejection of a coalmine in the NSW Bylong Valley.

Lock the Gate said the commission had accepted new information after submission deadlines on other proposals, including Bylong.

European Union climate investment lags behind US and China