Narrabri gas project: do we need it and what’s at stake for Australia’s environment? 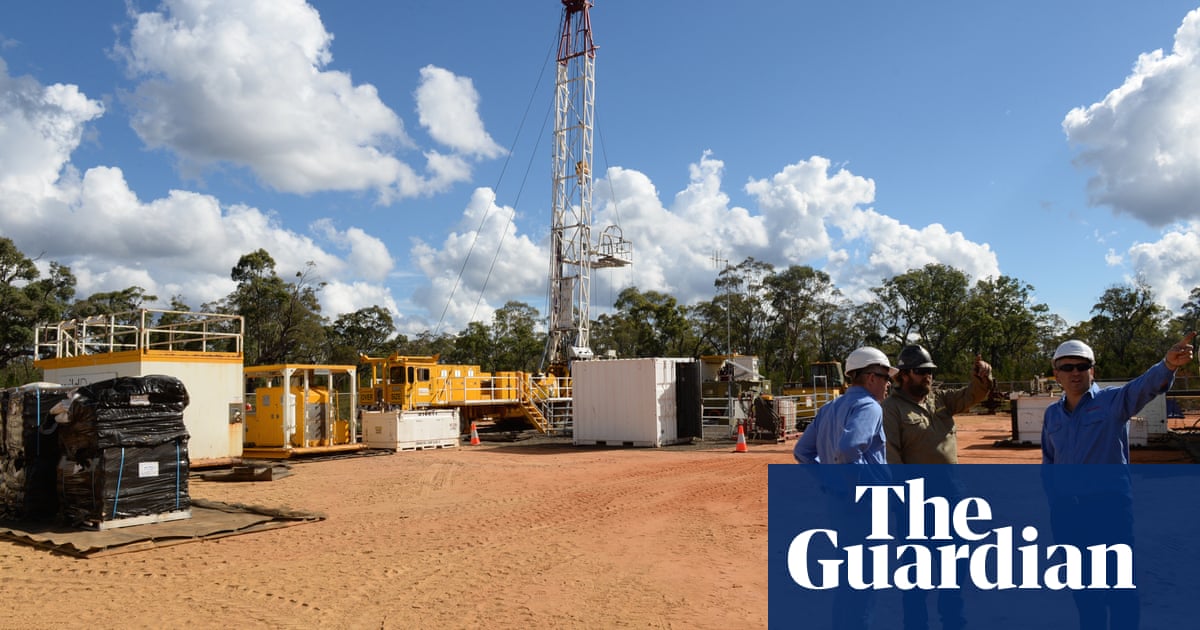 The New South Wales independent planning commission is due to make a decision on a proposed new gas development at Narrabri, in northern NSW, on Wednesday. Here is what is at play.

What is the project?

The proposal by Santos to develop a gas field at Narrabri has been in the works for more than a decade, but has become emblematic of something much larger – the Morrison government’s push to significantly expand gas extraction and use.

As proposed, the $3.6bn project would involve up to 850 coal seam gas wells being drilled down on 1,000 hectares across a 95,000 hectare site that includes Pilliga forest and nearby grazing land. The wells would descend more than a kilometre below the surface to draw up to 200 terajoules of gas a day for domestic use for 20 years – equivalent to 50% of NSW demand.

Santos’ pitch is that it will deliver “more affordable, secure, cleaner energy” for the state, lead to jobs and investment in a regional area and can be developed “safely and sustainably” without harming water resources or the environment.

It is backed by both the federal and state governments, several business groups and gas-reliant manufacturers. It received formal backing from the Berejiklian government in June, when the state Department of Planning, Industry and Environment recommended it be approved with what it described as strict conditions, saying it was critical for energy security in the state and unlikely to result in significant impacts on the community or environment.

In a speech earlier this month, Scott Morrison placed the development at the centre of the government’s proposed “gas-fired recovery” from the coronavirus recession, saying “we need to accelerate development of new basins like the Beetaloo in the Northern Territory and Narrabri in NSW”. It prompted suggestions he was implicitly pressuring the independent commission.

Morrison has listed Narrabri as one of 15 projects of national significance, promising an accelerated assessment under federal environment laws. The energy and emissions reduction minister, Angus Taylor, has backed the suggestion it will reduce energy costs for consumers.

While political and business support for the project has been significant, the registered public response has been overwhelmingly against. The department received nearly 23,000 submissions during its deliberations. Nearly 98% were opposed on a range of grounds, including that it could damage groundwater relied on for agriculture, lead to a loss of pressure in the Great Artesian Basin, affect biodiversity in the Pilliga forest and release substantial greenhouse gas emissions.

Opponents include local farmers, scientists, conservationists and those who do not believe the economics stack up. A former national chief scientist Penny Sackett said it was at odds with the Paris agreement and cutting emissions to net zero by 2050 – a target backed by the NSW government and many in business, but not Morrison.

What do we know about what Narrabri would mean for gas prices?

The company changed its evidence in a late submission to the commission, handed in after public hearings were complete, to suggest the gas could be produced at Narrabri for $6.40 a gigajoule – significantly less than the previous estimates of between $7.28 and $9.36 a gigajoule. The new estimate roughly lines up with a federal government goal of the domestic gas price coming down to about $6 a gigajoule. It does not include the cost of transporting the gas.

The company said the lower estimate came from an Australian Energy Market Operator (Aemo) assessment of future gas opportunities published in March. But the Australia Institute pointed out the estimate Aemo used was provided by Santos itself. A separate analysis by Aemo a month earlier suggested Narrabri gas could be more expensive than that from the Cooper Basin in Queensland, which currently provides more than 50% of supply in NSW.

David Kitto, the director of the state department, had earlier told the commission the project was relatively small and bureaucrats had not claimed it would reduce gas prices. He rephrased this at a later appearance to say Narrabri was consistent with the state government’s policy to put downward pressure on prices by increasing supply.

Is the gas needed?

Under a $2bn energy agreement with the federal and NSW governments announced in January, the state agreed to increase supply by 70 petajoules a year. But the premier, Gladys Berejiklian, said Narrabri was one of “two or three options” that could do it. Others on the table included import terminals at Port Kembla and possibly Newcastle.

Aemo’s assessment, and the federal government’s plan, do not consider whether gas is the cheapest way to meet additional energy demand, or factor in the cost of the emissions associated with new gas developments.

In his energy speech this month, Morrison quoted a gas industry estimate that 225,000 manufacturing jobs were in industries that relied on gas and need a cheap, reliable supply. But an upcoming report by the Grattan Institute challenges this, finding there were only between 4,000 and 5,000 manufacturing jobs heavily reliant on gas on the east coast.

Several studies during the push for a green economic recovery from Covid-19 have argued that while Australia will rely on gas for some time to come, it does not need new gas fields – that an energy efficiency and electrification drive for households and business could reduce fossil fuel reliance while creating jobs, lowering costs and setting up the country for an inevitable low emissions future.

What are the environmental concerns?

Several have been raised, including the loss of parts of the Pilliga forest, the potential for contamination of aquifers connected to the coal seams in the area and concerns that Santos has not yet had to finalise a plan to dispose of the estimated 33,600 tonnes a year of salt waste the project will produce.

The company says it has signed a memorandum of understanding with Natural Soda to take salt. Scientists have argued this should not be seen as enough to assuage concerns that the salt could lead to dangerous contamination of ground and surface water.

The climate impact is likely to be significant. Gas is often described as having half the emissions of coal, but recent studies have suggested it could be more. A recent analysis suggested Australia’s emissions accounting underestimates national emissions by about 10%, largely due to a failure to properly recognise the impact of methane – a particularly potent greenhouse gas – released during gas production.

What does the commission need to consider when making its decision?

Criteria include the likely environmental, social and economic impact of the project, the suitability of the site, submissions received and the public interest.

Is the decision of the commission final?

Close to it. The substance of the decision cannot be appealed, but a judicial review can be requested by the proponent or opponents if they believe the commissioners have used their powers incorrectly.

If Santos is successful, the final regulatory hurdle will be federal environmental approval – a step the prime minister has said would be fast-tracked.

Attention would then turn to whether the company believes the project is a sound financial investment. Not everyone is convinced it would be.