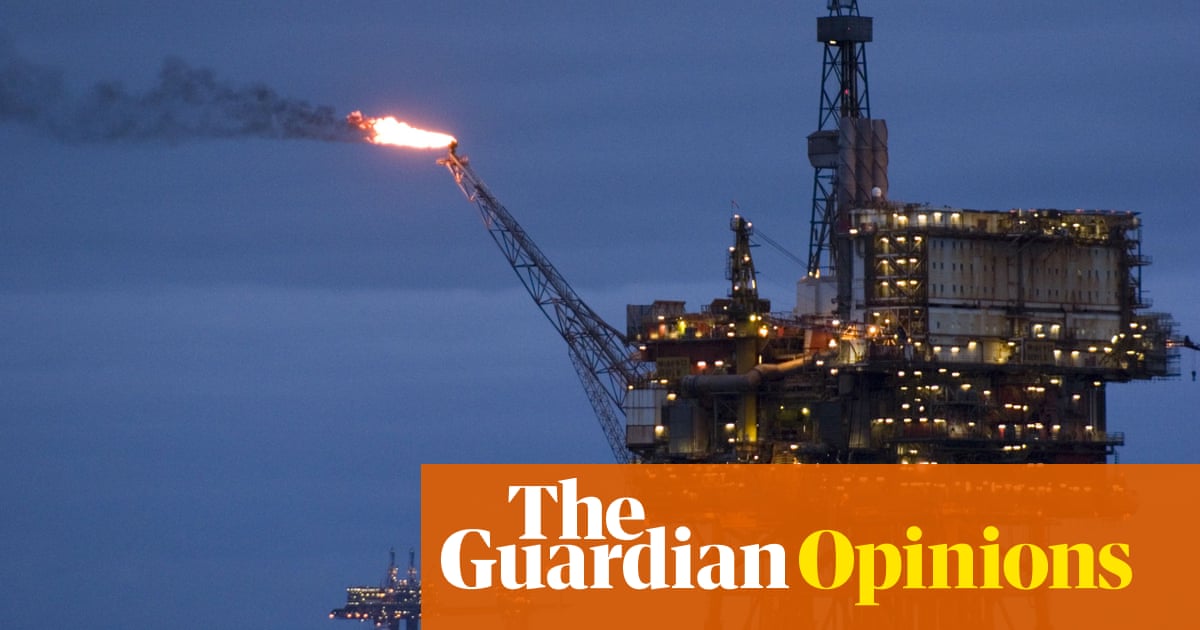 Oil and gas is one of the main industries in Aberdeen where I grew up, and it was inevitable that I would follow in my father’s footsteps to work on the rigs out in the North Sea. Three weeks straight in the middle of the sea is tough, so much so that for many people their first stint is often their last. But the stability of the job when I started in the industry 13 years ago, as well as the decent pay and conditions, made up for the long periods away from family and friends.

This stability was to be short-lived. By 2016, a sustained period of oil price drops had hit the industry hard, and my employer of seven years took swift action, slashing jobs across the sector. That year there were 120,000 fewer jobs than at the peak in 2014. The wages and bonuses that had enticed us on to the rigs as direct employees were made less and less appealing. Like many of my colleagues I became self-employed, as the new working conditions pushed us to leave what we thought would be jobs for life. It’s no wonder that a majority of workers in my industry rated their job security as being so low.

Jobs in oil and gas aren’t just at risk from economic shocks and fuel price fluctuation – we’re also in an industry that’s now in terminal decline. The writing is on the wall: fossil fuels are contributing to global heating and sea and air pollution, while green alternatives are cleaner and becoming cheaper to produce. For those of us in the industry who have families to look after and bills to pay, this change is frightening, but we’re also realistic about the need for it to happen and open to the transition – as long as we’re part of the process.

As I know from colleagues and friends, and as the report out this week from Platform, Friends of the Earth Scotland and Greenpeace makes clear, workers are open to shifting to renewable energy if a proper training scheme is put in place for us. We won’t be able to take up new jobs overnight, so any training scheme will have to cover oil, gas and offshore wind, so that we’re able to work across industries as we begin the transition.

Training alone won’t be enough of course – we then need the secure jobs to go into. Government investment could be targeted at creating skilled, well-paid and long-term, green jobs paid for by diverting subsidies given to the oil and gas industry.

This year has been extremely tough, but it has also offered us a glimpse into the future. Almost a third of global oil demand was wiped out through lockdowns and travel bans. Where I would usually be offshore and at work for six months of the year, I’ve only been away for six weeks – and 42% of workers in the sector have been laid off or furloughed. The Covid pandemic will eventually pass, but that doesn’t guarantee all the work will return – with even BP boss Bernard Looney saying we might have reached the point of peak oil production. It’s clear that things won’t be going back to where they were.

The industry’s future is unknown, but for people like me who have spent half our adult life living and working in those steel cities in the sea, the transition to a new kind of economy could offer the security we need, as well as climate security for our country. This will only be possible if the government looks to the future, and plans ahead in good time, investing now to create a skilled workforce. If it fails to work with us, however, it won’t just threaten our employment in the future – it could fatally undermine this country’s climate credibility on the world stage and put the brakes on the green transition just when we need to be putting rocket boosters on it.

• Matt Craigan is a pseudonym

‘It’ll be around forever’: fossil fuel workers switch to new jobs in renewables