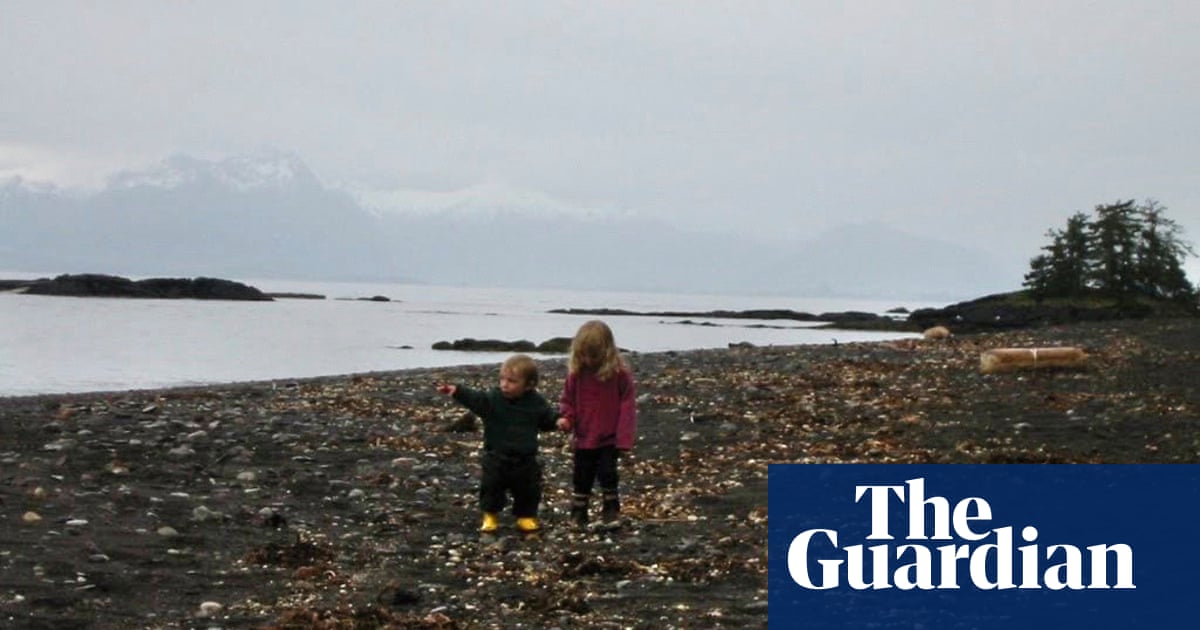 When I was seven, I caught a herring with my hands from the beach beside my grandma’s house in my hometown of Sitka, Alaska. Herring marks the beginning of spring. Every April, the soft “herring rain” seemed to bring the fish into the sound, and I’d watch as the water turned milky and the shallows sparkled with swarming silver schools.

Sitkans gathered on the side of the road to watch the show of sea lions, whales, eagles and fishing boats competing in the million-dollar commercial sac roe fishery. All around the islands, people set out hemlock branches to collect masses of tiny, tasty eggs as part of an annual Tlingit ritual of community and abundance going back to time immemorial.

When I was 10, the fishery closed early for the first time in my life, due to low herring returns. I am now 18, and it hasn’t opened at all for two seasons. The fish that return now are smaller and far less abundant. The factors include ocean warming.

Three years ago, El Niño hit Alaska. The event is a warming of the Pacific ocean every three to five years according to a mostly unpredictable oscillation cycle. In 2015, 62,000 dead murres washed up on beaches in the Pacific Northwest, including around Sitka, and in total, an estimated one million of the birds died. Humpbacks, sea lions and other seabirds also experienced mass die offs.

El Niños are relatively “normal” cyclical events, but 2015’s was by far the worst, and presented a picture of what the ecological impacts of climate change could look like in the future.

Since then, I’ve seen more changes in Sitka’s environment. The alpine glaciers on our island shrank, snow forts became a distant memory, and summers got drier, to the point of drought. Year-to-year weather patterns have become unrecognizable: this year, we didn’t have snow until January, and when it finally came, it snowed over 2ft and we had our first snow-caused school cancellation in 20 years.

The alpine glaciers on our island shrank, snow forts became a distant memory, and summers got drier.

This summer has been the wettest in years, but last summer was the first drought I’ve ever experienced, which forced the nearby town of Ketchikan to use expensive diesel generators to supplement their hydropower supply. The drought was followed by a severe rain event. Incidents like these are becoming more common, and can cause deadly landslides, like one in 2015 that killed three people.

The state of our ocean is what worries me the most. Because of the unusual heat last summer, an algal bloom turned the ocean bright green. This year’s salmon runs, and salmon themselves, were smaller than usual. The sockeye salmon our family harvested this year were tiny compared to just a year ago, and some king salmon lengths have decreased by 10% between 1990 and 2010, due to climate change and increased ocean competition.

People have lived in this place, my home, for thousands of years, and the changes I’ve experienced are unprecedented in their rapidity and significance. To bear witness is disturbing. I also know that this is just the leading edge of what we have to look forward to if we do nothing to combat climate change.

What makes this situation beyond frustrating is that our elected leaders are doing little or nothing, or even making the problem worse.

Since 2001, the Roadless Rule has protected the Tongass National Forest, one of the nation’s largest carbon sinks, from road building and large scale logging (both large sources of carbon emissions). Also since 2001, Alaska’s governors have petitioned to remove those protections.

Lifting the Roadless Rule would not bring back the logging industry, which cost taxpayers a net $600m in subsidies over the past 20 years. The Rule does not hinder community development: nearly sixty community development projects have been permitted since 2001, and none have been prevented. 96% of public comments during a federal review process were in favor of keeping the regulations in place.

And yet, my congressional representatives claim the very opposite. This fall, the US Forest Service is expected to lift the rule, despite the opposition and facts.

The combination of the changing climate, destructive policy, and the refusal of politicians to acknowledge or act on the will of their constituents causes frustration that I and other young people are turning into action. In many ways, this specific issue is representative of hundreds of others around our nation. In this moment, we are seeing clearly whose interests our elected representatives serve. If they aren’t representing us, we have to hold them accountable. We see our homes changing, and no action being taken on climate change. We must make it impossible for politicians to keep ignoring us.

I know it’s unlikely that I’ll see Sitka’s shores glitter with herring again any time soon. I know the winters are going to keep getting warmer, and there will be more wildlife die-offs, and this essay isn’t going to change that. But, we must act to keep loss from becoming catastrophe. Wherever we live, we are all affected by climate change. We all have some story to tell, and we all have a voice. And in this election, we must use it.

An unexpected origin story for a lopsided black hole merger: Researchers suggest a novel process to explain the collision of a large black hole and a much smaller one