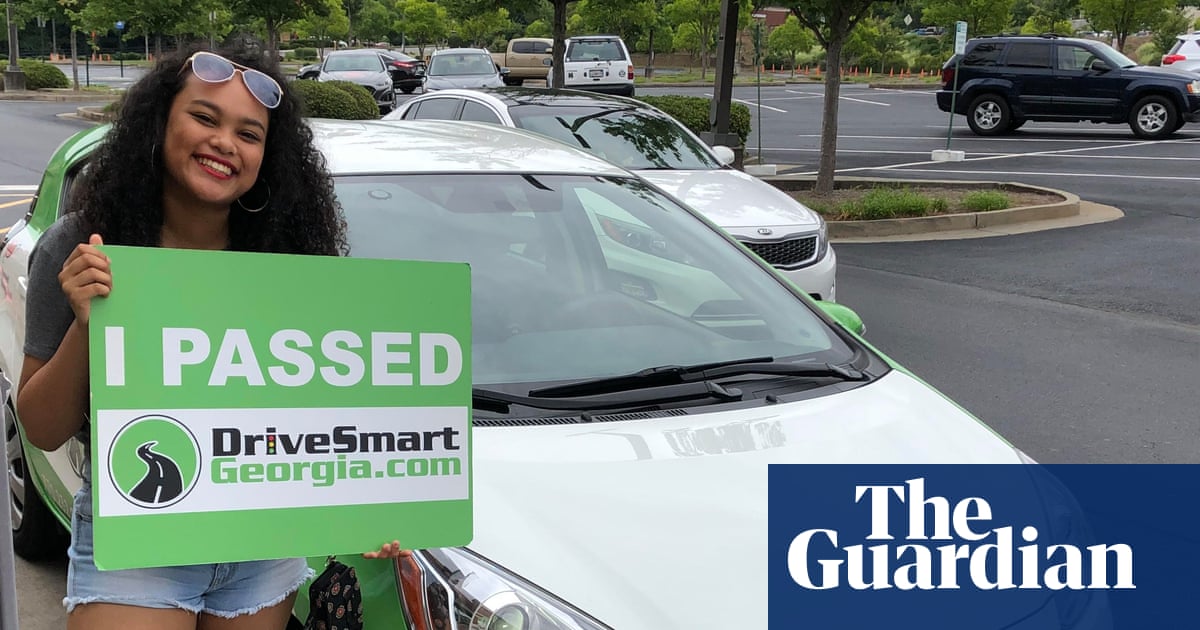 Christian Hughes did not just want to learn to drive – he wanted to do so in a Tesla. So, when it came to getting his license, the high school student found a driving school that specialised in the sought-after electric cars.

As well as being a fan of the vehicles and their technology, he was attracted by their green credentials. “Every second you spend driving a gasoline car contributes to climate change,” says the 17-year-old from St Augustine, Florida, who passed his test this summer. He has since bought a Tesla with his father.

Hughes learned to drive at the Tesla Driving School, launched by All Florida Safety Institute in January. The driving school is one of a growing number offering lessons in hybrid or electric cars to eco-conscious Generation Z drivers.

The institute, which operates a network of driving schools, started the school to meet a need for specialised instruction, to make their cars more green and because of the brand’s “cool factor”, says marketing director Allison Walcutt. “There’s a lot of people that would love to own a Tesla but maybe can’t afford one, so they would like the opportunity to learn to drive in that sort of a vehicle.” But learning on a Tesla comes at a significantly higher cost – $1,099 for 15 hours compared to $685 on a regular car.

Robert Gillmer, president of Driving School Association of the Americas (DSAA) says many driving schools have added hybrids to their fleets and he expects the number of electric cars on offer to grow. “The more electric vehicles there are, the more driving school owners like myself are going to end up buying them if that’s an advantage to us.” Ultimately, though, he says their spread will depend on fuel and vehicle costs.

A new Toyota Prius hybrid costs close to $25,000, while an electric Nissan Leaf sells for more than $30,000 – considerably more than many traditional gasoline-powered vehicles. But the savings down the line are significant.

According to a recent analysis by researchers at the US Department of Energy, the national average of charging an electric vehicle is $0.15 per kilowatt-hour (Kwh). Costs vary from state to state, but over 15 years they predict an electric vehicle could save its owner up to $14,500 on fuel costs compared to a gasoline car.

While driving a hybrid car – which has an internal combustion engine and an electric motor – is similar to driving a conventional one, experts say all-electric vehicles, which are entirely battery-powered and require charging, take some getting used to. The driving test for all three is the same.

Despite this, in 2019, only 2% of US sales of new light vehicles – passenger cars and trucks under 10,000lbs – were plug-in hybrids or all-electric, according to government figures, while 2.4% were hybrids. That number dropped from 3.2% in 2013. In Norway, where electric car use is heavily incentivised, electric cars and plug-in hybrids account for nearly 60% and 15% of its new car market respectively. Why is American electric and hybrid adoption so low?

“It’s an interesting question because EV [electric vehicle] technology originated in the United states and the leading EV company is American,” says Levin. “The answer is partly because Americans like to drive big cars and up to now EVs have been mostly small cars or smaller volume luxury cars.” Around 70% of the US market is SUVs and pick-up trucks. The other part is down to the government, which, he says, unlike much of Europe and China has been “actively hostile” to electric cars.

But green driving schools might help change this picture. Teachers say learning in a hybrid or electric vehicle can prompt students’ families to buy greener vehicles.

Jonah Kligman, 16, recently passed his test at Drivers Ed Direct, an all-hybrid school in Los Angeles, and his parents have since bought a hybrid.

“The hybrid cars don’t make a lot of noise and they’re pretty smooth, so I really enjoyed that,” says the high school student. “But also you’re driving for two hours at a time and I think I had five or six lessons, that’s a lot of time just to be driving around. So to know that you weren’t using a lot of gas and a lot of pollution for a long time driving, it definitely relaxed and eased me a bit.”

Alex Perry, a guest editor participating in the Guardian US first-time voter takeover, pitched the idea for this story after learning to drive in a hybrid car in Atlanta, Georgia. That, in turn, inspired her father to buy one.

The 18-year-old Northwestern student believes learning on a hybrid or electric car helps normalise them – like the metal straws that have increasingly replaced plastic.

“So it’s not something that’s completely alien to them when they’re out buying their own car. It will become more normalised for my generation.”