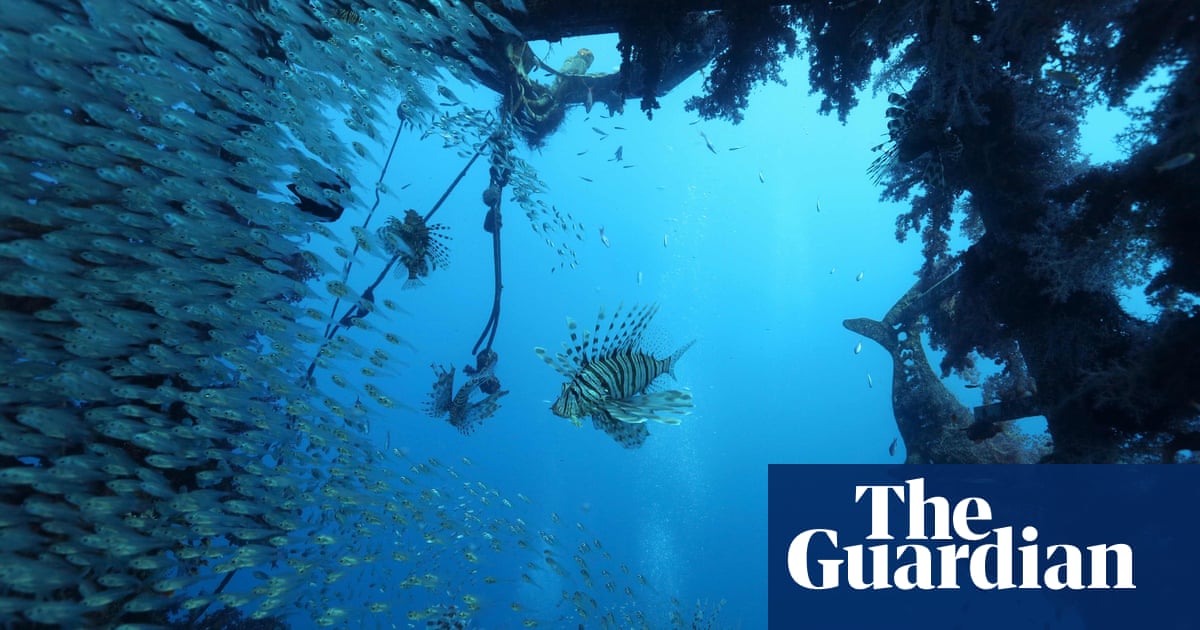 High temperatures and the persistent warming of oceans have triggered profound changes in marine ecosystems, but a new study suggests that the rate of onset of warming – rather than the peak – could also play a key role in the damage fuelled by climate change.

In early July 2017, researchers were drawn to the coast of Eilat, Israel, following sightings of fish carcasses, a rare occurrence in the region’s coral reefs.

“The fish were absolutely fresh … their gills were still red,” said the lead author, Amatzia Genin of the Interuniversity Institute of Marine Sciences in Eilat.

Soon after, a citizen-science campaign was initiated and by early September, 427 carcasses belonging to at least 42 species were collected. Necropsies were performed on 14 freshly dead and moribund fish from eight different species. In 13 cases, severe infection directly caused by a pathogenic bacterium, Streptococcus iniae, was observed.

Although this pathogen is ubiquitous in fish in warm waters, a healthy immune system usually prevents debilitating infections. So, what caused the mass casualties?

Typically, mass fish mortality events in the aftermath of marine heat waves are chalked up to factors such as toxic algal bloom or oxygen deprivation (hypoxia).

“It was not marine heat waves because the water temperature was not exceptionally high,” Genin said.

But further examination revealed that the rate of warming – a rise of 4.2C over 2.5 days in early July – was the steepest recorded since daily measurements were registered 32 years ago. In August, the water warmed by 3.4C in 2.5 days.

The same pattern emerged in two earlier documented mass coral reef fish deaths in Kuwait Bay in 2001 and western Australia in 2011. Both were immediately preceded by rapid warming spikes, suggesting that the rapid onset of warming, regardless of the final temperature, might trigger widespread mortality, the researchers wrote in the Proceedings of the National Academy of Sciences.

“This study isn’t quite the loud canary in a coal mine, but it’s part of the canary chorus, announcing that that the ocean has changed, and ecosystems are degrading … declining in both robustness and ability for organisms to survive,” said Dr Brad de Young from the Memorial University of Newfoundland, Canada, who was not involved in the study.

“Ocean systems are being stressed out in many different ways – and like the background stress of Covid-19 on people, it makes everything else in life just that much more difficult,” he said.

When you add events such as sudden warming to overfishing, pollutants, changes in ocean acidity and oxygen levels – the abruptness of it can be devastating because fish are already metabolically and physiologically stressed, he suggested.

It is unlikely coral reef fish will swim to cooler water to escape, given their shallow habitat, he added. “There’s no food there, no grocery stores for them in deep water.”

A key question is whether the rapid warming weakened the fish immune system or provided an environment for the offending bacteria to proliferate.

“What you have here is one biotic (bacterial infection) and one abiotic (increase in temperature) challenge that occurred at the same time. It is possible that the infection lowered the thermal tolerance of the fish, and this resulted in the number of mortalities … but it certainly is very unlikely that it was temperature alone,” said Dr Kurt Gamperl from the Memorial University of Newfoundland, Canada, who was not involved in the study.

The authors did not make any direct connection between the mortality and the rapid warming, he cautioned. “The evidence is all circumstantial.”

From Covid-19 to climate: what’s next after the global oil and gas industry crash?