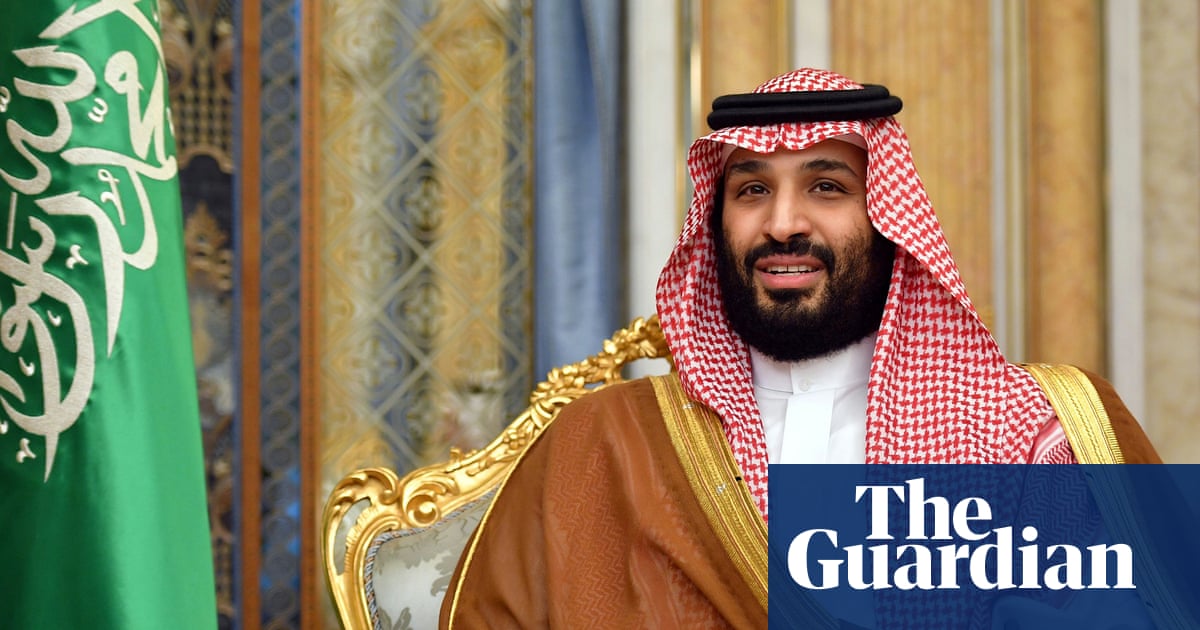 Saudi Arabia likely has enough mineable uranium ore reserves to pave the way for the domestic production of nuclear fuel, according to confidential documents seen by the Guardian.

Details of the stocks are contained in reports prepared for the kingdom by Chinese geologists, who have been scrambling to help Riyadh map its uranium reserves at breakneck speed as part of their nuclear energy cooperation agreement.

The disclosure will intensify concerns about Riyadh’s interest in an atomic weapons programme.

The survey report describes how geologists worked all year round despite blistering summer heat to identify reserves that could produce over 90,000 tonnes of uranium from three major deposits in the centre and northwest of the country.

These are “inferred deposits”, estimated from initial surveys. Further exploration would be needed to confirm uranium reserves and calculate the cost of extraction.

Saudi Arabia has been open about its ambition to extract uranium domestically, with a senior official describing it in 2017 as a step towards “self-sufficiency” in producing nuclear fuel for an energy programme.

The 2019 survey suggests that the reserves could potentially provide Saudi Arabia with both fuel for the reactors it wants to build, and surplus for export.

The Guardian could not independently verify the authenticity of the report, compiled by the Beijing Research Institute of Uranium Geology (BRIUG) and China National Nuclear Corporation (CNNC), working with the Saudi Geological Survey.

“If some of these became actually viable deposits – and there’s no way of knowing whether that’s possible or not – the actual amounts are probably going to be well in excess of what a power plant, or a few power plants would need,” said Prof Kip Jeffrey, head of Camborne school of mines at the University of Exeter.

If Saudi Arabia is able to mine sufficient uranium domestically, rather than relying on foreign providers, it could give the kingdom a boost toward creating its own weapons programme, experts say.

“If you are considering nuclear weapons development, the more indigenous your nuclear program is, the better. In some cases, foreign suppliers of uranium will require peaceful-use commitments from end users, so if your uranium is indigenous, you don’t have to be concerned about that constraint,” said Mark Hibbs, senior fellow in the nuclear policy program at the Carnegie Endowment for Peace.

Another expert, Bruce Riedel at the Brookings Institution, said the information showed that the Saudis were “aggressively pursuing the prerequisites” for either an energy or weapons programme and that securing a domestic source of uranium would boost their effort.

The kingdom’s nuclear ambitions have become a source of heightened concern in the US Congress and among allies, particularly since Crown Prince Mohammed bin Salman declared in 2018 that if regional rival Iran develops a nuclear bomb, “we will follow suit as soon as possible”.

The greatest international concern is over the kingdom’s lack of transparency. Under a 2005 agreement with the International Atomic Energy Agency (IAEA), Saudi Arabia avoided inspections through a small quantities protocol (SQP), which waives IAEA monitoring up to the point where fissile fuel is introduced into a reactor. The nuclear watchdog has been trying to convince the Saudi monarchy to now accept a full monitoring programme, but the Saudis have so far fended off that request.

“We are in conversation with them. They are interested in developing nuclear energy, for peaceful purposes of course,” IAEA chief Rafael Grossi said on Monday when asked about verification in Saudi Arabia.

The richest seam of reserves appear in maps to be at or very close to a site chosen for the planned new city of Neom, centrepiece of crown prince Mohammed bin Salman’s Vision 2030 project to wean the economy off oil.

China began prospecting work in 2017 across nine different areas identified as having prospective uranium deposits, and finished at the end of last year.

Beijing’’s interests are diplomatic and commercial. Helping Saudi Arabia with its nuclear programme strengthens ties with a key US ally, and China is always looking for fresh supplies of ore and buyers for its nuclear plants, said Hibbs.

The project report boasted of the extreme speed of the project, achieved in part by working through summer temperatures of over 50C (122F), leaving several on the team with heatstroke.

“According to international common practice, it takes five to eight years to discover and estimate inferred resources of a uranium-thorium deposit; this project only lasted two years,” the report said, referring to another radioactive element often found alongside uranium.

The exploration covered nine blocks over 30,000 square kilometres; there was often no road access to sites or network coverage.

“[Chinese] specialists stayed in the field for eight straight months with Saudi colleagues, working through weekends, holidays, and even spring festival break [the biggest holiday in the Chinese calendar].”

A string of other setbacks are detailed in the report. Near the border with Yemen, where a civil war is raging, armed men regularly disrupted drilling, and locals declared certain areas off limits to the exploration teams.

Flooding stranded vehicles and made drilling a challenge. In another area, soft terrain with complex strata – rock layers – meant that drilling was hard, holes often collapsed and work fell behind schedule.

The Geological Survey of Finland (GTK), internationally respected for their work in challenging terrain, supervised some of the exploration, bolstering the credibility of the findings.

Saudi authorities, CNNC, BRIUG and GTK did not respond to requests for comment.

The next step will likely be more intensive investigation in three areas identified as high priority, to confirm reserve levels, and the economics of extracting them. All sit inside an ancient geological formation called the Saudi Arabian shield, with rich reserves that match similar “shields” in Canada and Australia.

Analysts at the James Martin Center for Nonproliferation Studies (CNS) said there was no sign in satellite images that mining had yet begun in the areas identified as the most promising by the Chinese and Saudi scientists, but said that was unsurprising only a few months after the completion of the prospecting project.

“It’s obviously important to monitor those sites, as that would give us a clear indication that Saudi Arabia was moving forward with uranium mining,” said Ian Stewart, head of the CNS Washington office.

Recent US press reports, citing US officials, claimed that the Saudis have built a mill to process uranium ore into more refined “yellowcake”, the next step in the long cycle required to make fuel for reactors or for nuclear weapons, but Stewart said there was so far no evidence in the satellite imagery of such a facility.

“Given that the candidate sites are quite far from the location of the alleged uranium mill, we are forced to question reports that a mill exists at all,” he said. “We consider it unlikely that a mill would be built without a domestic source of ore. And we have to assume that the only sources of ore are the ones identified in these documents. If governments have evidence of a facility, they need to provide more details for us to conclude the reports are accurate.”

In a faxed response to questions from the Guardian, China’s ministry of foreign affairs said the country “actively promoted” the development of peaceful use of nuclear energy.