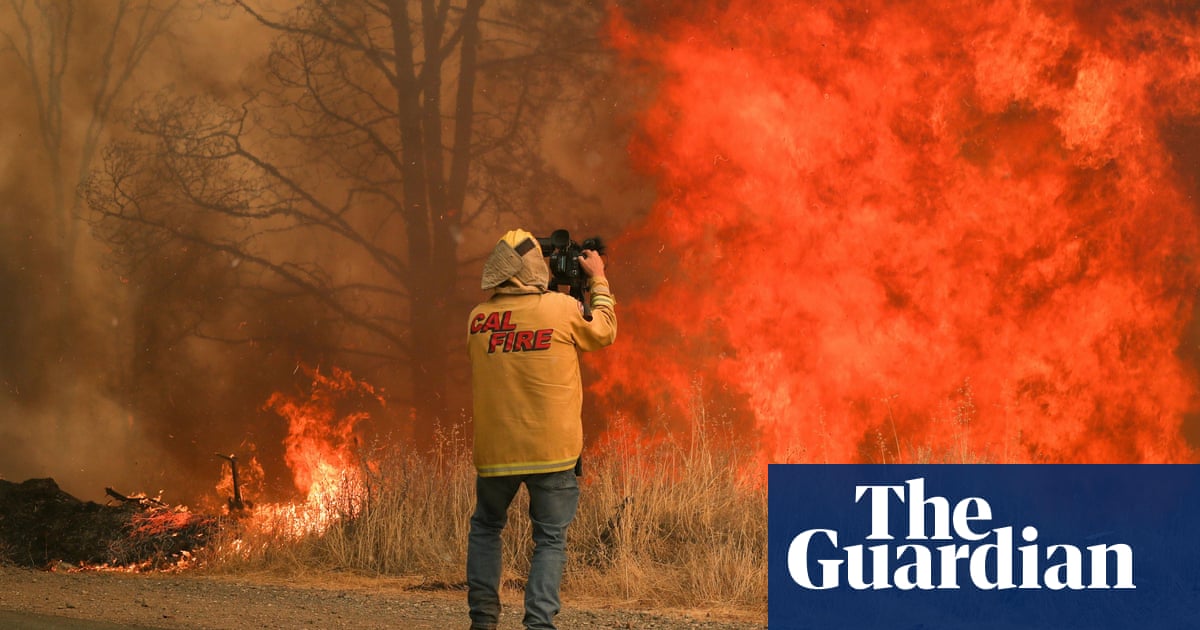 Most news coverage of the wildfires raging in California, Washington and Oregon on American TV channels made no mention of the connection between the historic fires and climate crisis, according to a new analysis from Media Matters

Reviewing coverage aired over the 5-8 September holiday weekend, the progressive media watchdog group found that only 15% of corporate TV news segments on the fires mentioned the climate crisis. A separate analysis found that during the entire month of August only 4% of broadcast news wildfire coverage mentioned climate crisis.

Wildfires are raging in states across the American west, burning record acreage in California, Washington and Oregon. The wave of fires was first sparked and stoked by a spate of unusual weather in August, including rare lightning storms that hit parts of California that were vulnerable to fire because drought and heat had dried out vegetation. The fires came before low-elevation, coastal parts of the state reached peak fire season in the autumn when fierce offshore winds have driven the biggest fires in recent years.

The fires that hit Oregon in recent days were stoked by dry conditions and rare easterly winds.

Although untangling the weather conditions from climate crisis is complicated, it’s clear that overall, in recent years “fire risk is increasing dramatically because of climate change”, said Chris Field, who directs the Stanford Woods Institute for the Environment. Global heating has given rise to drier, hotter conditions and more frequent, extreme droughts that have left the landscape tinder-dry and prone to explosive blazes.

Although California’s landscape has long been prone to fire, climate crisis has “put pressure on the entire system”, Field said, throwing it out of balance and giving rise to more extreme, catastrophic events. The current fires expanding with such explosive force have burned more acreage within a few weeks than what has burned in previous years.

A consensus of research has made clear that extreme heat and drought fueled by global heating has left the American west tinder-dry and especially vulnerable to runaway fires. A 2019 study found that from 1972 to 2018, California saw a five-fold increase in the areas that burned annually. Another study estimates that without human-caused climate crisis, the area that burned between 1984 and 2015 would have been half of what it actually was. And a research paper published last month suggests that the number of autumn days with “extreme fire weather” – when the risk of wildfires is extremely high – has more than doubled over the past two decades. “Our climate model analyses suggest that continued climate change will further amplify the number of days with extreme fire weather by the end of this century,” the researchers write, “though a pathway consistent with the UN Paris commitments would substantially curb that increase.”

Climate crisis is not the only factor driving the barrage of blazes across the region. Ironically, a century of suppressing fires – extinguishing the natural, necessary fires in western forests and other wildlands to protect homes and timber – has led to an accumulation of fire-fueling vegetation. “A deficit of fire, concatenated with the effects of climate change have led us here,” said Don Hankins, a fire ecologist at California State University, Chico.

Media Matters singled out two TV news journalists who are regularly talking about the role of climate crisis: the CBS meteorologist and climate specialist Jeff Berardelli and NBC’s Al Roker.

The Media Matters analysis also noted that so far, 2020 has been the third year in a row during which corporate broadcast TV news discussed the impacts of climate crisis in fewer than 5% of wildfire segments.

3 Questions: Areg Danagoulian on a new arms control tool and the future of nuclear security