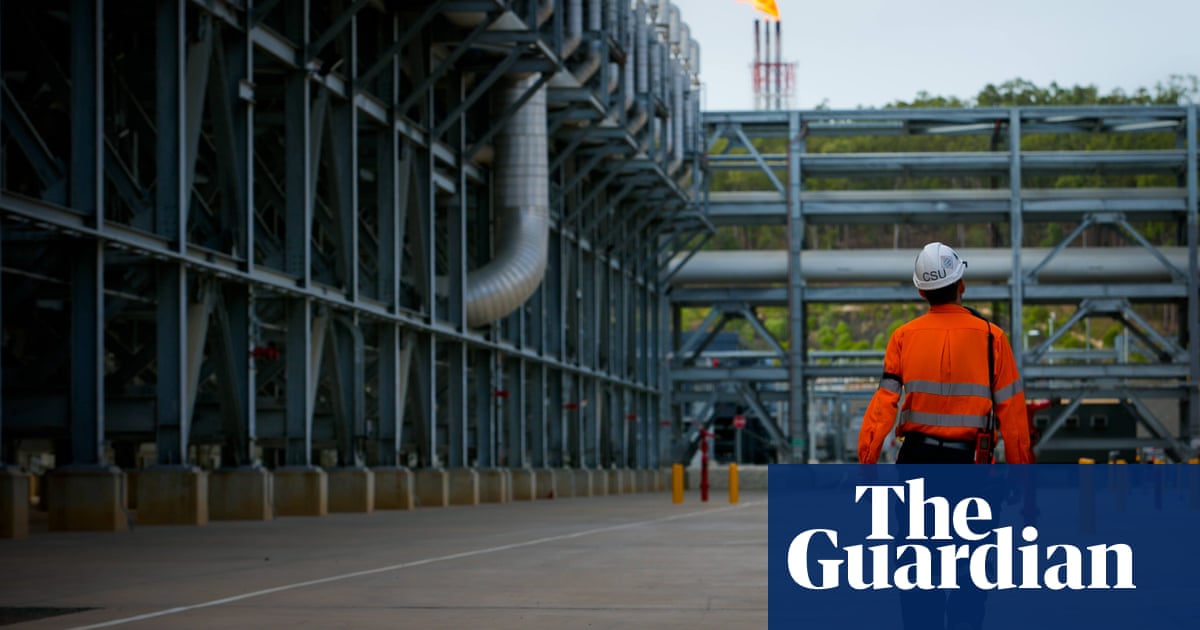 Australia’s untapped gas reservoirs could lead to three year’s worth of global greenhouse gas emissions if they were developed to their full extent, an analysis suggests.

With the Morrison government proposing what it has described as a “gas-led recovery”, a report by the thinktank the Australia Institute has estimated the emissions that would be released if the fossil fuel industry were significantly expanded.

Drawing on government data, it found there were 22 major gas production and export projects proposed across the country. There were also plans for unconventional gas production using fracking in the Canning basin in Western Australia and the Beetaloo basin in the Northern Territory.

Together, the report said, these proposals could lead to about half a billion tonnes of emissions, roughly what Australia releases each year.

The institute cited evidence from Geoscience Australia of two further categories of gas: “identified resources” of about 273,000 petajoules and “prospective and potentially recoverable” resources of between 500,000 and 2m petajoules. Australia now produces about 5,000 petajoules a year.

It concluded if all potential gas resources were tapped it could lead to emissions equivalent to three times current annual global emissions, or twice as much as the combined historic emissions of the major industrial emitters Chevron, Exxon, BHP and Rio Tinto.

The report was commissioned by the Australian Conservation Foundation. The ACF chief executive, Kelly O’Shanassy, said “unleashing the pollution from Australia’s full gas reserves would make it almost impossible for the world to meet Paris agreement goals”.

Nobody expects all the potential gas resources will be extracted, but the Australia Institute’s climate energy director, Richie Merzian, said the analysis illustrated what could be available to the industry if it were subsidised by taxpayers.

Merzian pointed to an estimate by the gas industry’s lobby group, the Australian Petroleum Production and Exploration Association, that suggested the country conservatively had more than 890,000 petajoules of gas, enough to power a city of 1 million people for 16,000 years.

Gas is often described as having about half the emissions of coal but studies have suggested this could be more due to leakage of methane, a particularly potent greenhouse gas. In addition to being burned to create electricity, gas is used as a feedstock in some manufacturing industries.

The Australian gas industry tripled in size over the past decade as the country became the world’s largest seller of liquefied natural gas. About three-quarters of the gas extracted is exported.

The LNG industry is responsible for more than 10% of the country’s annual emissions, not counting what is released when the gas is burned offshore. The rise of an east coast gas export industry roughly tripled the price of gas for local consumers and businesses.

The Australian Petroleum Production and Exploration Association and the government have argued that the Australian gas industry is good for the environment as it displaces coal in Asian countries and reduces global emissions. They have not produced evidence to support this claim. In at least some countries, notably Japan, gas has been forecast to compete with emissions-free nuclear and renewable energy.

An analysis suggested Australia’s greenhouse gas accounting has underestimated national emissions by up to 10%, largely due to a failure to properly recognise the impact of methane released during gas production.

The push for a gas expansion has broad business support, including from organisations that have argued Australia should set a target of net zero emissions by 2050.

The Business Council of Australia’s chief executive, Jennifer Westacott, this week called for the removal of moratoriums on gas exploration in some states. But she told the ABC the federal government should “be very careful” before spending taxpayer’s money on the industry.

O’Shanassy said the massive economic disruption of the Covid-19 pandemic would be dwarfed by the climate crisis “if our governments back dirty fossil fuels like gas over clean renewable energy and technology”.