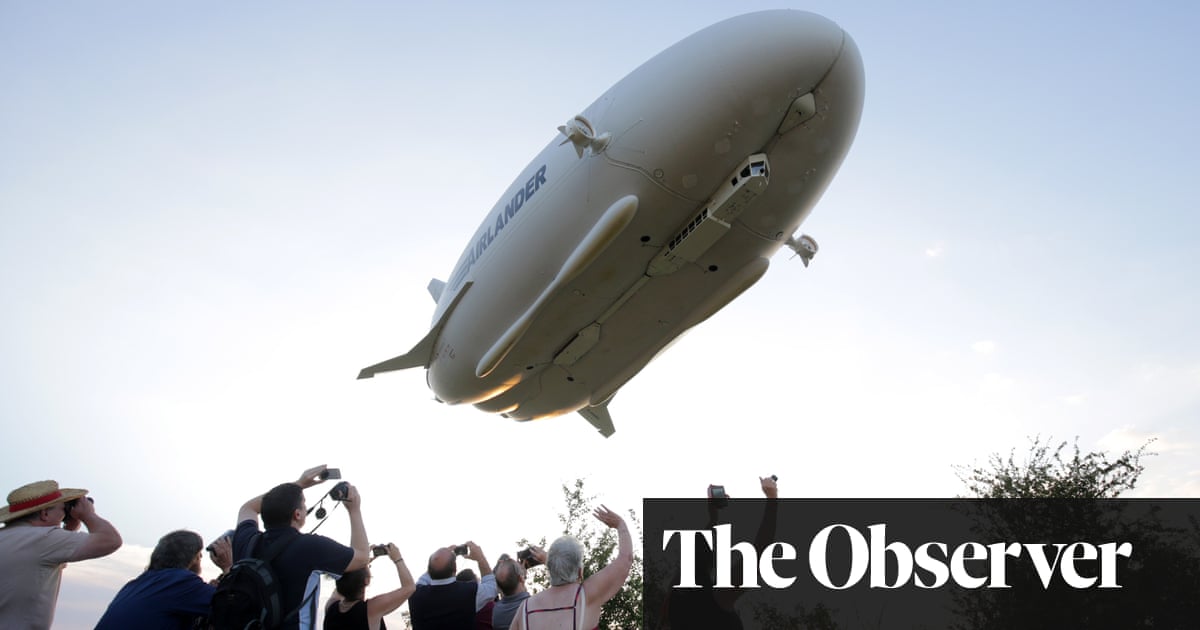 More than 80 years after the Hindenburg disaster, commercial airships could soon take to the skies again – carrying freight from Africa and as luxury transport for the super-rich on trips to the Arctic.

A small Bedford-based company has emerged as the front-runner in a race to bring environment-friendly versions of the zeppelin-type aircraft back to the skies. Hybrid Air Vehicles (HAV), which has in the past attracted funding from Peter Hambro, a founder of Russian gold miner Petropavlovsk, and Iron Maiden frontman Bruce Dickinson, has raised £1.6m – £630,000 more than it sought – in its latest crowdfunding campaign.

Tom Grundy, the company’s chief executive, said the Covid pandemic and the flygskam movement against air travel, could drive huge demand for the low-emissions craft. “The pandemic has changed almost every aspect of our lives,” he said. “But one thing is for sure – it has given us all a glimpse of a cleaner future. In just weeks carbon levels dropped significantly, partly driven by a massive reduction in air travel, but it’s a temporary change and only a fraction of what we must achieve to keep global warming within target levels.”

With unlimited access to isolated locations, airships safely and sustainably support a range of activities in areas with little or no infrastructure

Grundy claims that if all goes to plan, HAV’s airships will be by 2025 able to transport people faster and with lower emissions than road, rail or sea. The company estimates that its Airlander 10 craft will fly with up to 90% fewer emissions than traditional aircraft. A second-generation of the company’s airship, due before 2030, will be electric-powered and emissions-free, the company hopes.

The company says it has letters of intent for 15 commercial aircraft, and is “working to secure major defence contracts supporting both the UK and the US”. The craft was originally designed as a surveillance vehicle for intelligence missions in Afghanistan. HAV claims independent estimates put the value of the airship market at $50bn over the next 20 years. It aims to sell 265 of its Airlander craft over that period.

“HAV is the only company in the world to have flown a full-scale prototype hybrid aircraft,” it says in its fundraising prospectus. “Over the past 10-plus years, we’ve spent £116m developing Airlander. We’re now production-ready, with a clear path to certification.”

The £25m Airlander 10 prototype undertook six test flights, some of which ended badly. It crashed in 2016 on its second test flight, after a successful 30-minute maiden trip. HAV tweeted at the time: “Airlander sustained damage on landing during today’s flight. No damage was sustained mid-air or as a result of a telegraph pole as reported.”

The aircraft, which can take off and land from almost any flat surface, reached heights of 7,000ft and speeds of up to 50 knots during its final tests. The company has had UK government backing and grants from the European Union.

In the US, Skunk Works, the innovation arm of defence giant Lockheed Martin, is designing airships to carry medical supplies to remote locations. “Burning less than a tenth the fuel of a helicopter per tonne, the Hybrid Airship will redefine sustainability,” Lockheed Martin says. “With unlimited access to isolated locations around the globe, hybrid airships safely and sustainably support a wide range of activities in areas with little to no infrastructure. The airship offers the simplicity of a pickup truck by carrying cargo loads and personnel in and out of remote areas daily.”

HAV says its aircraft could be used to transport up to 90 people or 10 tonnes of cargo, and could fly for days at a time. It intends to tap the luxury travel market, offering the atmosphere of a five-star hotel in the skies. It has teamed up with Swedish firm OceanSky Cruises to promote future “experiential travel” over the North Pole with Arctic explorer Robert Swan.

“The expedition will show that travel and transport by air can be sustainable. Lighter-than-air technology can supply humanity with ultra-efficient means of mobility, and operate in areas without infrastructure and civilisation,” the company says in its adverts.

OceanSky said it would offer 10 luxury en suite bedrooms, “horizon-to-horizon views from the aircraft’s Infinity Lounge” and an “Altitude Bar” serving drinks with “the ultimate view”.