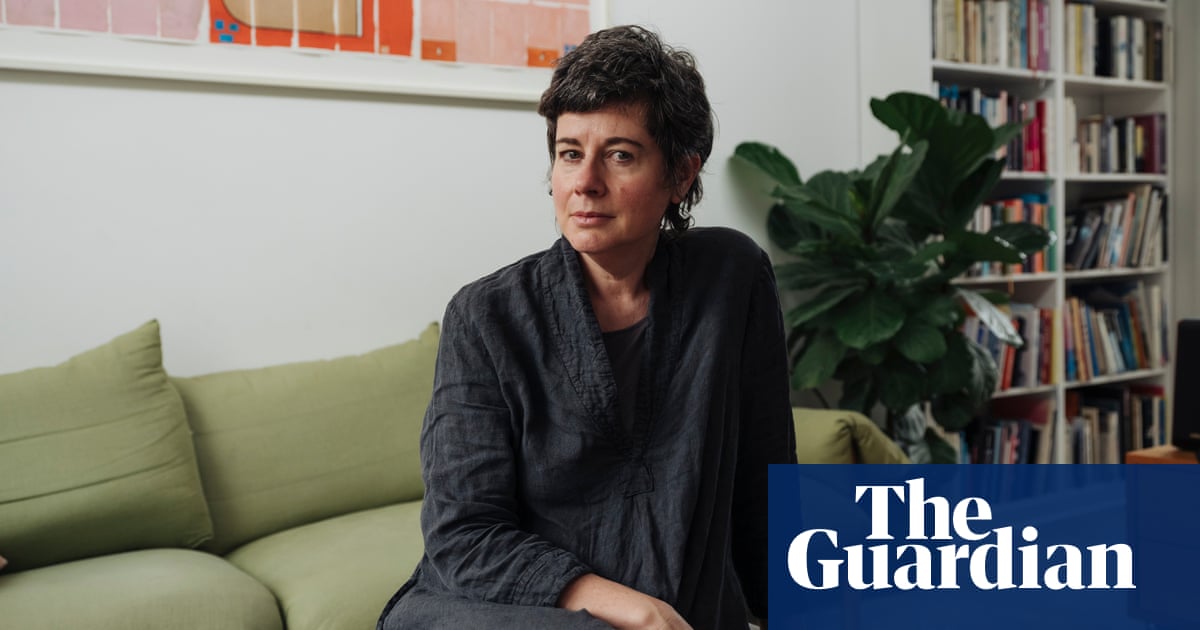 One hundred and fifty years ago Ludwig Becker, a member of the Burke and Wills expedition, did a sketch of the Menindee pub, which sits between the Darling River and Menindee Lakes. At that time Menindee wasn’t considered big enough to be called a town but these days it needs a school for more than 100 pupils. Three-quarters of these children are descendants of the Barkindji and Nyampa people, who have lived, hunted and passed down their oral histories on the banks of the Darling for more than 40,000 years.

When Burke was camped at Menindee he met William Wright, a local station manager. Wright was charged with leading a small group to transport supplies to the camp at Cooper Creek. His contingent was joined by Becker. En route to Cooper Creek, Wright’s group pitched tents by the Koorliatto waterhole on the Bulloo River. They were visited by Mr Shirt, a Bandjigali or Karenggapa Murri man whose portrait was also painted for posterity by Becker. Mr Shirt, a “born diplomat”, tried to explain the problem the explorers were causing: “The area belonged to his tribe. Soon they were coming here to celebrate a feast … neighbouring tribes were already coming to drive us away.” Not long after that conversation Wright shot Mr Shirt.

The theft of water in the Murray-Darling basin has a long history and it began when Burke and Wills walked from Royal Park to Moonee Ponds, another 750km to Menindee, then north again, with little clue as to what they were doing. Seven white men died on the expedition (including Becker), along with Mr Shirt. Twelve Ngawun men were killed by Frederick Walker, a notorious former Native Police officer who led one of the expeditions that searched for the remains of the Burke and Wills party in 1861.

The expedition was the first in Australia to use camels to carry supplies. The descendants of some of these camels still live in the outback. The problem is this: a herd of thirsty camels can drink a waterhole dry quickly. When these early explorers arrived they took precious resources – water, fish – from the nations whose land they were on. While welcomed for short stays, they were considered a pest when they set up camp for long stints. After the European occupation, the nations living through the Murray-Darling basin were steadily dispossessed as the land and waters were exploited for agriculture.

Fast forward to February 2020. Torrential rain fell along the east coast of Australia – more than 350mm in some places, delivering the highest February daily rainfall on record. On 10 February the NSW Rural Fire Service tweeted: “This is the most positive news we’ve had in some time. The recent rainfall has assisted firefighters to put over 30 fires out since Friday. Some of these blazes have been burning for weeks and even months.”

Floods are destructive but they used to mean good things as well. They gave life to river systems and wetlands, they flushed out sediments and salt. Rivers met each other in a rush and their mouths opened to the sea. But, as droughts grow longer, black water becomes more deadly. As temperatures rise, the air holds more moisture, which increases the likelihood of intense rainstorms. When heavy rain falls on to eroded and parched soil it doesn’t seep into the ground so much as skid and skim over the top of it.

Insurance claims were filed from south-east Queensland down the New South Wales coastline. Damage claims were also reported several hundred kilometres inland. Floods are estimated to be the most costly natural disaster in Australia, and the Insurance Council of Australia immediately declared February’s floods a catastrophe, the sixth they’d declared in a five-month period. The time we are living through has been described as an era of disasters, a time “when emergency services will likely be stretched, community resilience undermined, and economic costs and loss of life increased”.

It can take a while for flood water to reach water catchments but, by mid-March, waters were expected in Menindee for the first time in three years. This was cause for celebration. Menindee had been in survival mode for months, if not years. Several hundred Murray cod and golden perch were swimming around in an aerated weir pool in the hope that they too, could survive the drying of the Darling River and Menindee Lakes. A Menindee man, Graeme McCrabb, was one of a number of locals who had rescued fish throughout 2019. This meant that 12 March 2020 felt like a good day, for a change. McCrabb – indeed the entire town – was relieved by the arrival of the water, and the life that swam and flew along with it. This water signified the possibility that the Murray-Darling river system might become connected from end to end after many years of being strangled. And indeed, the rivers did join, and they did meet the sea. Just.

But welcome as the water was there were also concerns. During droughts, organic matter like leaves builds up on floodplains and the banks of rivers. When substantial rain finally occurs and water flows over river banks on to the floodplain, it collects this debris and dumps it in the river, causing oxygen levels in the water to drop significantly. This kind of flooding is described as “black water”. It can cause fish to die, a particularly unwelcome possibility given that up to 1 million fish had already died along a 40km stretch of the Darling River in far west NSW during the previous summer.

WaterNSW forecast that up to 285 gigalitres might reach Menindee after February’s rain but it takes 1,700 gigalitres to fill Menindee’s waterways. A look at historical data from Wilcannia River, the stretch that leads into Menindee Lakes, tells you that the highest volume of water to flow into Menindee in a single day was 68,415 megalitres. That was in 1976, just a few years after records began. The strongest flow in 2020 occurred on 19 March, the day before the waters reached Menindee, and was a mere 13,080 megalitres. Not enough to compensate for the fact that the previous year had been the worst on record. Not enough to compensate McCrabb and the many others who’d stood above Menindee’s Weir 32, watching in horror as tens of thousands of golden perch flapped and strained and “tens of thousands of little bony bream” lay dead.

At the time, those (multiple) fish kills were described by the NSW government as “distressing” and unavoidable. “We cannot control the weather,” said the premier, Gladys Berejiklian.

They were avoidable. And, while we may not be in control of it, the weather is on us as well.

The Murray-Darling basin covers nearly a seventh of the Australian continent and touches on the traditional land and waters of 34 Indigenous nations. In 2015 the federal court recognised the rights of the Barkindji peoples to 128,000 sq km of land, which included both sides of almost the entire length of the Darling River. At the time of the fish kills, the Barkindji elder William Badger Bates remembered that one of the arguments used to harvest water from the Menindee Lakes was that if it were left, the water would simply evaporate. He called bullshit. “Don’t anyone try to tell me or my people or the rest of the people that these lakes evaporate … we have known them for thousands of years before,” Bates said.

What is true is that the lakes are in a semi-arid area, they are shallow and have a large surface area. In most years the equivalent of one Sydney Harbour of water turns to vapour there. But there are many ways for water to evaporate. These include irrigation, fraudulent transactions and water theft: legal and illegal. The entire basin has been starved of water and suffocated by a system of bureaucracy that is confusing to the point of being impenetrable, and, as a consequence, easy to corrupt. To quote the journalist Margaret Simons: “It’s impossible for ordinary citizens to find out who owns water, or who has made a trade.”

After the fish kills, there were various emergency summits. “No one expects the river to run every year,” said Prof Craig Moritz, who chaired an Australian Academy of Science panel, “but they have cut the water so hard, the river is dying.” Bates would have agreed with this assessment, but, despite being a traditional owner, he only found out about these summits after they’d been held. After this “oversight”, an amendment to the Water Act was finally passed in October 2019 that established a position for an Indigenous person on the Murray-Darling Basin Authority board.

The Murray-Darling basin plan sets limits on how much water can be taken from the basin for irrigation, drinking water, industry or for other purposes. But, as Prof Jamie Pittock of the Australian National University’s Fenner School argues:, “The basin plan was written for a static environment and is not adapting to climate or other changes.” Pittock and others have also pointed out that some irrigators are more successful at exploiting the cap system, which has been described as many things, perhaps most evocatively as “leaky”.

Pittock describes Menindee as the standout example of mismanagement in the entire Murray-Darling area. Its inadequacy in the face of a rapidly changing, increasingly challenging environment keeps him awake at night. “Our government fails to recognise, monitor and manage these risks,” he told me. “By the late 1990s water storages were in operation that could hold around three times the river system’s average natural flow to the sea and the diversion of water for irrigation resulted in severe environmental impacts.”

He isn’t the only one losing sleep – most people who are living in the Murray-Darling Basin are enduring a nightmare. Since the late 1990s there has been a decline in rainfall of about 11% over the cooler months in the south-east of Australia, and projections make clear that this decline will continue. At the same time as climate change has begun delivering increasingly heavy blows, thirsty crops are the equivalent of Burke and Wills’s camels, guzzling a limited water supply.

Scientists who work in the Murray-Darling basin have resorted to medical metaphors to describe what has been happening to this ecosystem. A wetland scientist, Richard Kingsford, likened the Macquarie marshes to “a very ill patient who has been given just enough care to get out of the ICU”.

People of the Barkindji nation are blunter still. At the time of the fish kills, Lilliana Bennett recalled her grandmother talking about going down the riverbank to fish and hunt for goanna. The Darling River was an important place for her family.

“It’s a place they go to relax, to tell stories,” she told SBS News. “For me, it’s been really devastating, I mean, we went down and camped by the river where there’s still a bit of water around and it just doesn’t have the same feeling. It’s dead water.”

• This essay will be part of the anthology Fire, Flood and Plague, edited by Sophie Cunningham and published by Penguin Random House in December

Teens’ social media use does not raise risk for depression, study finds