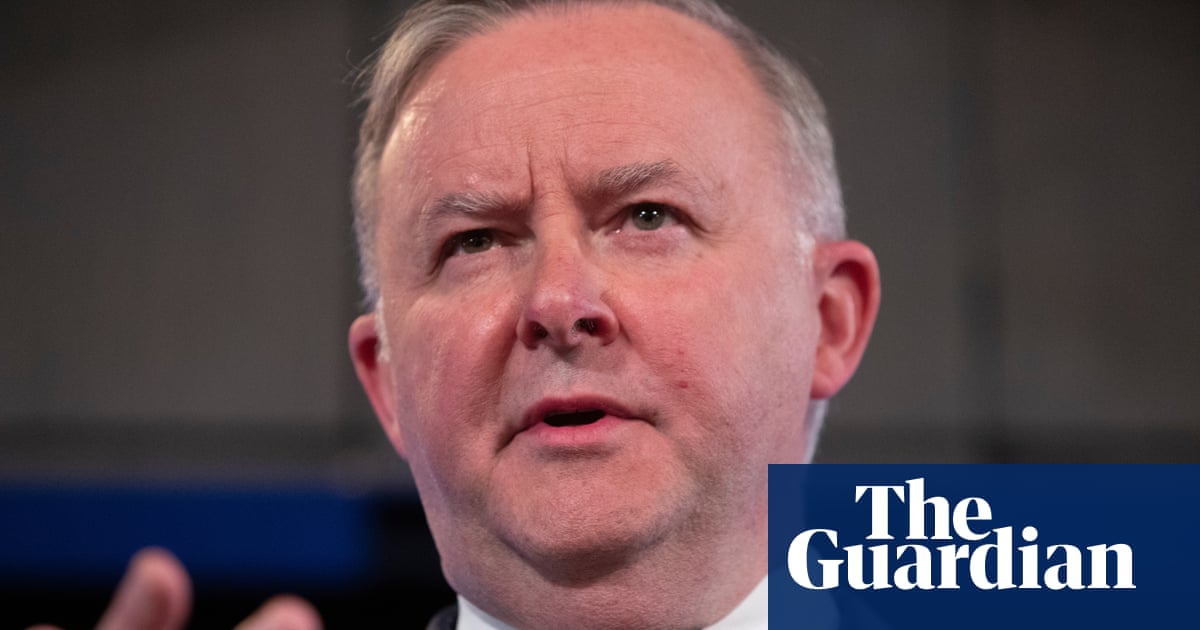 The federal Labor leader, Anthony Albanese, says the resources sector has been the backbone of the Australian economy for decades, but the nation’s “long-term future lies in renewable energy sources”.

Stepping around tensions within his own ranks, Albanese will use a speech on Wednesday about regional development to note that resources exports will “continue to meet the demands of the rapidly growing nations of our region” even as the world transitions to a lower-carbon future.

But the opposition leader says in the speech the task of the coming decades is to “position our nation to be a major player in the clean energy industries that continue to grow in importance over time”.

The Labor leader says if the policy settings are right “we can transform our nation into a renewable energy superpower”.

He says resources of lithium and other rare earths offer huge potential in a world that will become increasingly focused on the need for batteries to store energy. Albanese also identifies opportunities for regional development in bio-energy, including bio-mass generation and waste-to-energy.

In a speech to be delivered in the New South Wales coastal town of Coffs Harbour, Albanese will cite a report this week from the state’s chief scientist and engineer that envisages 17,000 jobs and $26bn would be added to annual growth from a domestic hydrogen industry.

The Labor leader will note that report was endorsed by the state’s environment minister, Matt Kean, but “the Morrison government appears to be blind to such opportunities”.

While the state’s Liberal premier, Gladys Berejiklian, has said recently it would not take much to reach net zero greenhouse gas emissions by 2050 and that it would be “the stuff of dreams” for an Australian Coalition government to legislate that target, the Morrison government has resisted calls to adopt the mid-century target.

While Labor has adopted an emissions reduction target of net zero by 2050, the shadow resources spokesman, Joel Fitzgibbon, who suffered a significant swing against him in his coalmining seat in the Hunter Valley in the 2019 election, has argued the opposition should lower the level of ambition for the 2030 target.

Fitzgibbon, the veteran NSW rightwinger, has argued Labor should adopt the same target as the Coalition for 2030. The Morrison government’s 2030 target is a 26%-28% reduction on 2005 levels by 2030. Labor at the last election proposed an emissions reduction target of 45%.

That position has been rebuffed by the shadow climate change minister, Mark Butler, who says the Coalition’s 2030 target is inconsistent with Australia’s obligations under the Paris agreement.

Fitzgibbon – who says Labor will not win the next election if it can’t reconnect with blue-collar workers in the regions – has recently suggested the ALP could split if it fails to reconcile its progressive and blue-collar constituencies.

Albanese’s speech on Wednesday lays out his thoughts on development opportunities for regional Australia. He insists the transition to renewable energy will create jobs in the regions.

He will argue the National party’s resistance to the energy transition is leaving them out of step with the communities they represent.

“The Nationals, who say they represent farmers, are now at odds with the National Farmers’ Federation, which recently embraced the target of net zero carbon emissions by 2050,” the Labor leader says.

He says regional Australia and the investment sector are “moving beyond this do-nothing government”.

Albanese says only Labor can tackle energy policy “in a way that recognises the value of the current resources market while seeking out the massive opportunities in renewables”.

“The right plans will create hundreds of thousands of jobs in new industries, including in regional Australia whilst also reducing power prices”.

If democracy looks doomed, Extinction Rebellion may have an answer