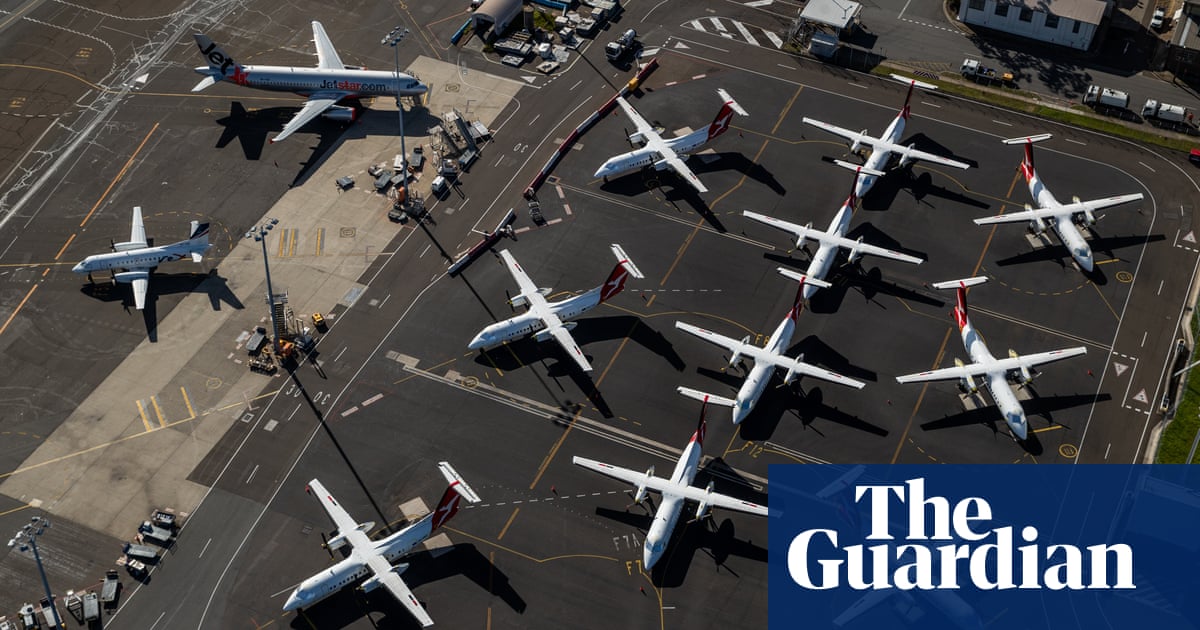 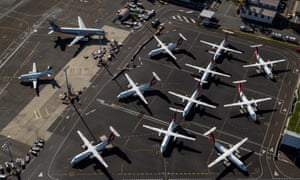 Coronavirus restrictions have caused Australia’s greenhouse gas emissions to fall to their lowest level in more than two decades, including a 79% reduction in emissions caused by jet fuel. Photograph: Cameron Spencer/Getty Images

Coronavirus restrictions have caused Australia’s greenhouse gas emissions to fall to their lowest level since 1998, the latest official data suggests.

National emissions in the June quarter 2020 were estimated to be 8% – or about 10m tonnes of carbon dioxide – lower than a year earlier.

The energy and emissions reduction minister, Angus Taylor, said the reductions in preliminary data to June had been caused by “unsustainable restrictions on Australians’ livelihoods and freedom to travel”, including a 79% reduction in emissions caused by jet fuel.

Emissions from petrol were also down 26% in June, compared to the previous year.

“With the impacts of Covid-19 restrictions being felt across the economy, emissions have reduced as expected,” Taylor said.

The figures, released by the Department of Industry, Science, Energy and Resources, give preliminary results to the end of June and official data to March.

Emissions data to March 2020, which largely accounts for the period before the coronavirus pandemic and associated restrictions, showed a 1.4% reduction to national emissions – a total reduction of 7.7m tonnes.

Taylor said the amount was 14.3% below the 2005 levels used as a baseline to calculate Paris emissions reductions targets.

Taylor’s statement said emissions from electricity generation were in “long-term structural decline” and reduced by another 4.2% in the year to March 2020. Reflecting the lingering impact of the drought, agricultural emissions were also down 5.5% in the quarter.

However emissions from exports continued to increase (up 1.9%), mainly fuelled by an 11% increase to LNG exports.

A recent analysis found that Australia’s greenhouse gas accounting underestimates national emissions by about 10%, largely due to a failure to properly recognise the impact of methane released during gas production.

It found that if the methane emitted in Australia was measured according to the latest science it would increase annual emissions by more than 50m tonnes a year, the equivalent of Sweden’s total carbon pollution.

The Morrison government has been championing a gas-led recovery from the Covid-19 pandemic. But last week, leading scientists released a letter to the chief scientist, Alan Finkel, warning his advocacy for increased use of gas-fired electricity was at odds with the Paris agreement and not consistent with a plan to secure a safe climate.

Taylor said that when the national emissions were adjusted to remove emissions generated by exports, the reduction on 2005 levels was 32%. The statement said this “reflects the continuing decarbonisation of Australia’s domestic economy”.

The minister also repeated his claim – regularly accompanying the release of emissions data – that Australia’s LNG emissions have the potential to cut global emissions in importing countries by up to 169m tonnes a year.

As the Guardian has reported, this figure is based on a back-of-envelope calculation and not an analysis of whether gas is being used to replace coal.

Forest emissions: A chiral surprise in the rainforest