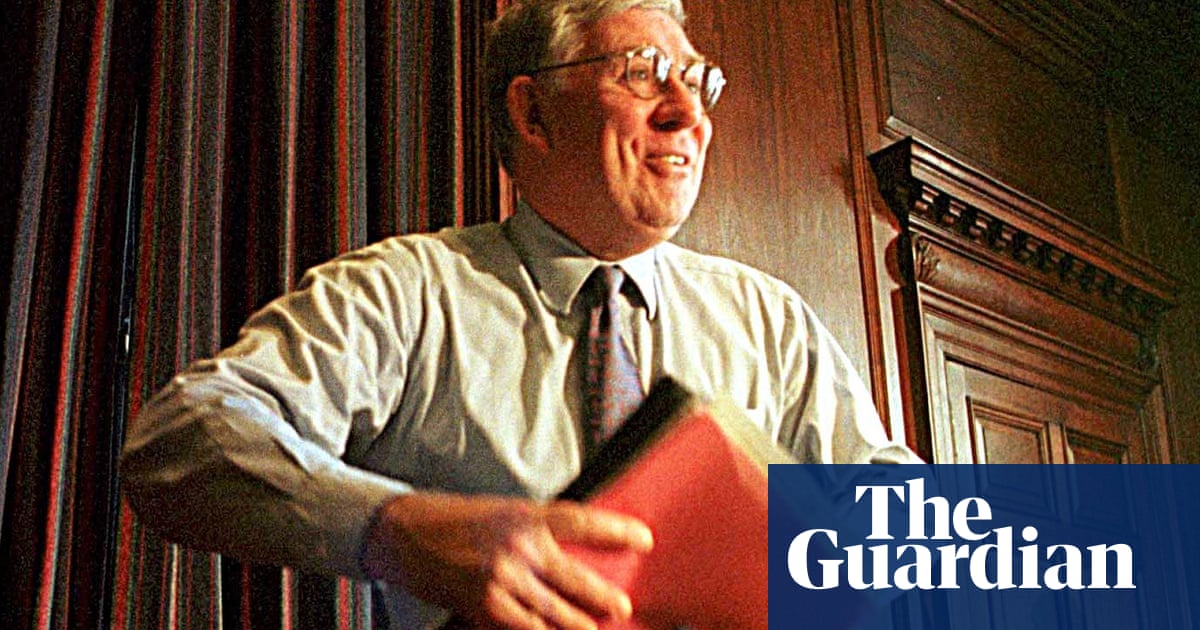 Martin O’Neill, latterly Lord O’Neill of Clackmannan, was an able Labour politician who as shadow defence secretary in the late 1980s played a crucial role in moving the party away from the policy of unilateral nuclear disarmament under Neil Kinnock.

A well-liked figure across all sections of the party, O’Neill, who has died aged 75, was appointed as deputy spokesman on defence by Kinnock in 1984 as the policy transition began to evolve, though Labour still went into the election three years later on a unilateralist platform.

In June 1988, however, the delicate balancing act fell apart. O’Neill’s boss as shadow defence secretary, Denzil Davies, made a 2am phone call to Chris Moncrieff of the Press Association to advise him that he was resigning from the front bench because of disagreements with Kinnock’s leadership style, particularly on defence.

Later the same day, O’Neill was appointed to the role with the clear mandate of leading a shift in policy and facing down the critics. It was a challenging task that he carried out with the firm but good-natured demeanour of a pragmatist rather than ideologue.

Kinnock recalled: “He was always calm, always self-assured but modest. It was a great mixture when all of a sudden he became shadow defence secretary in very difficult circumstances.” In 1990, the Labour party conference voted to ditch the policy of unilateral nuclear disarmament.

In achieving this outcome, Kinnock and O’Neill were aided by changing global conditions, with the perceived threat of Soviet attack greatly diminished after the emergence of Mikhail Gorbachev and perestroika. However, resistance to change on Labour’s left remained strong and O’Neill’s powers of patient persuasion were required to build the necessary votes, particularly among the trade unions.

O’Neill was from the mainstream left of the party and held to the straightforward view that an unelectable Labour party was of little use to anyone, including his constituents in the old industrial towns and villages of Clackmannan and East Stirlingshire that he represented, with some boundary variations and name changes (Clackmannan in 1983; Ochil in 1997) for 26 years from 1979.

If Labour had won in 1992, he would certainly have achieved cabinet rank. As it was, he was given the shadow energy role and again found himself facing the “anti-nuclear” lobby in a different form.

O’Neill favoured a balanced energy policy that included nuclear power – he later became president of the Nuclear Industry Association – but this had become unfashionable in Labour circles and he was dropped by Tony Blair in 1995 after 15 years on the opposition frontbench, where he had started as Scottish affairs spokesman (1980-84).

Thus O’Neill belonged to a generation of Labour MPs who had done the heavy lifting of opposition through the Thatcher-Major years but whose moment had passed, in terms of ministerial office, by the time New Labour emerged. By background, O’Neill was closer to Gordon Brown than to Blair, but he was no factionalist and electable Labour owed him a great deal.

On leaving the front bench, he became chair of the trade and industry select committee (1995-2005) and made a great success of that role. Well respected across party lines and not afraid to inconvenience the Labour government, he retained the position until retiring from the Commons in 2005 and being made a life peer. In particular, he was regarded as an ally by British manufacturing industry, a loyalty he maintained through his work in the Lords.

Born in Edinburgh, Martin was the son of Minnie, a clerk, and John O’Neill, an engineer with Ferranti and a trade union activist. After attending Trinity academy, Martin worked for Scottish Widows as an insurance clerk while studying in the evenings for an economics degree at Heriot-Watt University, graduating in 1967.

He then took on the role of assistant examiner with the Estate Duty Office of Scotland before taking a teaching qualification at Moray House College and teaching at high schools in Edinburgh – Boroughmuir (1974-77) and Craigmount (1977-79) – latterly doubling as an Open University tutor.

O’Neill cut his political teeth as part of a young and talented Labour team in Edinburgh, which included future parliamentary colleagues Robin Cook and George Foulkes and was successfully challenging traditional Tory domination on the city council. He was secretary of the Edinburgh Labour party throughout the early 70s.

His first parliamentary foray came in October 1974 in the Tory stronghold of Edinburgh North. He was then a late selection to contest Clackmannan and East Stirlingshire in 1979 – the original nominee, Eric Clarke, having been appointed general secretary of the Scottish NUM.

The incumbent was the high-profile Scottish Nationalist, George Reid, but in Labour’s Scottish landslide of that year O’Neill emerged with a majority of 984 that soared thereafter, reflecting his reputation as a diligent MP who fought hard for the communities and industries he represented.

His passions outside politics and family were jazz, cinema and Hibernian FC, of which he was for a time a director.

In 1973 O’Neill married Elaine Samuel, a teacher. She survives him along with two sons, Michael and Peter.