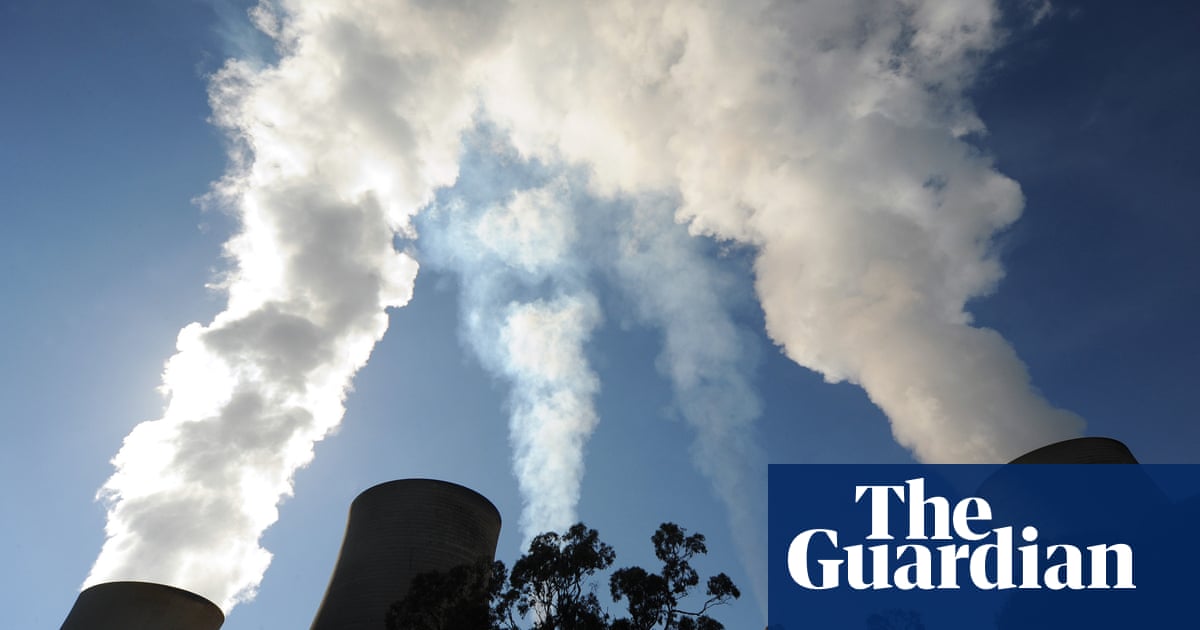 Only 1.2% of the greenhouse gas emissions released by Australia’s top 65 emitting companies had to be offset under federal and state laws last financial year, an analysis has found.

The analysis by Footprint, a sustainability news site, examined both regulatory constraints imposed on businesses with emissions greater than 1m tonnes and any voluntary offsetting commitments they made.

Combined, the 65 businesses emitted 352.7m tonnes – about two-thirds of Australia’s total greenhouse output. The analysis examined operational emissions only, and did not consider “scope 3” emissions that result from the products the businesses sell.

Energy giant AGL was the biggest emitter, releasing more than 40m tonnes. The smallest on the list was the corporate group that owns rail freight business Pacific National, which emitted slightly more than 1m tonnes.

The federal government’s safeguard mechanism policy was promised to limit emissions from major industrial facilities, in part by requiring them to offset carbon dioxide above a baseline. States and territories can also require companies to offset emissions through environmental approvals and licences.

However, the analysis shows that both levels of governments have opted not to exercise these legislative powers. No state or territory government has imposed a carbon offset condition for more than a decade and there are only two state-imposed legacy offset conditions in place.

Both were enforced by the Western Australian government – one on Chevron’s Gorgon liquefied natural gas project, the other on Woodside’s Pluto LNG development. Between them they require less than 4.5m tonnes of greenhouse gas to be offset.

That equates to about 1.2% of total emissions from the 65 businesses that had to be offset.

At the federal level, the safeguard mechanism is explicitly designed to constrain only “rogue emitters”, so the 65 do not have to offset in the overwhelming majority of cases.

Five businesses had to surrender a total of 27,357 carbon credits last financial year to stay below their emissions limit, or baseline. It covered less than .0008% of the emissions released by the 65 entities.

Nearly a third of the companies examined – 22 – had set voluntary targets that they would reduce their emissions in line with the headline temperature goals of the Paris agreement or expressed some kind of aspiration to reach net-zero emission. This group included several large corporate players: AGL, Origin Energy, Anglo American, BHP, Qantas, Fortescue and Telstra.

Another 17 were found to have voluntary targets that were outdated, not based on what climate scientists say is necessary, including a net-zero aspiration. These included EnergyAustralia, Chevron, Alcoa, Santos, ConocoPhillips, Exxon, South32, Adelaide Brighton, Orica, Incitec Pivot, Boral and Newcrest. Two of these, Energy Australia and South32, say they intend to set goals that align with the Paris agreement.

The remaining 25 had no emissions reduction target. They include Delta Electricity, LNG company Inpex, Peabody, Whitehaven, APA Group, Viva Energy, Coles Group and the owner of the Loy Yang B coal-fired power station. Coles says it plans to change this and set a target.

The analysis also found that 25 of the businesses had not committed to adopting the globally recognised recommendations on climate-related financial disclosure, which set out what businesses should reveal to investors and shareholders about their exposure to climate risk.

Those who had not committed to the disclosure standards include Alcoa, Delta, Peabody, Yancoal, Pratt Holdings, CITIC Pacific and several government-owned energy businesses, including Queensland’s Stanwell and CS Energy.

Young children would rather explore than get rewards: Study finds their exploration is not random

UK weather: a month’s rain could fall in two hours as heatwave breaks