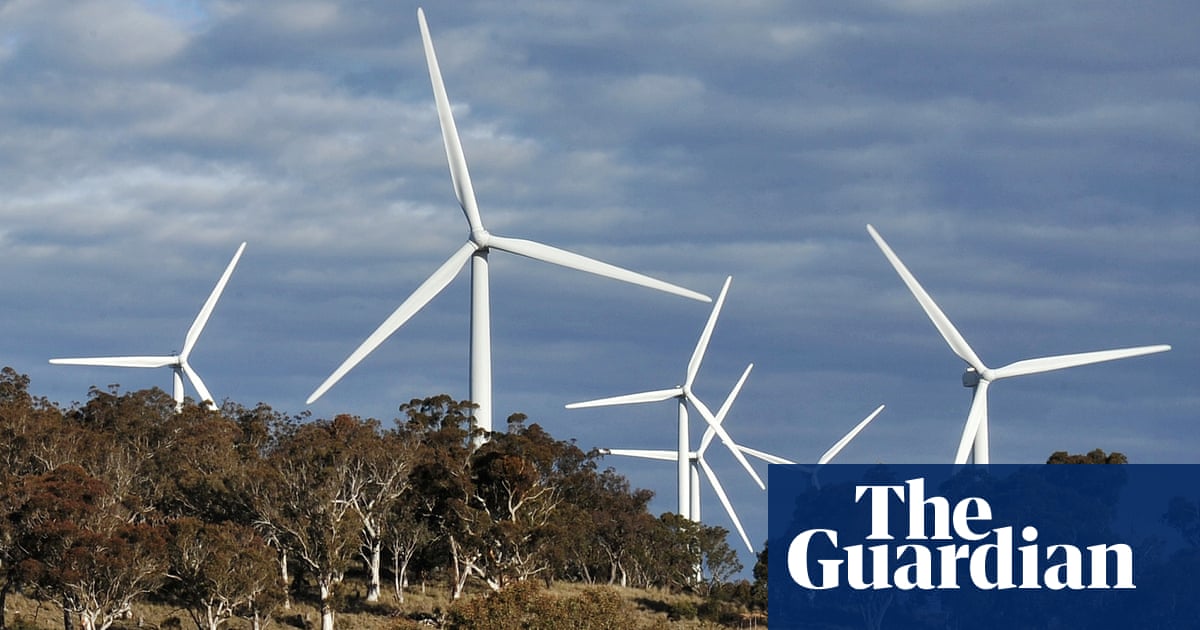 The Morrison government should spend $3.3bn over 10 years on renewable energy and $500m over two years on capital grants to improve energy efficiency and management, according to the Australian Industry Group.

The peak employer body made the calls in its pre-budget submission, released on Monday, which also proposes it bring forward income tax cuts, cut business tax, extend the coronavirus supplement on jobseeker and make a further round of $750 payments to households.

Ai Group warned that Australia was facing a “substantial and costly increase in climate-related impacts and risks” even under the “best possible scenario for global mitigation”.

The submission follows a statement from 10 business, industry, farming and environmental leaders warning Australia is “woefully unprepared” for the impact of climate change over the coming decades.

Ai Group suggested national cabinet take a role coordinating climate policies to ensure the most effective response and “build a new energy advantage for Australia in a net-zero emissions world”.

AiGroup called for an improvement in energy efficiency through spending on public housing, private housing, commercial building and manufacturing upgrades.

It called for “at least” $3.3bn over 10 years for the Australian Renewable Energy Agency and for “additional funding” for the Clean Energy Finance Corporation.

“The Australian government should allocate $500m over two years for capital grants to rapidly scale up the penetration of existing technologies that are uncommon in the Australian market,” it said.

The Green Recovery: how Australia can ditch coal (without ditching jobs) – video

Those include electrification of processes, heat pumps, electric induction furnaces, and energy management systems such as technology that enables demand response.

The federal budget to be delivered by the treasurer, Josh Frydenberg, in October comes in the midst of the Covid-19 recession, the first in 30 years and the worst since the Great Depression.

The budget is expected to show a deterioration from the deficit of $184.5bn projected in July, due to the second wave of coronavirus cases in Victoria and extended stage-four lockdown in Melbourne.

The budget will also set out job creation initiatives on top of the $314bn of direct stimulus or increased lending from the federal government and Reserve Bank.

Frydenberg has confirmed the government is considering the timing of the second and third stage of income tax cuts, due to start in 2022 and 2024.

AiGroup said the 25% company tax rate due to take effect for small businesses with less than $50m turnover should be extended to all companies earning less than $1bn.

The move would be a massive expansion of company tax cuts passed in the 45th parliament only after big businesses were excluded.

Ai Group called for a range of measures to boost employment including “broad wage support” for businesses to hire new apprentices, trainees, cadets and interns and more funding for vocational education and training.

Ai Group supported the “dual rate of jobkeeper” lowering payments for those working part-time hours. But it proposed that the coronavirus supplement, set to be cut from $550 a fortnight to $250 from September to December, should be extended in line with jobkeeper until the end of March.

The chief executive of AiGroup, Innes Willox, said: “For the near term, measures are clearly required to assist and secure the recovery of activity, investment and employment in the wake of the Covid-19 crisis.

“The budget also presents an opportunity to act on measures that will rectify the underlying weaknesses in the economy that were evident prior to the onset of the Covid-19 crisis.”

Leading into the budget, the Australian Council of Trade Unions has campaigned on a platform sharing some elements with employers including wage subsidies for apprentices, support for the tourism and hospitality sector and renewable energy to support manufacturing.

Unlike big business, the ACTU has also called for an extension of free childcare and increased federal government spending on public housing.