Urannah scheme: how money for a Queensland dam project flowed to LNP-linked firm 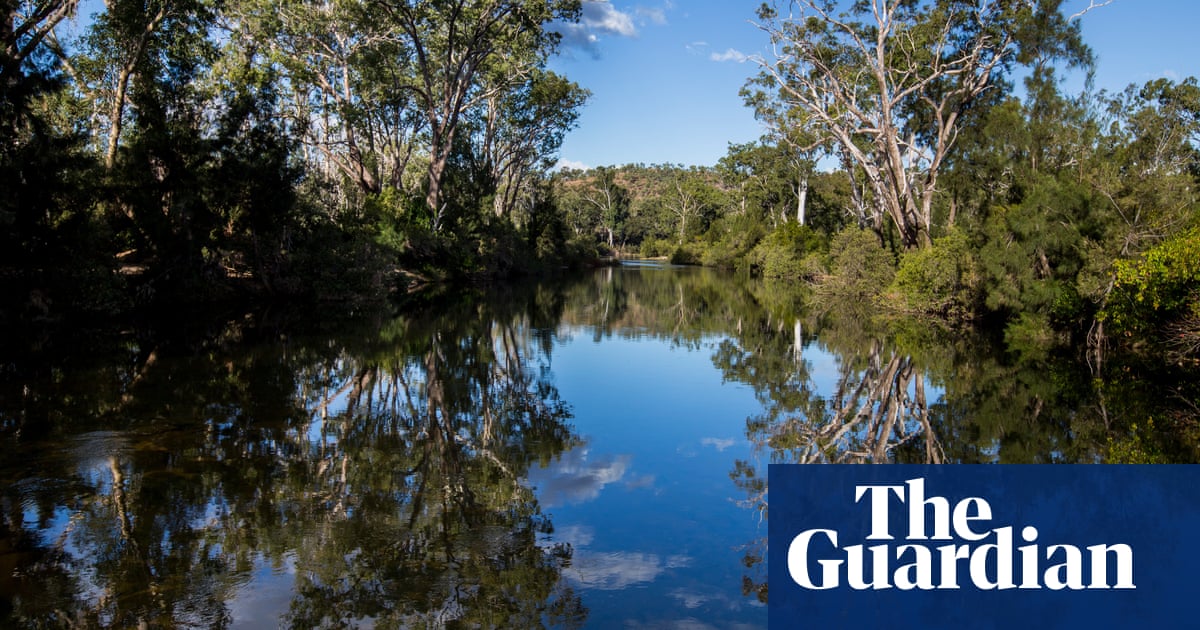 The idea of building a massive dam at Urannah Creek, on the slopes of the Eungella Range, has been a pipe dream in north Queensland since the late 1950s.

Over the decades, the project has been championed by a host of speculators, business groups and rural politicians. It has been studied and discarded more than a dozen times.

The latest iteration– a $2.9bn plan for a 1.5 trillion litre dam, pipelines, irrigation and pumped hydro electricity – has had the vocal support of prominent Nationals and LNP figures such as George Christensen, Barnaby Joyce and the state leader, Deb Frecklington.

And since the 2019 election, the federal government has given $12m from separate grants towards planning for what would be one of Queensland’s biggest dams. In its announcements, it said the beneficiaries of those grants would be a regional business association and a Brisbane-based renewables firm.

But Guardian Australia can reveal that in both cases – via non-transparent funding and subcontracting arrangements – the money ultimately flowed to a separate firm, run by prominent Queensland Liberal National party figures and donors.

The new project’s proponent and the recipient of the federal grants – Bowen River Utilities – is worth $100 on paper and run by John Cotter Jr, a former member of the LNP executive.

Guardian Australia makes no suggestion Bowen River Utilities or any associated individual has acted improperly, or that the company and its proposal should not be eligible to receive federal grant funding.

But the unusual structure of grant arrangements and announcements, which obscured the ultimate beneficiary and its links to the LNP, have prompted concern about the process and alarmed integrity experts.

Anthony Whealy, a former New South Wales supreme court justice and the chair of the Centre for Public Integrity, told Guardian Australia that ministers had an obligation to disclose the ultimate recipient of any grant.

“The failure to do so raises serious integrity issues, given the links between the LNP and Bowen River Utilities.”

In February this year the federal energy minister, Angus Taylor, announced a $2m energy grant would pay for a feasibility study to build a 1.5GW pumped hydro electric plant as part of the Urannah scheme.

The announcement identified Renewable Energy Partners Pty Ltd, a Brisbane-based renewables company, as the proponent of that project. 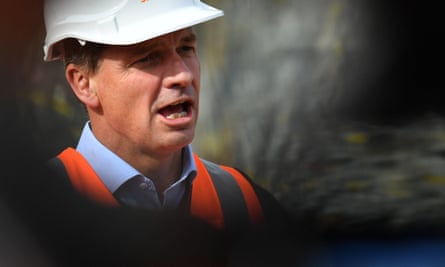 In a statement to the Guardian last month, the department said Blue Hydro Project was asked to apply because it was a “special purpose vehicle of Renewable Energy Partners Pty Ltd”.

However, company searches show that Blue Hydro Project is actually a subsidiary of Bowen River Utilities, which owns 80% of its shares. Renewable Energy Partners has a minority 20% shareholding.

When questioned about the company documents, the department backtracked and said its previous response implying Renewable Energy Partners was the sole owner was “an oversight” and not intended to be misleading.

“The department undertook due diligence processes to ensure Blue Hydro Project Pty Ltd was eligible to receive a grant.”

Taylor’s office sent a statement one minute after the department, which said the department had advised the minister that Blue Hydro was a special purpose vehicle of Renewable Energy Partners.

The statement said Taylor was not involved in the design of the grant guidelines or assessment of the project, other than approving a recommendation put to him by the department.

The $2m grant – from the government’s Supporting Reliable Energy Infrastructure program – was announced the same day as a $4m grant to Shine Energy, the proponent of the Collinsville coal-fired power station. Shine was then asked to apply for the money two days later. That process has resulted in calls for a parliamentary inquiry. 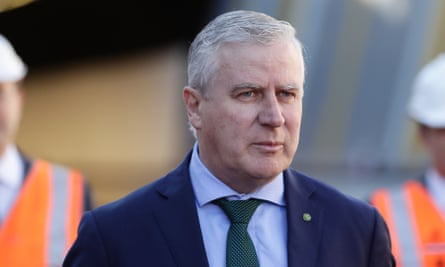 Before the 2019 federal election the deputy prime minister, Michael McCormack, announced a $10m handout to develop environmental approvals and a business case for the overall Urannah project.

“Make no mistake, you add water and you can grow anything,” McCormack said.

“The Urannah dam, once thought a pipe dream, [is] now a reality.”

That funding was formally granted to Bowen Collinsville Enterprise – an incorporated group comprised of local business leaders that conducted previous studies and had championed the project since the 1990s.

The arrangement involves Urannah Water Scheme being paid as a subcontractor to complete the $10m preparatory work on its own proposal.

According to a project schedule, about $5m of the $12m allocation should have already been paid.

There is no suggestion that Bowen Collinsville Enterprise has done anything wrong by handling the funds in this way.

But at no point in any federal government funding announcement was Bowen River Utilities or its subsidiaries mentioned, despite being the project proponent and the ultimate beneficiary.

The Guardian approached McCormack to ask whether he was aware of the involvement of Bowen River Utilities at the time, or its links to the LNP.

A spokesman did not address those questions. He said the grant under the National Water Infrastructure Development Fund was funded by the commonwealth but overseen by the Queensland government under a bilateral agreement.

Bowen River Utilities was created last year as an umbrella entity for the entire Urannah proposal and describes itself in documents submitted to the Queensland and federal governments as the proponent of the massive water project. John Cotter Jr is its sole director.

LNP sources say Cotter has been one of the party’s most effective fundraisers, though he has not been formally involved with the party’s administration for the past couple of years.

Bowen River Utilities also employs Jason Frecklington, the husband of Deb Frecklington, whose party backs the project as part of its plan for a new Bradfield Scheme. Deb Frecklington has said her husband’s employment was appropriately declared to parliament.

The suite of companies proposing the Urannah scheme were – until July last year – previously mostly owned by Initiative Capital, a venture specialising in public-private partnerships, owned by Cotter and his wife, Regina.

Bowen River Utilities and Renewable Energy Partners were both approached for comment, but did not respond.

“Anything we say or any truths we give won’t get a fair call, I don’t think. So we’re all good I think. No comment, it’s totally biased one way,” chair Paul McLaughlin said, before hanging up.

Each of the three elements of the Urannah project – the Urannah Dam and Pipelines Project, the Collinsville Irrigation Scheme and the pumped hydro power plant – was recently referred for public comment under the federal Environment Protection and Biodiversity Conservation Act.

Referral documents show the proponents have already undertaken significant consultation with major coalmine operators in the Bowen Basin about purchasing water from Urannah, which would hold up to 1.5 trillion litres, via a water pipeline to Moranbah. 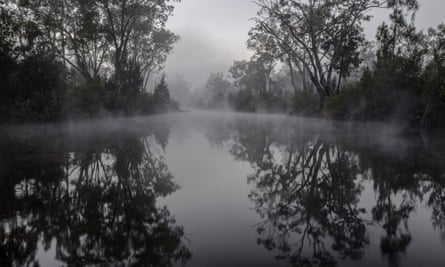 Urannah creek. The dam is opposed by Biri and Wiri traditional custodians, whose lands and rivers the proposed project is on. Photograph: Jeff Tan

The proposal has fierce opponents among Indigenous traditional owners, who control much of the land required for the dam via a native title organisation; though it is understood the project has some supporters among local elders.

The group’s coordinator, Peter McCallum, said the project risked “drowning some of our most beautiful and important habitats” and could further degrade the Great Barrier Reef.

“The proposed irrigation scheme will lead to increased runoff of sediment and farm chemicals that will degrade the reef,” he said. “The Urannah Creek flows into the Broken River, which is recognised as having the most erodible soils in the Burdekin River system. Increased intensive agriculture will accelerate the environmental damage.”

However, the project appears to have bipartisan political support. The Queensland government announced in May that Urannah would be granted “coordinated project” status.

“The absence of an effective federal anticorruption body precludes proper investigation into the grants,” he said.