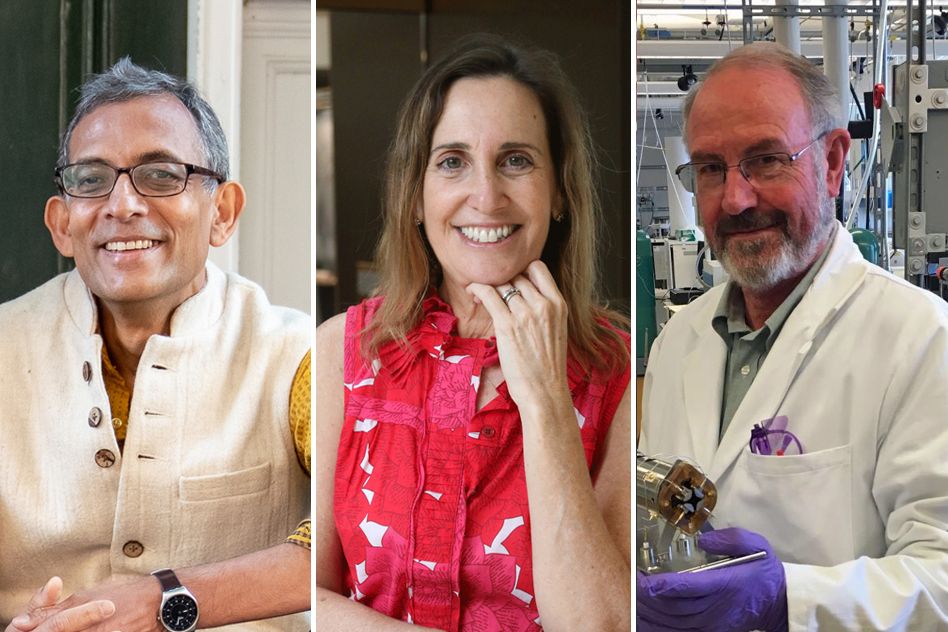 Abhijit Banerjee is the Ford Foundation International Professor of Economics, and in 2003 cofounded, with Esther Duflo and Sendhil Mullainathan, the Abdul Latif Jameel Poverty Action Lab (J-PAL). Banerjee’s groundbreaking research focuses on development economics and the alleviation of global poverty, work for which he shared the 2019 Nobel Prize in Economic Sciences.

He continues to serve as a director of J-PAL; he is also a past president of the Bureau for Research and Economic Analysis of Development, a research associate of the National Bureau of Economic Research, a Center for Economic and Policy Research research fellow, an international research fellow of the Kiel Institute, and a fellow of the American Academy of Arts and Sciences and the Econometric Society. He has been a Guggenheim fellow, an Alfred P. Sloan fellow, and a winner of the Infosys Prize.

Banerjee’s scholarship, in collaboration with fellow NAS member and MIT Professor Esther Duflo, emphasizes the importance of field work in antipoverty initiatives, in order to recreate the precision of randomized controlled trials (RCTs) and laboratory-style data within the complexity of ever-evolving social realities. The resulting RCT evidence reveals which poverty interventions really work, enabling governments, non-governmental organizations, donors, and the private sector to plan effective programs and policies for poverty alleviation. When Banerjee began his career, development economics was considered marginal in economic studies, a view that Banerjee’s work and high-profile achievements have helped to correct.

Bonnie Berger is the Simons Professor of Mathematics and holds a joint appointment in the Department of Electrical Engineering and Computer Science. She is the head of the Computation and Biology group at MIT’s Computer Science and Artificial Intelligence Laboratory (CSAIL). She is also a faculty member of the Harvard-MIT Program in Health Sciences and Technology and an associate member of the Broad Institute of MIT and Harvard .

After beginning her career working in algorithms at MIT, Berger was one of the pioneer researchers in the area of computational molecular biology and, together with the many students she has mentored, has been instrumental in defining the field. Her work addresses biological and biomedical questions by using computation in support of or in place of laboratory procedures, with a goal being to get more accurate answers at a greatly reduced cost. Combining genomic and health-related data from millions of patients will empower unprecedented insights into human health and disease risk. Berger transforms and creates techniques from algorithmic thinking to provide novel computational methods and software to enable biomedical data sharing and analysis at scale.

Berger is an elected fellow of the American Academy of Arts and Sciences, Association for Computing Machinery, International Society for Computational Biology (ISCB), American Institute of Medical and Biological Engineering, and American Mathematical Society. Recently she was recognized by ISCB with their Accomplishments by a Senior Scientist Award. She received the NIH Margaret Pittman Director’s Award, the SIAM Sonya Kovalevsky Lecture Prize, and an honorary doctorate from EPFL. Earlier in her career, she received an NSF Career Award, the Biophysical Society’s Dayhoff Award, and recognition as MIT Technology Review magazine’s inaugural TR100 top young innovators. She serves as vice president of ISCB, head of the steering committee for Research in Computational Molecular Biology, and member-at-large of the Section on Mathematics at American Association for the Advancement of Science (AAAS), as well as on multiple advisory committees and editorial boards.

Roger Summons is the Schlumberger Professor of Geobiology in the Department of Earth, Atmospheric and Planetary Sciences (EAPS) at MIT.

Working at the intersection of biogeochemistry, geobiology, and astrobiology, Summons’ work examines the origins and co-evolution of Earth’s early life and the environment, beginning with the first geological and geochemical records and microbially dominated ecosystems. As an investigator in the Simons Collaboration on the Origins of Life, he’s particularly focused on lipid chemistry of microbes important to understating Earth through deep time, organic and isotopic indicators of climate change, and biomarkers in sediments and petroleum.

Summons applies findings from this research to understanding life on Earth and the search for it elsewhere in the universe, recently on Mars. As such, he has served on three committees of the National Research Council: Committee on Origin and Evolution of Life, the Committee on Limits of Life, and the Committee on Mars Astrobiology. As an emeritus member of the NASA Astrobiology Institute (NAI) Executive Council and the head of the MIT team of NAI called the Foundations of Complex Life: Evolution, Preservation, and Detection on Earth and Beyond, Summons helped integrate this research with international science communities. Here, his group investigated factors that led to the evolution of complex life by examining processes and conditions that preserve biological signatures. More recently, Summons has contributed to Mars rover missions Curiosity and Perseverance, providing expertise on the preservation of organic matter from different environments on Earth and the red planet.

How the climate crisis is already harming America – photo essay