Power to the people: why clean energy must give more Australians a slice of the pie 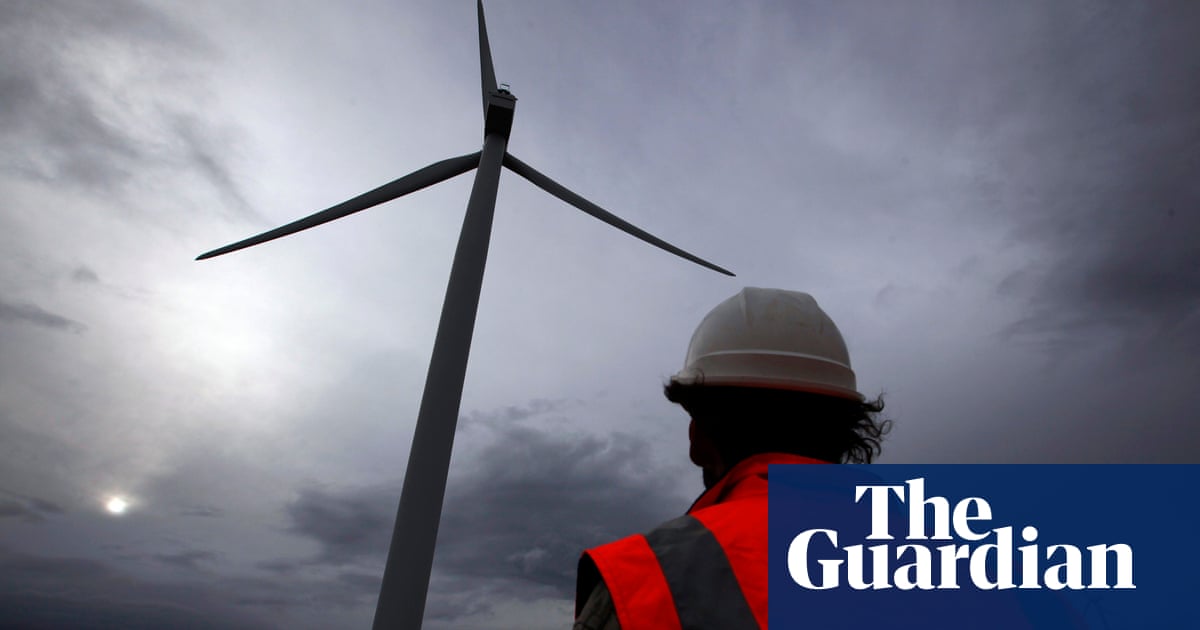 In August 2015, I spent a cold night at the old TAB Royal Hotel in Manildra (population: 765), near Orange in central New South Wales. It wasn’t familiar territory. A sign behind the bar yelled: “MEN: no shirt, no shoes, no service. WOMEN: no shirt, free drinks.”

My colleague and I, as part of the communications team for the renewable energy company Infigen, were there for an open day talking to community members about the company’s proposed solar farm nearby. The day had been quiet. A few locals wandered in, curious about our work, but mostly wielding questions about how they might get solar on their own rooftops. Our Sydney office staff had booked a more upmarket hotel in a larger town nearby for us, but once we arrived my colleague insisted on cancelling to stay at the Royal, which was only a few hundred metres from the planned site.

“I just want to support the really local businesses, you know,” my colleague told me. It is an important habit. When a solar or windfarm is being built, the people who build it stay nearby, they eat and drink at local shops, and they procure materials and services from local businesses. This is a significant boost for regional towns that, in the past few decades, have suffered a variety of stressors, including drought, and, more recently, a drop in tourism due to bushfires and Covid-19.

Supporting local business is necessary, but insufficient as a tool for ensuring full participation in the clean energy transition. Employment and economic benefits associated with development and construction are significant, but, once operational, wind turbines and solar panels do not require the same level of active human involvement as traditional power stations like coal and gas. Renewable energy is cheap partly because it requires little human intervention, and that low cost translates into lower electricity prices for everybody. It also means more money can be given back to the community in other ways.

Renewable energy jobs rely mostly on new growth, rather than existing projects. But the “jobs” narrative around renewable energy has, problematically, failed to provide clarity about this temporal skew. This is borne out in the Australian Bureau of Statistics’ figures on wind power employment, which show that the number of jobs in the wind industry has remained steady, even though the number of wind turbines in Australia has increased significantly (see graph below). 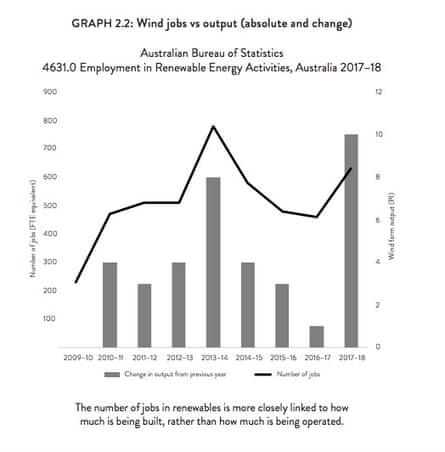 The three categories of traditional sharing of benefits from wind power projects – landholder payment, community enhancement funds, and jobs and economic benefits during construction – bring important and positive changes to communities. But together they have been insufficient in addressing a powerful perception of injustice, disconnection and unfairness felt by those living near the big new manifestations of climate action.

Technologies, when built, are fiercely opposed, but are soon welcomed once their benefits are spread more equitably across neighbours. Andrew Dyer pointed out a precedent in the early days of mobile phone towers: “I think there’s lots of parallels. There’s a mobile phone tower 200 metres from our house. I don’t recall any protests or issues about that.” 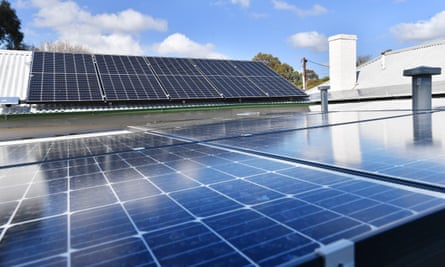 Renewable energy is, for both wind and solar, a marker of change. Photograph: David Mariuz/AAP

He’s right. Public objections to mobile phone towers, like we saw in clips from the mid 90s, aren’t dominating the nightly news. Things have changed. “I think over time people are more accepting of something they know is a benefit. What’s changed attitudes to towers has been the smartphone – when you realise it’s not just a rich person in their Rolls-Royce with a car phone driving ‘cancer-causing’ mobile phone towers to be erected, it’s actually the thing that gives you Facebook access and lets you see what your nieces are up to, it makes you far more tolerant.”

Is there a way to make renewable energy as directly beneficial to those living nearby as mobile phones have been to those of us plugged into the world via social media? Dyer strikes at the heart of the problem. Renewable energy is, for both wind and solar, a marker of change. It is a physical and aesthetic alteration, as the landscape is transformed within months, in front of the eyes of those who have gazed at the same shapes for decades. It is an ideological change, as our species seeks to capture and utilise its lifeblood – energy – in a totally new way. It is a political change, whether we like it or not.

For so long, the narrative around opposition to renewables was that these people were resistant to change, but I challenge that. I argue that they are, in fact, far more welcoming of change than we expect, and are furious at having been shut out of being a direct participant in it. The benefits of renewable energy are already known by some, but they have not been properly made available to people who have been screaming out for a slice of the pie.

In 2012, researcher Nina Hall led a report on behalf of the CSIRO into social acceptance of windfarms in Australia. She pointed to “psychological identification” as a key goal for local responses to renewable energy, as opposed to more passive “approval”.

“Psychological identification” strikes me as something that could be more simply described as love – a passionately happy and optimistic response to being granted the right to actively participate in the process of resolving the biggest problem in the world. “This effectively dissolves the us/them boundary,” wrote Hall and her colleagues. 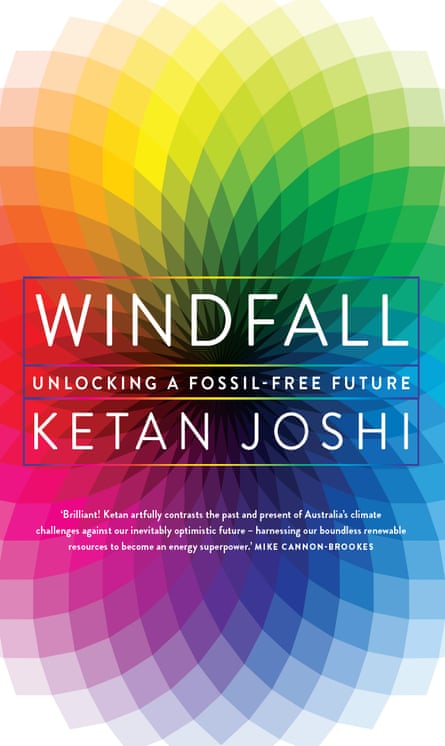 A paper by community energy researchers Jarra Hicks and Nicky Ison outlined significant opportunities for rural communities in Australia when participation in clean energy significantly increased. “While [community renewable energy] is a new sector in Australia, many opportunities exist for it to contribute to addressing climate change, community development and rural economic health,” they wrote.

The potential for greater participation is vast. Every new technological change required over the coming decade, including the growth of solar and transmission networks, new hydro and new batteries, could be subject to its own wind turbine syndrome–style campaign. Renewable energy needs to earn broader and stronger support from the communities that host it, through better participation and more equitable benefit sharing. Other countries have seized on the task of rapid construction of new forms of electricity generation, but largely avoided the serious and long-lasting delays that stem from community backlash. Australia has so much to learn from their experiences.