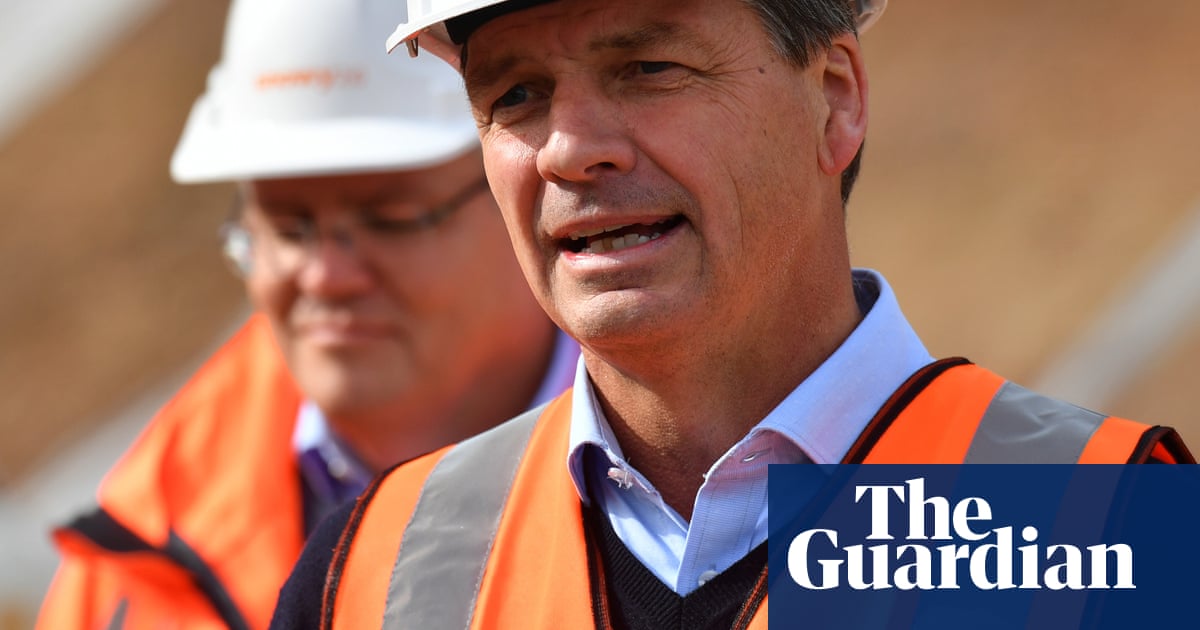 The Morrison government has been accused of planning to open up the taxpayer-owned green bank to fossil fuels investments through a change that explicitly defines gas-fired power as a “low-emissions technology”.

The energy and emissions reduction minister, Angus Taylor, introduced legislation to parliament on Thursday that would give the Clean Energy Finance Corporation an additional $1bn funding for a “grid reliability fund”.

Taylor said the new fund would be used to encourage private investment in infrastructure needed to balance electricity generation from solar and windfarms – battery and pumped hydro storage, “dispatchable” power plants that can be ramped up as needed, transmission projects and technologies that stabilise the grid.

It would also allow the CEFC to administer a long-promised underwriting program for new electricity generation announced before last year’s federal election. The government has released a shortlist of 12 projects being considered for support through the controversial program – six renewable energy, five gas and one coal.

Under Taylor’s proposed legislative changes, the CEFC’s definition of low-emissions technology would be expanded to include any projects that “support the achievement of low emission energy in Australia”. An explanatory memorandum says this could include “certain types of gas-fired electricity generation” but coal would not qualify.

The bill would exempt the grid reliability fund from a CEFC requirement that at least 50% of funding must go to renewable energy. The fund would also be freed of a rule that individual CEFC investments have to deliver a return for taxpayers, though it would need to overall.

Taylor told parliament: “To ensure we can continue to be a world leader, we must back more grid reliability investments, such as flexible gas generators or significant pumped hydro projects.”

The Australian Energy Market Operator last month found additional gas-fired power was an option, but not essential, for an electricity grid increasingly based on renewable energy, and gas prices would need to stay at lower levels than expected if it was to compete with pumped hydro, batteries and other alternatives.

Labor’s climate and energy spokesman, Mark Butler, said the opposition was yet to form a view on the proposal but criticised the government for previously trying to abolish the CEFC.

“Labor established the CEFC, we have consistently protected the integrity of the CEFC as a renewable energy financing body, and we will continue to do so,” he said.

The Greens leader, Adam Bandt, said the proposal to define gas as low emissions was “Orwellian”.

“This is nothing more than a shameless attempt to bankroll gas corporations with public money meant for renewables,” he said. “The Greens are calling on Labor to join us in the fight against a gas-loving government that is hurtling us towards climate catastrophe.”

The CEFC was created in 2012 under a deal between Labor, the Greens and independents with a mandate to invest in renewable energy, low-emissions technology and energy-efficiency projects that would deliver a return.

Introducing the legislation to create it in 2012, the then climate change minister, Greg Combet, said gas may “technically be eligible for funding as a low-emissions technology” but was not expected to win backing as it had a track record in getting financed.

Gas is often described as having about half the emissions of coal but studies have suggested this could be more due to leakage of methane, a particularly potent greenhouse gas. In addition to being burned to create electricity, gas is used as a feedstock in some manufacturing industries.

Richie Mezian, the climate and energy program director at the Australia Institute, said the proposed amendments would transform the CEFC “from an explicitly profit-making investor of renewable energy projects for the Australia to a potentially loss-making underwriter of fossil fuel projects”.

Jonathan Moylan, a Greenpeace campaigner, accused the government of trying to give gas an unfair competitive advantage over batteries and renewable energy, despite them being cheaper. “Instead of making money from fossil fuels, the government is seriously considering handing them public money and not expecting anything in return,” he said.