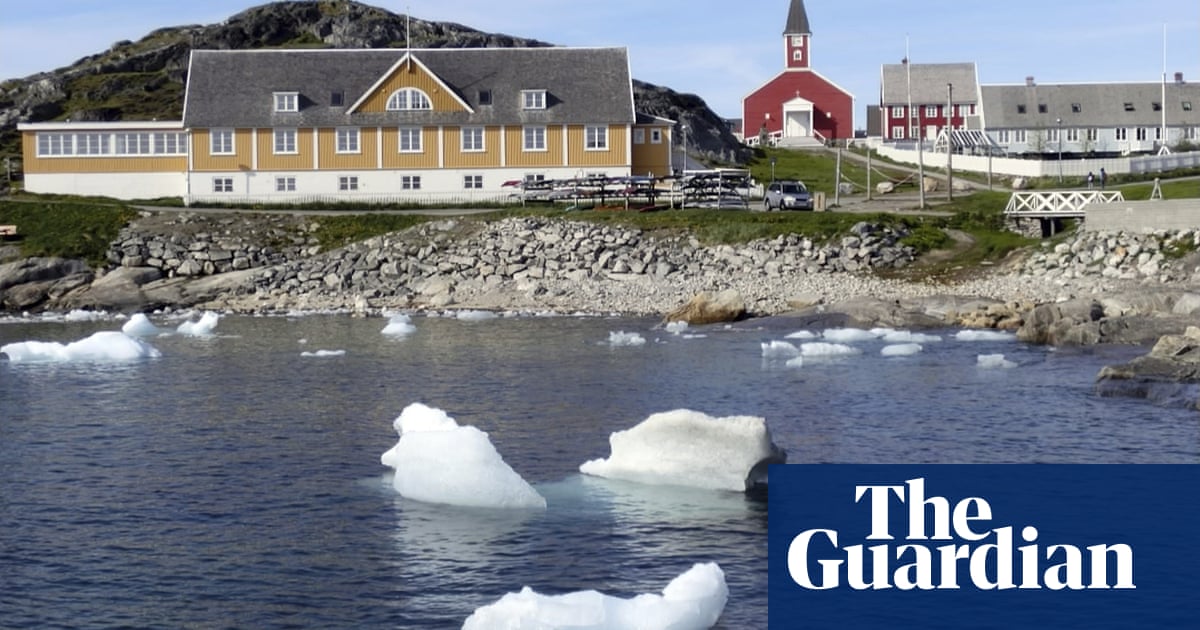 Penned in by major land masses, most ice that forms in the Arctic Ocean stays there for the duration of its existence, typically one to four years before melting. Some ice, however, escapes the ocean through a handful of passages and then drifts south. That is the origin of the sea ice pictured here. When this image was taken in July, the ice had drifted more than 1,000km (600 miles) from the Arctic Ocean. The wide view above, acquired on 2 July with the Moderate Resolution Imaging Spectroradiometer (Modis) on Nasa’s Aqua satellite, shows sea ice hugging the coast of east Greenland