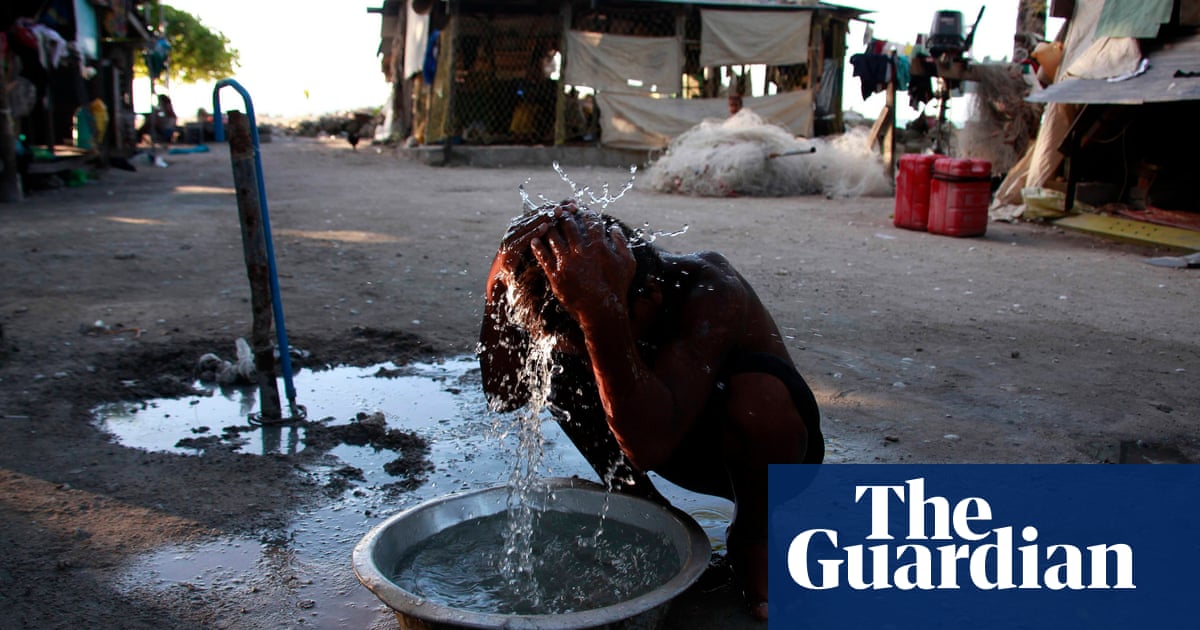 Papua New Guinea’s battle against a climbing rate of Covid-19 infections is being hampered by the most basic of shortages – access to clean water –public health experts have warned.

Case numbers have jumped from just 11 cases two months ago to 424 on Friday, with four deaths. And efforts to contain escalating case numbers throughout the archipelago, and to prevent outbreaks across the Pacific region, are being hamstrung because thousands cannot access clean water for hand-washing and cleaning, the region’s key development agency says.

“The latest statistics indicate that 55% of people in the Pacific have access to basic drinking water … the lowest in the world,” said David Hebblethwaite, leader on water security and governance at the Pacific Community. “In terms of access to sanitation, we have crept just below sub-Saharan Africa … this is clearly a health issue related to hygiene and handwashing.”

After an initial outbreak in the capita, Port Moresby – with cases centred on healthcare workers at the country’s largest hospital – infections have now been detected across PNG, including in rural provinces such as the southern highlands, Morobe and the autonomous region of Bougainville. The actual rate of infection is likely many times higher than the official figure: fewer than 16,000 tests have been conducted across the entire country since the pandemic began. 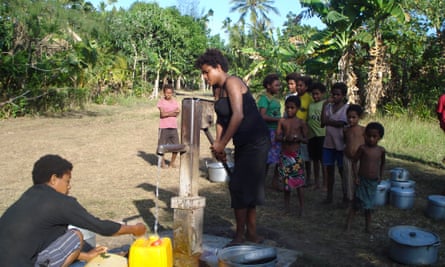 People line up to collect water in plastic containers and cooking pots from a communal pump in a rural community in Madang Province, Papua New Guinea. Photograph: Catherine Wilson/The Guardian

PNG’s outbreak is a tiny fraction of the more than 21 million coronavirus infections worldwide, but the risk lies in the fragile ability of Pacific island nations to control rapid infection through vulnerable communities.

Many rural villagers in Morobe Province in the north-east of the country do not have a source of water close to their communities. In Intoap village in Morobe’s Markham Valley, Maria Linibi tells the Guardian that access to water during the pandemic – when having clean water was even more vital – was an even greater struggle.

“The rural women would like to have access to water and sanitation so they can protect themselves and their families from Covid-19, but this is very difficult because the movement of people is restricted and so is transportation,” she said. “We cannot go and get it.

“The carting of water is done by women. Some have to carry a 20-litre water container on their back a long way from the village to the stream or the well and back and they usually take their children, too, so they can help with the carrying.”

World Vision’s PNG national director, Heather MacLeod, says without access to clean water “our people cannot wash their hands and protect themselves against the spread of Covid-19 and other diseases”.

“The eventual result would be a spread of the disease on a massive scale.”

It is something of a paradox that Pacific island countries, scattered across the vast “Blue Continent” that is 165m sqkm of the Pacific Ocean, struggle to find enough water to drink and stay healthy.

Small and low-lying island countries, such as Nauru, Kiribati, and Tuvalu, have scarce surface reserves of freshwater and rely on rainwater, which can be affected by droughts, and the desalination of seawater.

PNG, by contrast, receives more than 3,000mm of rain a year, but the country’s infrastructure to store and distribute safe treated water is under-developed.

Efforts to improve the supply of piped water in the ballooning informal settlements of towns and cities, and ensure the safety of water in rural villages separated by long distances and arduous terrain, have not kept pace with population growth.

Here, residents often fend for themselves, collecting water from ground wells prone to contamination by human and man-made waste, or by capturing rain. 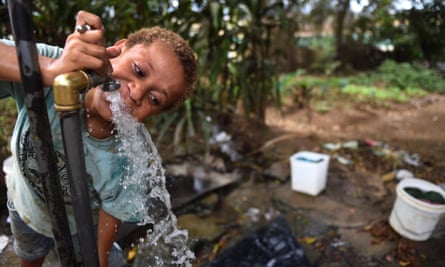 A child drinks water from the only tap for more than 100 people in a shanty town in the suburb of 9 Mile in Port Moresby, Papua New Guinea. Photograph: Mick Tsikas/AAP

Even before the Covid-19 pandemic, waterborne and related diseases such as diarrhoea, cholera and malaria were already endemic across the Pacific.

Children are especially vulnerable: diarrhoea is a leading cause of death in those under five years of age in PNG and the Solomon Islands.

The survival rate of young children has increased in recent decades, but the under-five mortality rate in PNG is still about 47.8 per 1000 births, above the world average of 39.

One of the most neglected diseases in the Pacific is childhood stunting, Hebblethwaite says. The impaired physical growth and development of children is often due to malnutrition and repeated infections, such as diarrhoea, and there has been little progress in reducing its rate. “Access to safe water and hygiene in communities is a key factor,” he said.

Already fragile, water security in the Pacific will be weakened further by the impacts of climate change, with rainfall forecast to become less reliable over coming decades.

Chalapan Kaluwin, professor of environmental science at the University of Papua New Guinea, says “climate change, variability, sea level rise and warming of the oceans with temperatures greater than 4℃ will influence the quality of freshwater and water resources of all Pacific island countries”.

A severe drought during an El Nino weather pattern in 2015 and 2016 caused life-threatening water and food shortages across PNG.

While scaling up water coverage will require greater investment, Hebblethwaite argues there is room, too, to better manage existing resources.

Desalination plants across the region have broken down or fallen into disrepair, while more robust water tanks will better withstand extreme weather.

“And there is a lot that communities can do to get the most out of what they already have,” he said. “There are ways of collecting more groundwater and there are simple rainwater harvesting techniques.”