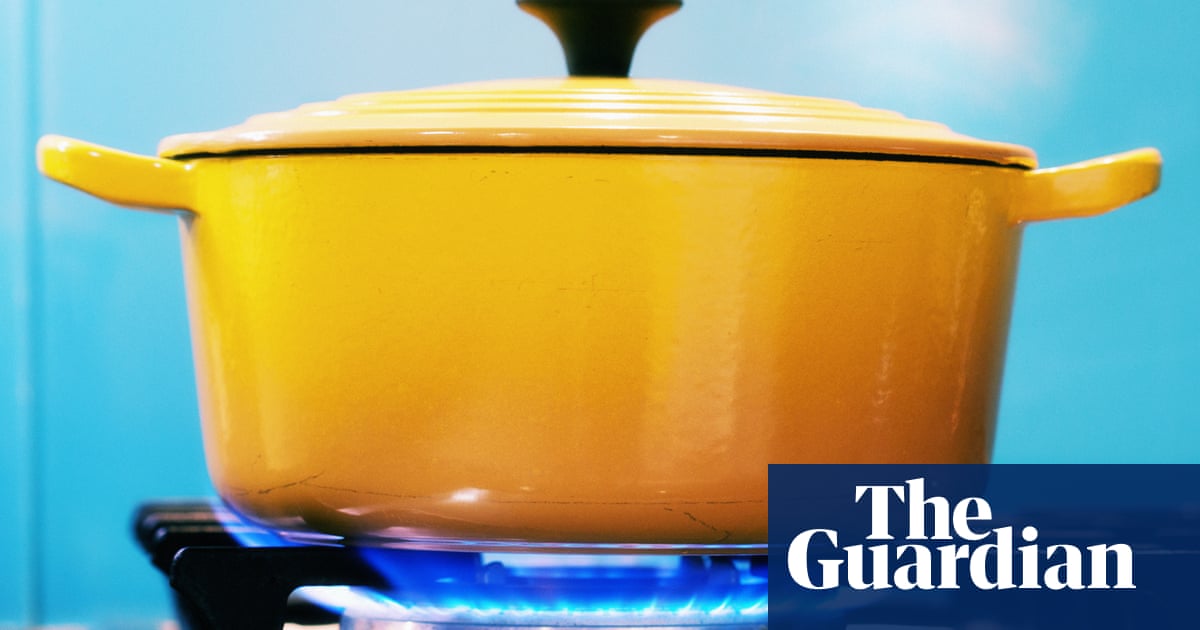 Nikki Phillips has made a living cooking in strangers’ kitchens. As the co-owner of a catering company, Shared Affair, she always makes a request before arriving at a client’s home. “I … ask for a picture of the stove, so I know what we’re dealing with.”

If the photos show the clapped-out coils of an older electric stove, she goes straight to plan B. “I just bring gas burners with us. I don’t even bother.” Between portable stoves and hot box ovens “we can set up a kitchen inside the kitchen”.

“Electric, I think, is rubbish. There’s no temperature control and no standard,” she says.

Despite this, Phillips is no gas evangelist. In fact, she suggests “in an ideal world” most cooking would be electric – “it would be better for the environment”.

A future without gas stoves is already looking likely for some Australians. In the Australian Capital Territory, plans are underway to phase out domestic gas use, and gas infrastructure is no longer required for new suburb developments.

“The fact is, natural gas is a polluting fossil fuel and we must eventually phase it out in favour of clean energy,” says the ACT’s minister for climate change and sustainability, Shane Rattenbury. With uncertainty around gas prices, Rattenbury says the move “is also good for household bills”.

In 2018 he co-authored a study in the Medical Journal of Australia that found gas-burning stoves exacerbated childhood asthma. “We know that with gas cooking in particular, unless there’s good ventilation, sometimes the levels [of pollution] inside the house can be significantly higher than outside.”

“Gas is the only form of cooking that’s widely used in Australia where you’re actually burning the fuel in the kitchen.”

What are the alternatives?

There are two options for those keen to phase gas out of their cooking, explains Fiona Mair, a test kitchen coordinator at consumer affairs group Choice. “You’ve got the induction cooktop, and you’ve also got the ceramic, which looks the same as an induction but it has got electrical coils.”

Mair has been testing stovetops for 23 years and notes that in the past five years she has seen a significant improvement in ceramic electric cooktops. She says they “have improved with efficiency and heat-up times” and are now “just generally easier to use and clean”. 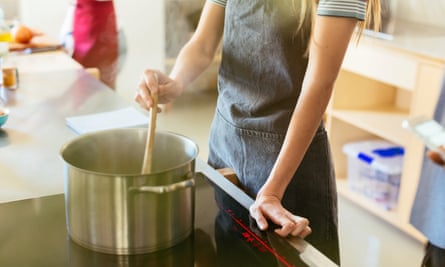 While it’s necessary to use gas for commercial cooking, Phillips believes that “for a home cook, induction is actually the way to go”. She notes that induction heats food much faster than gas or electric stovetops – in fact, she uses a portable induction stovetop in her commercial kitchen for boiling water and making stock. Induction cooktops are also significantly easier to clean.

Because induction cooking directly heats the pot or pan, rather than heating an element that then heats the bottom of the pan, Phillips says induction stovetops are also safer “because it never gets hot”.

Mair says induction cooking can be more energy-efficient than ceramic stovetops because of the reduced cooking time. Choice tests have found “induction is the fastest to boil water with an average of two to three minutes where ceramic takes seven minutes”.

There is a significant difference in price. “Induction is more expensive, definitely, but they’ve reduced in price and you can pick up a reasonable one for around $600 – but you can pay up to $4,000,” Mair says. “Ceramics are a reasonably priced cooktop, and we’ve found that over the testing they’re improving so much. They’re cooking well, they’re heating up faster. They’ve got more accuracy in settings and temperatures. I think you can pick one up for around $400 to $500.”

In addition to costing more upfront, induction cooking also requires specialised pots and pans. “I’ve been to people’s houses and they’ve said, ‘My stove doesn’t work,’” says Phillips, but in reality “they don’t have the right pots”.

To work on an induction stove, cookware must have a ferrous (iron containing) base that a magnet will stick to. Cast-iron pans work, but the light aluminium pans favoured by many chefs for their even cooking, affordable price and durability won’t work on induction stoves. That’s one of the reasons induction cooking is uncommon in commercial kitchens, says Phillips, “to change over all of our pots would be thousands of dollars”.

When to consider switching

If you have a gas stove in good working order and enjoy cooking with it, you should continue to do so. Felicity Wade, co-convenor of the Labor Environmental Action Network (Lean), says “it’s not preferable to throw out working appliances and most people can’t afford to do so”.

Lean’s Victorian branch has begun a campaign to phase out gas appliances in homes, but Wade is quick to emphasise that this kind of transition is a process, that must be undertaken hand in hand with “good behavioural change policy” that makes switching easier. “There’s a lot of work we need to do before looking at … stoves,” she says. However, if you’re already considering purchasing a new stove, you “should consider doing the switch and governments should be providing incentives to do that switch”.

If health concerns are the biggest factor in moving away from gas, Knibbs suggests that “people who have children at risk of asthma, or who have asthma, may want to consider alternate forms of energy”.

He also says that a high-quality ducted range hood, that removes air to the outside, rather than recycling it, does a lot to mitigate the risks posed by gas cooking. 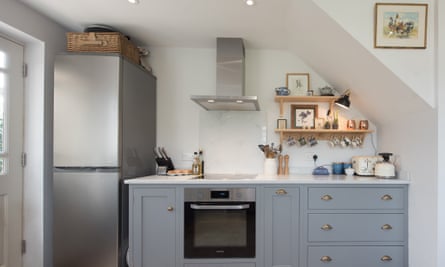 A good range hood is comparable in price to a ceramic or cheaper induction stovetop. Photograph: John Keeble/Getty Images

For those who live in apartments where it isn’t possible to install this kind of range hood – or who simply cannot afford one – opening the windows whenever you cook is a good alternative. It is also worth noting that a good range hood is comparable in price to – and sometimes more than – a ceramic or cheaper induction stovetop.

But what if you love your gas stove?

“A lot of chefs and people who love to cook like [gas] because you can be a bit rough with it,” notes Mair. Induction and ceramic cooktops have glass surfaces that mean “you have to be a bit more careful, especially with cast-iron”.

On top of that, there’s the precision in temperature control. “I can look at a big flame and know exactly how hot it will be,” says Phillips.

Some cooking techniques, like flambéing, are much more difficult (though not impossible) on an electric stove. And Phillips says, “I don’t think you can replace the flavour of cooking over flame.”

With those factors in mind, Mair and Phillips both suggest a flexitarian approach to gas cooking. “I always say to people, because I like gas, if you’re building a new kitchen … try and combine both,” Mair says. If you have one gas hob “you can cook that really good high heat stir-fry” but the rest of the time, you can use a more efficient induction hob. 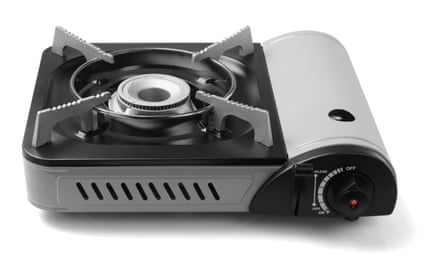 If you only want to cook with flame occasionally a portable gas burner is an alternative to having a gas stove. Photograph: design56/Getty Images/iStockphoto

Phillips believes that, after an initial discovery period, most home cooks will get used to the stovetop they have, so a preference for gas shouldn’t dissuade people from switching. “A little Weber and induction” is what she’d recommend. “Or if you’re in an apartment and can’t have a barbecue, there are portable gas burners if you really want that open flame. That gives you the important cooking parts.”

Knibbs says that cooking with gas outdoors, is “very much negligible risk” when it comes to the burning of the gas itself. “Just watch all the smoke coming off your outdoor cooking.”

A forum for female voices in international security